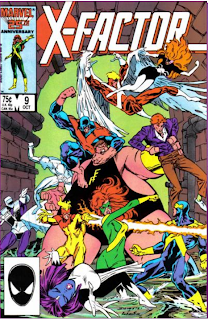 In a Nutshell
X-Factor battles Freedom Force as the Mutant Massacre begins.

Plot
In Central park, Freedom Force confronts Rusty and Skids, but they manage to slip away again. Outside the park, X-Factor attempts to locate Rusty, but they spot Magneto entering the Hellfire Club. Jean wants to go after him, but is stopped by the others. Freedom Force catches up to Rusty and Skids, but they are attacked by a crowd who believes they're mutants attacking an innocent human. X-Factor arrives and manages to break-up the fight, reluctantly letting Freedom Force go. But in the confusion, Rusty and Skids slip away again and head underground, towards the Morlock Tunnels. At X-Factor headquarters, Artie psychically sees Rusty and Skids entering the tunnels, along with a deadly massacre being carried out. He tries to warn Hodge, who ignores him, so he traces an image of Rusty on the wall and heads into the tunnels himself. Returning to headquarters hoping to find Rusty, X-Factor discovers Artie's message, and changes into their X-Terminators gear to head into the tunnels after the boys. 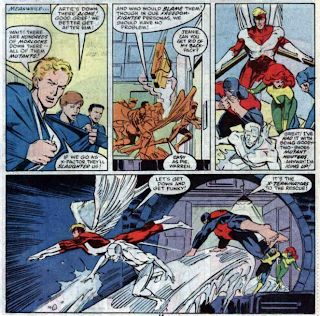 In the tunnels, Artie runs into Leech and Caliban, just as Rusty and Skids discover a body and are discovered in turn by Freedom Force. As Blob bashes Rusty into unconsciousness, the X-Terminators arrive, and a melee breaks out between the two teams. As Skids tends to the injured Rusty, Freedom Force ultimately pulls out as Destiny decrees that should they stay in the tunnels any longer, they will die. With Rusty injured and Artie still missing, X-Factor splits up, with Marvel Girl and Angel taking Rusty and Skids back to their headquarters while the rest search for Artie, who is currently hiding in fear with Caliban and Leech from the sounds of slaughter all around them. Later, at the Pentagon, Val Cooper admonishes Freedom Force for failing to capture Rusty, while Mystique decides to call Trish Tilby and expose the connection between X-Factor and Warren Worthington.

Firsts and Other Notables
Artie meets Leech, the Morlock child with the ability to dampen powers, for the first time, kicking off what will become a long pairing between the two young characters. 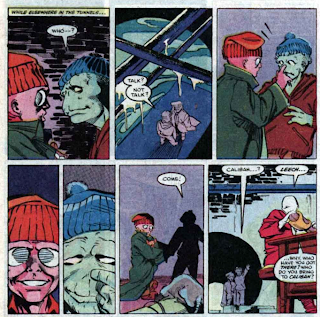 Artie also runs into Caliban, beginning that character's involvement as a supporting character in this book.

The Magneto/X-Factor crossover from Uncanny X-Men #210 is revisited and shown from X-Factor's perspective in this issue. Just as Magneto wondered what could have led the original X-Men astray in X-Men #210, here X-Factor wonders what Xavier could have been thinking handing over the school to Magneto, but find it fitting in a world where the Brotherhood of Evil Mutants are federal agents. 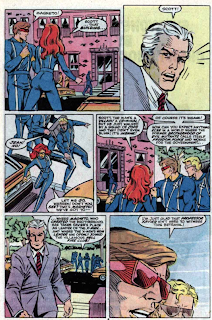 Hodge is openly hostile towards Artie, the first real obvious indication that he is more than he seems. 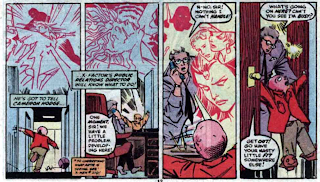 This is the last time we'll see Spider-Woman as a member of Freedom Force, as she will leave the team in the course of their next appearance in Avengers Annual #15, when they're tasked with arresting the Avengers. In the course of that story, Spider-Woman will realize the true colors of her teammates and resign.

Terry Shoemaker fills in on pencils, in advance of Walt Simonson's arrival. Shoemaker will become something of this book's unofficial fill-in penciller, at least at until Peter David comes aboard (I think he also does some New Mutants issues later in that book's run). Reading this issues for the first time shortly after getting into comics in the early 90s, I've never been a big fan of his work, as it seemed to lack the dynamism and larger-than-life figure work of the Image guys who were dominating art at the time. Revisiting it now, it's not nearly as bad as I remember, but still very workmanlike and unexciting.

A Work in Progress
It's established in this issue that Skids' force field is always "on". 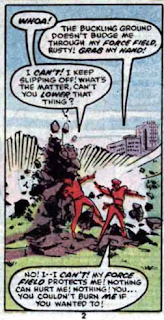 The Alley, the central Morlock tunnel, is once again said to be a mile underground.

Destiny spends most of the issue forseeing nothing but death, particularly surrounding X-Factor, a hint at stories to come. 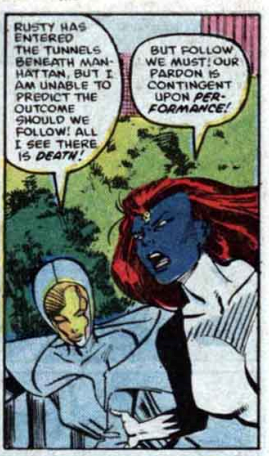 As X-Factor battles Freedom Force as the X-Terminators, they are recognized by Blob as being the original X-Men, and believing the X-Terminators to be evil mutants, Destiny notes she saw a future in which Cyclops turned evil, and believes this to be a culmination of that vision, though I don't believe anything comes of this offhand comment. 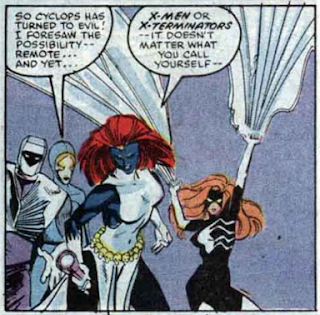 Following their battle with X-Factor, Mystique makes the connection between Angel and X-Factor. 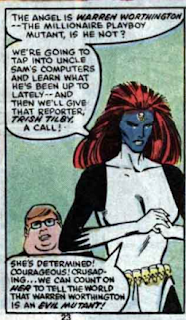 Human/Mutant Relations
Beast admonishes Trish Tilby, saying her kind of sensationalist reporting is doing as much harm for mutants as X-Factor may be doing, which while not technically incorrect, seems a bit like he's trying to shift blame. 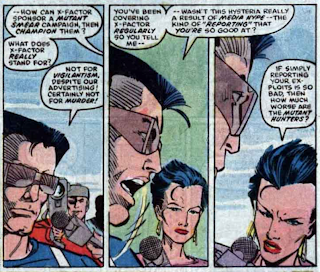 The crowd gathered outside Central Park turns on Freedom Force as they attack Rusty, believing the mutants to be harassing a regular human. 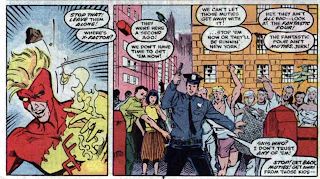 Teebore's Take
Like Uncanny X-Men #210, this issue has a lot going on in it, and a really great sense of impending doom building throughout. Continuing the series examination of human/mutant relations (brought on in large part out of necessity, due to the book's ill-advised initial premise), once again, human cops express solidarity with the believed-human members of X-Factor, even over such "establishment" groups as the Avengers. Taking this idea even further, even Freedom Force is attacked by a mob, who believes the federally-mandated mutants to be attacking otherwise-normal humans (of course, another layer is added to the situation by the fact that Rusty and Skids are in fact mutants). All of this culminates in Mystique becoming the first person to make the connection between Warren Worthington, the publicly-known Angel, and X-Factor, removing one more of the "duh" elements from the book's premise.

Meanwhile, throughout all the various conflicts, a sense of dread hangs over this issue, setting up the events of the next several issues. Destiny spends most of her time freaking out about how all she sees is death. Rusty and Skids seek sanctuary in the Morlock Tunnels (where, thanks to X-Men #210, we know the Marauders are heading) and trip over a body. Artie chases after Rusty, meets Leech and Caliban, then overhears cries of pain. Then Rusty gets injured and X-Factor is forced to split up as all hell breaks loose in the tunnels. It's a breathtaking, action-packed issue that perfectly positions things for the chaos ahead, and the end result is one of the series' more engaging and engrossing issues yet.

Next Issue
It's an annuals week, as we look at New Mutants Annual #2, Uncanny X-Men Annual #10, and Web of Spider-Man Annual #3 (and also Amazing Spider-Man #282).
Newer Post Older Post Home
Posted by Austin Gorton at 12:00 PM