A new season of TV is upon us and with it comes new television series. I've actually watched a bunch of pilots this season so why not blog about it? Here is my analysis of the pilots I saw and my predictions on how well the series will perform.

The Blacklist: The Blacklist is...OK? This is the type of show I'd be very excited about 3 to 5 years. You've got an overall mystery in what Raymond Reddington's motives are, intrigue as to what's so important about Elizabeth Keen and questions on what the hell is up with her husband. But this is 2013 and my belief that series long mysteries end with a satisfying conclusion has been completely destroyed. So I'm very skeptical that this series' story will result in something worth watching. It is possible some individual episodes will be fun, though.

Prediction: As the season unfolds there will be ridiculous plot twists, giant conspiracies, Reddington's omnipotence will reach ludicrous levels, viewers will get impatient about not getting answers so they'll be served unsatisfying, plot-hole-filled half answers and the whole show will become a parody of itself. But it's NBC and they still believe themselves to be a television network. They need SOMETHING to show so The Blacklist will get at least two seasons.

Brooklyn Nine-Nine: It made me smile a few times. It's tough to rate comedies after their first episode. I've never seen a comedy pilot that has been particularly good. Maybe Modern Family. Most comedies take a few episodes or even half a season to hit their stride (if they're going to hit a stride). This series showed some promise. There were some good one liners ("OK, I'll just find a movie better...than...Citizen Kane...") and the Andy Samberg and Andre Braugher pairing has potential.

Prediction: I think this show will have some amusing episodes and some bad ones. But it just doesn't feel like Brooklyn Nine-Nine will make it past one season. 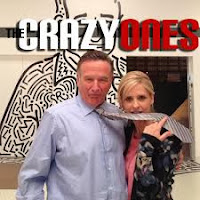 The Crazy Ones: Simply setting this show in an ad agency doesn't make this a ripoff of Mad Men. (Heck, it takes place in a completely different time period from Mad Men.) At the same time, because it is set in an ad agency, it's main character is supposed to be an expert on the creative side and since he even does pitches to clients it's hard not to think of Mad Men. Once you're being compared to Mad Men you're already behind the 8-ball.

I know this is a sitcom and Mad Men is a drama but I'm perfectly serious when I say I've seen many Mad Men episodes that were funnier than this pilot. The whole show seemed lost from the start. It wasn't even sure what it wanted to be. The Crazy Ones had to just rely on the humor of Robin Williams and that's no place you want to end up. He wasn't funny and trying to sell his jokes by having other characters laugh just reflected poorly on those characters.

Oh, and having your pilot feature the agency in peril and possibly losing its biggest client is putting the cart before the horse. I just started watching this show. I'm not invested in anything that's going on. Why should I care if this ad agency goes under?

Prediction: I would say this show wouldn't even get a mid-season pickup but this is CBS so maybe it'll get boffo ratings because, as Teebore would say, old people don't know how to change the channel after "The Wheel."

Back in the Game: I had barely heard anything about this show. I ended up watching this pilot because I decided I was going to do this post and happened to be home when it was on and it's not like have a life or anything. I didn't even know what it was about. I was actually rather pleasantly surprised.

This is a show about a woman and her child having to move in with her crass, drunken, ex-minor league baseball player\manager father. Her child isn't very athletic and doesn't make the little league baseball team so the mom, a softball player in her own right, decides to start a new Bad News Bears-esque team and ends up, reluctantly, accepting the help of her father.

This show has some promise and I did laugh a few times so I'll give it a chance. However, I couldn't help but feel I was watching a watered down version of Eastbound and Down.

Prediction: I think this show will find a groove and be reliable entertainment a third of the way into its first season. However, it'll probably be too tame for the premium channel/FX sitcom show crowd but not tame enough for the more family orientated crowds. The end result will be a respectable sitcom that gets cancelled after one season. (Pretty much another Go On.) 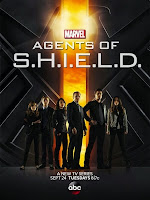 Marvel's Agents of S.H.I.E.L.D. felt pulled in many different directions. Can a show be about S.H.I.E.L.D. helping people with special powers, the mysteries of S.H.I.E.L.D. itself (Coulson's revival, presumably other government secrets), the ethics of an all powerful government organization and the affects a world filled with super powered humans and aliens capable of leveling cities has on average citizens? I guess we'll find out.

Masters of Sex: This was an interesting pilot looking at the juxtaposition of two people trying to study sex in the relatively prudish 1950's. But it also explores how performing these studies affects Doctor Masters and his assistant's personal life and vice versa. At the end of the day I put this show in Mad Men territory. It holds my interests but I don't exactly know why. This typically isn't my kind of show. (Although, in Masters of Sex's case, boobs certainly don't hurt.)

Prediction: This series will go on for 3 to 5 seasons. There will be a few fans and critics talking about how great it is. There will be more people who nod and smile along acting like they're in the know but actually don't watch this series. Then there will be even more of people who, when the show is mentioned, say "I heard about that show and have been meaning to check it out but haven't gotten around to it." They will never get around to it. The rest of the people are disgusted by its premise and the fact they show bare boobs on TV. They will then go back to watching kids getting molested and murdered on CSI or Criminal Minds or something.

Michael J. Fox Show: I'll say this, Michael J. Fox is charming and it's tough not root for him. But, his charisma aside, there wasn't much to this sitcom except some metatextual humor about being on TV with Parkinson's disease and jokes about Parkinson's disease. This show has the possibility of being funny but it could also land itself straight into one trick pony territory.

Prediction: I think this show will go three seasons based on Michael J. Fox's name value. The feel good story of him simply being on TV will be a boon. Whether it'll actually deserves to be renewed twice is a different story. 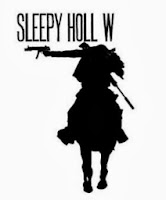 Sleepy Hollow: Going into this show all I knew was it was about Ichabod Crane ending up in modern times, teaming with a cop and dealing with the headless horsemen. What I didn't know was there would be Crane's magical ghost wife, a priest with the ability to magically propel chains, the headless horsemen being one of the four horsemen of the apocalypse trying to regain his head to trigger said apocalypse, the headless horsemen having a penchant for assault rifles and shotguns, Satan nearly punching people's heads off nor did I know George Washington would turn out to have been actively trying to avert the apocalypse and, thus, used British soldier turned American patriot Ichabod Crane to battle the Headless Horseman.

My point is this show is 10 times more insane than I expected and I expected it to be pretty insane. But it's awesomely insane. This show jumped straight into the deep end into a zany world steeped in Christian mythology and doesn't apologize. I appreciate a show that just goes for it. Now, if we can get the actors to start calling the final book in the Bible "Revelation" instead of "Revelations" then we'll really be in business.

Prediction: I think this show will get crazier and crazier and will ultimately collapse under the sheer weight of its own insanity. It will be awesome. I'm not sure enough people will appreciate the awesomeness, though. I think it's cancelled after one season.

Prediction: Unless people are watching this based on the antiquated "shock" value of racist/sexist jokes then this show won't last 4 episodes.
Newer Post Older Post Home
Posted by Dr. Bitz at 2:05 AM