The tenth season of Blue sticks to the revised formula Steven Bochco developed for the series.  Two cases per episode (Sipowicz and Clark alternate between using McDowell and Ortiz or Medavoy and Jones as back-up on the main case), a culprit who isn’t obvious until the last act of the episode, and closing personal life scenes to round out the show.  Individually, most of the episodes remain entertaining, and there is a sense that the detectives are putting more work into the cases than we’ve seen in previous years.  You see more locations in each episode, and more scenes of detectives interviewing suspects that aren’t obviously guilty or innocent than in the Milch years, which tended to dwell on the interrogations.

I’ve mentioned earlier that making the least likely suspect the perpetrator just creates its own formula, but I can understand the argument that it’s more entertaining to watch the detectives running around than staying in the same room for most of the episode.  And, admittedly, I didn’t see one or two of these twists coming, even though I knew I should’ve been watching for them. 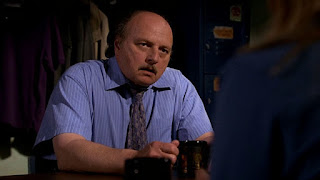 Season Highlights
Many of the episodes still have strong hooks, which is fairly remarkable for a series that’s ten years old and clocking in at two hundred episodes.  Take the TV Guide summary for the season premiere, for instance:  “A pimp puts Sipowicz on his hit list for roughing up an associate; John Clark's name is found in a murdered prostitute's appointment book.”  Yes!  That's a show I want to watch.

Much of the drama this year spins out of the premiere’s revelation that a “Det. John Clark’s” name has appeared in a dead hooker’s date book, and while one of the major repercussions turns out to be a disappointment (see below), the fiasco is very entertaining throughout the opening of the season.  The appointment book storyline dovetails into another arc involving all of the established uniform cops on the show having affairs with a seventeen-year-old police auxiliary officer who’s turned up dead.  John Clark’s father is brought into these storylines, and the interactions between Mark-Paul Gosselaar and Joe Spano help to give this season its own identity.  Parental relationships have never been an issue with the leads on the show, up until the addition of John Clark, Jr.  Not only does the character have a different demeanor than his predecessors, but his family situation also gives the writers a new dynamic to explore.

I’ll also note that Mark-Paul Gosselaar, Charlotte Ross, and of course Dennis Franz are all great at delivering one-liners.  The dialogue usually doesn’t approach the perspicacity of a David Milch script, but many of the lines are truly funny, while simultaneously avoiding sitcom territory.  When the three characters are in a scene together, taking little shots at one another, or mocking the moron who’s sitting in the interview room, there’s a sense of genuine camaraderie.

And although there aren’t enough of them, the stories do offer glimpses of the established characters behaving imperfectly, sniping at one another and just acting the way real people do in actual relationships.  Connie thinks Baldwin didn’t do enough to scare away her sister’s abusive husband.  Baldwin tells her to take care of her own problems from now on.  Rita’s infuriated that her boyfriend’s name is in a hooker’s date book.  John’s offended by her lack of faith.  Sipowicz and Connie argue in the morning before work, because both of the kids are sick and the apartment is a mess and no one’s worked out what they’re doing for dinner.  Some fans complained about giving the characters domestic problems, but it’s a part of the reality of the show.  Personally, I like fights over small things, and not the overblown dramatic confrontations usually seen on network productions (parodied so well by the short-lived The Grinder comedy.)

Admittedly, the romance between Andy and Connie is essentially nonexistent this season, but I do enjoy watching them bond as a family unit.  Sipowicz becoming a father again later in life does create new story possibilities, especially when you consider the wrinkle that this is an adopted child from another family.  And having Connie’s in-laws use Sipowicz’s past against him in the custody battle is a clever way of finding a new spin on an established theme of the series. 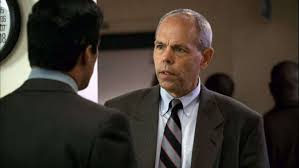 Season Lowlights
Obviously, the shadow of David Milch is going to loom over this series, and this year we see the show going in very Milch-ian territory and getting pretty lame rewards.  One example would be the storyline involving Lt. Rodriguez’s ex-wife, who we learn is a cocaine addict.  Rodriguez deceives himself into thinking he can have a relationship with her again, now that she claims to be sober, but she overdoses just a few weeks into their reconciliation.  It’s implied that he’s still in denial, and that he’s going to be pressuring the detectives who discovered her body into investigating the case as a homicide, and then the story disappears.  Tony just goes back to acting like Tony in the next episode.

And the tragedy that befalls John Clark, Jr. (and there’s no way to discuss this without spoiling the latter portion of the season) also receives a pathetic resolution.  Following his father’s suicide, Clark, Jr. tells us that he’s so angry he can’t think straight in the next episode, even though he’s covering the feelings well.  For the rest of the season, we see him covering those feelings so well, he might as well not have them.  He’s back to his jovial self, working cases, picking on Sipowicz, and finding a new playmate after breaking up with Rita.  If that’s all you’re going to get from writing off a great actor, and a source of fantastic drama on the show, why go through with it?  It seems as if the writers are doing stories about addiction and suicide because Blue’s always done those stories, but the depth isn’t there.  Milch wrote about those topics because they’ve haunted his life, and those episodes have real heart.  This season, they’re too often dangling plotlines.

And while discussing weak moments from this season, I have to acknowledge that the third pick in my personal Worst Scene in Blue History list occurs this year.  Now, the sappy moment between Andy and Connie when he apologizes for sniping at her by bringing flowers, and she’s inexplicably dressed like she’s going out to see a play while fixing him a romantic meal…that’s awful, too, and a close runner-up.  But the clichéd “argument-turned-love-making” scene between Clark and his doctor girlfriend is disgraceful.  It opens with a promising exchange between the characters, discussing the issue of police brutality.  Dr. Devlin says that working in the emergency room, she’s certainly seen victims of excessive force.  Clark argues that unless you’re doing this job, and you know what it’s like to be in the middle of a fight, you have no right to judge.  Clark pulling out the “Everybody hates a cop until they need one” chestnut is a little hoary, but the rest of the conversation is decent material.  Then, Devlin gets up to leave, they keep fighting, she exits the door…and immediately returns so that the characters can have a gratuitous sex scene.  This is rom-com garbage that any drama should be embarrassed to resort to; having it appear on Blue is a tragedy.  Making this more irritating is that the scene was tacked on to the end of “Yo Adrian” -- Kim Delaney’s return episode, and one of the best episodes of the season. 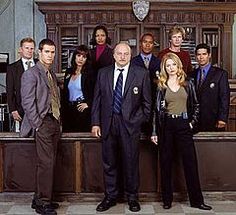 Sipowicz Says
“I could read Arabic before I could read that guy.” - Andy’s opinion of Lt. Rodriguez, when he’s asked if he knows what’s wrong with their boss.  A runner-up would be his response when Clark states half-seriously that it looks like their murder victim was bitten by a vampire.

Hey, Isn’t That…?
Katt Williams guest stars in “Maya Con Dios” as a cop killer (specifically, the partner of Baldwin's new girlfriend in Anti-Crime.).  The murderer Williams portrays comes across as more stable than Williams himself does, these days. 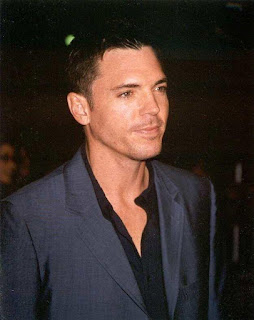 
Next time…David Milch doesn’t seem to have any shows between 2001-2004, so I suppose I’ll continue with Season 11 of the post-Milch Blue.  Will I actually reach Deadwood before my Amazon Prime subscription runs out?  Time will tell…