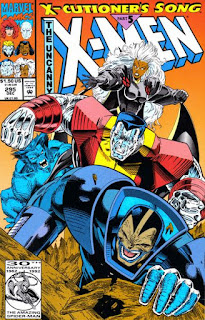 In a Nutshell
The X-Men battle Apocalypse as Wolverine & Bishop search for info on Stryfe.

Plot
A weakened Apocalypse, searching out his Horsemen to learn why they attacked the X-Men, enters one of his old bases to discover the X-Men waiting for him. Meanwhile, Havok & Polaris check in on X-Force, now imprisoned in the Danger Room. As the X-Men attack Apocalypse, a captive Jean Grey comes face-to-face with Stryfe. At the X-Mansion, Val Cooper briefs the X-Men & X-Factor on Stryfe, thanks to Mr. Sinister alerting them to his involvement, while Wolverine & Bishop break in to Department K, having taken it upon themselves to find more info on Stryfe. Elsewhere, Apocalypse manages to overpower the X-Men despite his weakened state, and teleports away, determined to discover who is orchestrating recent events. At the X-Mansion, Havok & Gambit meet with Cannonball, and offer him the opportunity to help take down Stryfe in exchange for any information Cannonball has on Stryfe and the Mutant Liberation Front. In Canada, Cable arrives at Department K, also seeking information on Stryfe, and proceeds to run right into an enraged Wolverine & Bishop.

Firsts and Other Notables
In the wake of their defeat last chapter, X-Force is now imprisoned in the Danger Room (and all wearing the "school uniform/body armor" yellow-and-blue togs that the X-Men wore as a group post-"X-Tinction Agenda", pre-relaunch, which is a nice touch), which is pretty much where most of them will remain for the duration of the story. 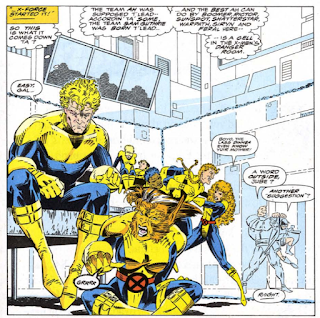 The one exception to this is Cannonball (and, we'll see in the next chapter, Boom-Boom), who is released to help the X-Men/X-Factor take down the MLF in exchange for giving them all the intel he has on the group (he tries to get full pardons for X-Force first, but comes up short). 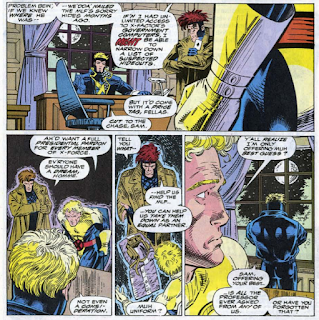 Apocalypse does that annoying serial villain thing where, upon vanquishing the X-Men, he opts not to kill them, saying he finds slaughtering unconscious foes unsavory. Which is especially rich coming from Apocalypse, given his whole "survival of the fittest" mentality. Maybe it's a mask for how weakened he truly is, and lacks the strength to kill them all before one or more wake up, so he runs while he can. 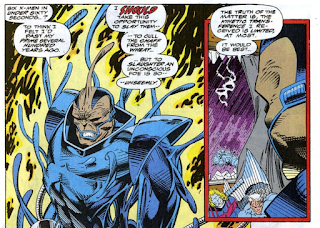 Stryfe puts Jean Grey in a room where she's clawed and grabbed at by robot arms, likening the experience to that of infant being ripped from the embrace family into the arms of cold, alien strangers. When Jean asks him "why have you done this to me?", he responds that he was going to ask her the same thing, more "Stryfe is Cyclop's son in some way" teases. 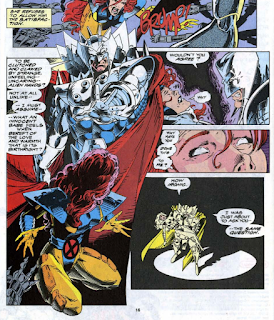 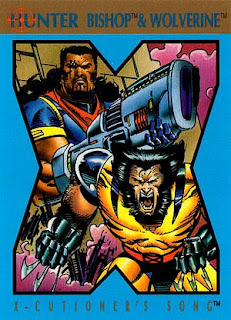 A Work in Progress
Narration about Apocalypse references his "master's whip", the first indication of his later origin as an Egyptian slave.

The X-Men/Apocalypse fight occurs in the house he used as a base for the Alliance of Evil in his first appearance in X-Factor #5-6.

Lorna's jaw is shown to still be wired shut here, from when she was punched in the face by Cyber. 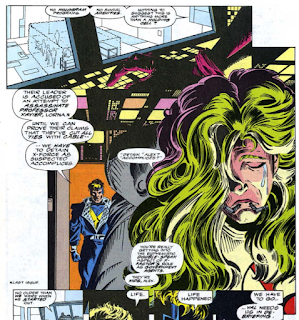 In something of an odd moment, Psylocke stands over the injured Xavier, telling him she knows what it likes to have her body forcibly transformed, and promising to end things for him if it gets worse. While it's certainly true that Psylocke has experienced some significant body transformation stuff, this seems like a moment someone like Archangel (who's body has also been forcibly changed, specifically by Apocalypse) has probably earned more. Plus, this is pretty much the only standout moment for Psylocke in this crossover, aside from being a part of various squads. 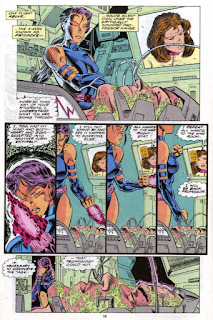 The glove Stryfe lost to X-Factor in X-Factor #78 is referenced (the footnote incorrectly cites issue #77), in another one of those great "Havok is embarassed by his team" moments. 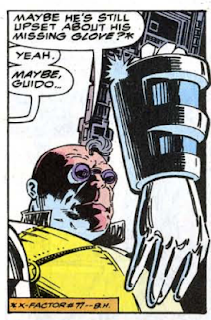 Jubilee also suggests that Stryfe could just be Cable wearing armor, an idea the others don't dismiss. 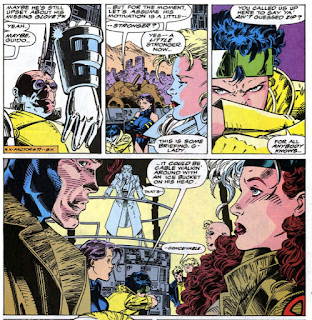 As Wolverine and Bishop infiltrate Department K, Wolverine notes that Weapon: Prime must be out of town or the resistance they encounter would be fiercer, which A. I'm surprised Wolverine even knows Weapon: Prime exists/existed and B. No, they probably wouldn't have provided fiercer resistance.

Bishop notes that he's subduing the Department K soldiers without killing them, something he'd like Wolverine to bring to Storm's attention, an appreciated acknowledgement that the X-Men aren't killing people, and of Bishop's ongoing character development.

For Sale
The inside cover of this issue has an ad for Disney's Aladdin. 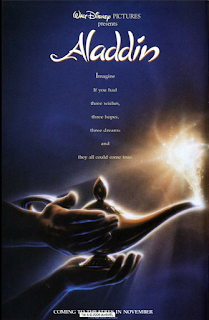 Austin's Analysis
With X-Force defeated and Stryfe revealed as the main antagonist in the previous chapter, this is mostly setup for the next act of the story, as the combined X-teams begin to pivot their efforts towards finding Stryfe and the MLF, while Stryfe begins teasing the mystery at the heart of the story in his interactions with Jean Grey. While not as strong as previous chapters (with the Apocalypse battle feeling a bit like a superfluous bit of action to break up all the talking, though it was at least setup in previous chapters), Lobdell continues to display a good sense of the franchise's history, both recent (the reference to X-Factor #78 and Stryfe's glove) and older (returning to Apocalypse's original base of operations, as this story continues to warm my Simonson's-X-Factor-loving heart) along with characterization, both in the way Cannonball is depicted (eager to help but still looking out for his team), and the veteran/rookie interactions between Bishop and Wolverine.

Next Issue
Tomorrow, Wolverine & Bishop battle Cable in X-Factor #85. Friday, Wolverine runs around in his memories some more in Wolverine #64. Next week, the X-Men fight the MLF in X-Men (vol. 2) #15.