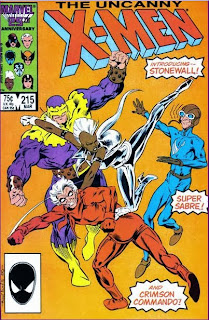 Plot
The X-Men, including new members Dazzler and Longshot, as well as Callisto, prepare to leave for Muir Isle with the wounded X-Men and Morlocks. Leaving Rogue in charge, Storm and Wolverine head upstate. Meanwhile, in San Fransisco, the red-haired Jane Doe awakens and tells the doctors her name is Madelyne Pryor. In New York, Storm and Wolverine arrive at the home of Sara Grey to find it burning, victim of a fire bomb. Checking the wreckage for clues on the culprit, Wolverine detects first the scent of Cyclops, then Jean Grey - the later of which causes him to go berserk and accidentally knock out Storm. To the east, as the Blackbird races towards Muir Isle, the ghost-like Kitty visits her teammates, though Longshot is able to sense her presence. Elsewhere, Storm awakens shackled in a dungeon. Easily picking the locks, she escapes her cell and finds herself in some kind of hunting lodge. 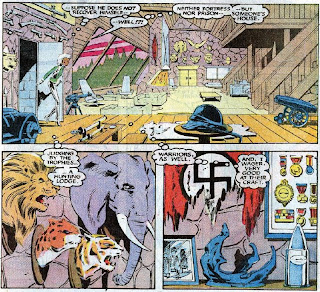 She is soon confronted by three former superheroes who fought in World War II: Crimson Commando, Stonewall and Super Sabre. She tries to escape them, but they manage to overpower her. The three former heroes explain how, in light of the decline of society, they've decided to hunt and kill criminals for sport, in order to rid the world of their evils. Having found Storm unconscious in the remains of Sara Grey's house, they believe her to be at worse an arsonist and at best a looter, and release her into the woods surrounding the lodge along with Priscilla Morrison, a drug dealer they previously captured, telling the women they have until sundown to get out of the forest until the three old soldiers come after them.

Firsts and Other Notables
A trio of new villains make their first appearance in this issue: Crimson Commando, Super Sabre, and Stonewall, three World War II-era superheroes who, in their retirement, have decided to make the world a better place by hunting down crooks and criminals, Most Dangerous Game-style. The three will shortly hereafter become members of Freedom Force, and remain with that team for most of the duration of Claremont's tenure, then linger on the fringes of the X-books into the 90s. 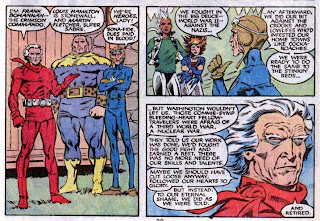 Longshot appears as a member of the team for the first time in Uncanny X-Men itself, with no indication of where he's been since Annual #10.Colossus, Nightcrawler and Shadowcat are considered to officially leave the team as of this issue, and it will be awhile before we see them again in the pages of Uncanny X-Men. 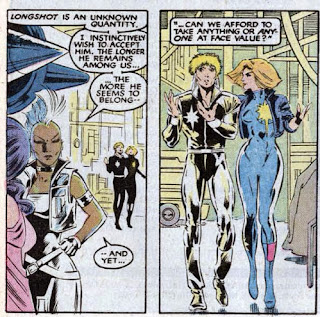 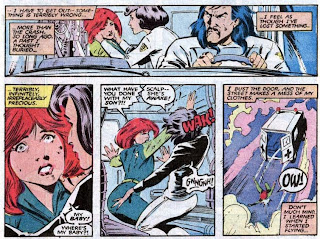 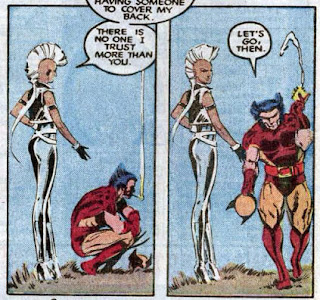 Wolverine and Storm arrive to discover Sara Grey's house still burning from the fire bomb, apparently arriving not long after Scott and Jean left in X-Factor #12.

This leads to Wolverine detecting Jean's scent, this time, unlike in the Morlock Tunnels, unmistakeably so, causing him to freak out and accidentally knock out Storm. Claremont also uses this as an opportunity to integrate a retcon he established just a few months before in the first Classic X-Men back-up story, by having Wolverine note that Jean was his first friend on the team after he joined. 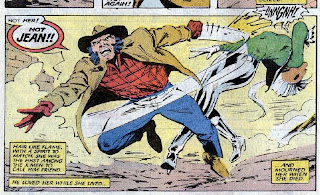 Before getting clunked by Wolverine, Storm ponders the idea of the X-Men being proactive, then wonders about Forge's safety in the wake of the Marauders recent attacks, and finally wonders if she should swallow her pride and ask Forge to help her regain her powers, all of which is setup for future stories, while also reminding readers about Forge. 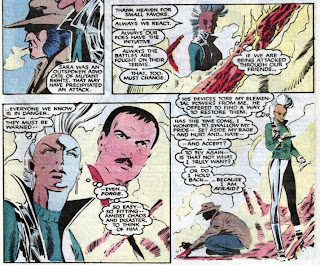 I Love the 80s
The doctors who attend Maddie are named and modeled after Julius Schwartz, longtime DC editor, and Diane Duane, acclaimed sci-fi novelist. 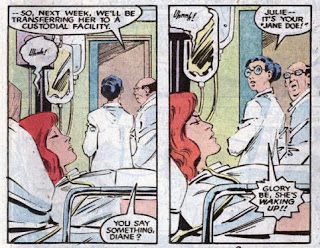 Claremontisms
The opening page of this issue, detailing the plane crash from which Madelyne walked away alive, the sole survivor, provides Claremont an opportunity to indulge his inner airplane geek. 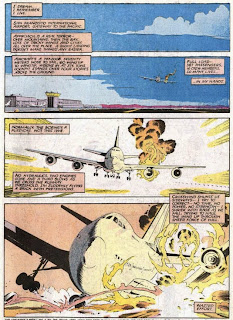 Like a Phoenix, From the Ashes
As Maddie emerges from the wreckage of her crashed plane, an event which occurred at the same time as Phoenix, masquerading as Jean Grey, died on the moon in Uncanny X-Men #137, the Phoenix firebird effect is seen above Maddie, further linking the two women. 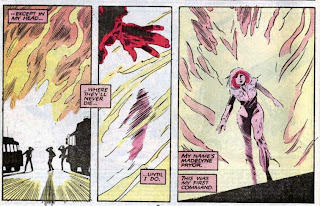 Scott Summers, Husband of the Year
After being captured by the Marauders, Maddie awakens and wonders where Scott is, recalling that he's the reason the Marauders gave for trying to capture her. 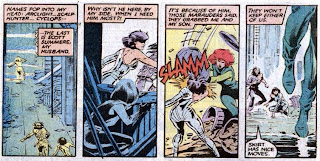 For Sale
There's a house ad for Fallen Angels, the upcoming limited series that was once advertised as The Misfits. 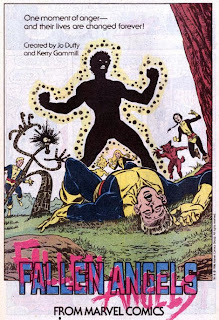 It's in the Mail
The letters page in this issue openly acknowledges how far behind the column has gotten, blaming a desire to run more pages of story in lieu of the letters page, then declares that they're jumping ahead and running letters discussing more recent issues to get back on schedule.

Teebore's Take
This issue essentially deals with three things: introducing the post-X-Factor Madelyne Pryor, transistioning the X-Men out of the mansion, and setting Storm and Wolverine off on their own brief adventure (the bulk of which will be handled next issue), introducing a trio of new and self-consciously retro villains in the process. As a result, this issue reads as something of a jumble, a necessary but rough transition issue that sets up an almost-fill-in level story - one that I nonetheless quite enjoy, for reasons I'll get into next issue. Thankfully, the Alan Davis art in this issue is, not surprisingly, quite nice, and helps hold everything together.

But while the "old soldiers" element is borderline fill-in, the other elements are nonetheless significant. The first, answering the question of how Maddie ended up in a San Fransisco hospital (she was attacked by the Marauders) with another question (why did the Marauders attack her?), kicks off Claremont's attempt to do something with Maddie in the wake of X-Factor, one month after Louise Simonson began similar efforts with Cyclops in earnest on that title. To that ultimate end, he makes explicit something previously implicit: the involvement of Phoenix in the life of Madelyne, something which will become significant in the book's future.

Meanwhile, with the departure of the X-Men from the mansion and Wolverine and Storm from the rest of team, we have Claremont explicitly acknowledging the fact that Wolverine and Storm, the two most senior members of the team and the sole holdovers from the "New X-Men", have become the core of the team. In much the same way that the New X-Men were built around the core of Cyclops, the lone original X-Man, this new post-"Massacre" assemblage of newer X-Men has been built around Storm and Wolverine. Thus, "Mutant Massacre" continues to act as the marker of an end of an era, and the setup for Claremont's biggest experiment yet with the team.