So, Proposition 8 passed in California. Similar votes throughout American States also passed to ban Gay Marriage. And this personally sickens me. I defy anybody to give me a legitimate reason that homosexuals shouldn't be allowed to be considered married in the eyes of the law. Oh, and 'because God said so' doesn't cut it.
But if you're really interested in how I feel, for the most part, then listen to Keith Olbermann on the left.
Anyway, as a really lame act of solidarity for 'those who play for the other team', I will now give everyone my long awaited(?) list of dudes that may make me take a few at-bats for 'the other team' if given the chance.

John Cusack: I always go for the girl-next-door look. So I guess he would be the boy-next-door. But hey, he's got boyish good looks and can be charmingly befuddled. I also imagine him to have a soft touch. How can you not dig the Cusack?
And yes, I would at some point force him to stand outside my window with a boombox blaring Peter Gabriel's 'In Your Eyes.'

Sean Connery: Yeah, he's old and I don't even want to imagine how far his balls droop, but there's something intriguing about getting worked over by the Man's Man. If Sean Connery gave it to me good, I doubt I'd refer to it as making love, getting it on, or making whoopee...I'd refer to it as a conquest. The adventure of a lifetime...so to speak.
Also, I'd imagine that while penetrating me Sean Connery would scream "Let my armies be the rocks and the trees and the birds in the sky!!!" and that would be worth it alone. 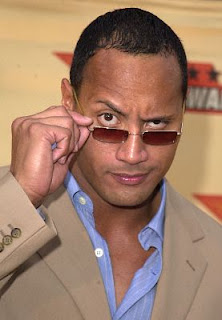 Adam Carolla: He's a bit hairy for my liking, but I think he'd make up for it in personality. I believe that post-coitus Adam Carolla would bring humor and levity to the situation. So after being violated I'd be smiling instead of crying in the fetal position fully clothed in the shower. 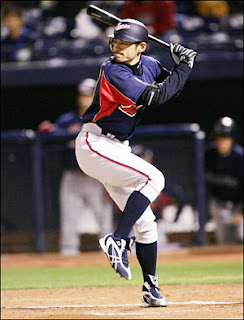 Ichiro Suzuki: One of the only men in the world who, if I hooked up with, I feel like I'd have a decent chance at being the pitcher. Just look at his stance at the plate. He's like a delicate ballerina. Here's how I imagine my life with Ichiro would go:
We'd live in a quaint little home with a white picket fence. I'd come home after a hard day of work and Ichiro would be tending to the supper while wearing a pink apron with white fringe.
I would plop down on the couch with a grunt and turn on the baseball game. Ichiro would pull himself away from the supper long enough to offer me a beer. I'd accept with a nod and a faint smile and he'd go back to the kitchen.
Ichiro would secretly glare at me as I yell some uneducated comment at the TV. I'd scream something like, "How can you swing at a pitch like THAT!?" Ichiro would know exactly how you can 'swing at a pitch like that' for he has forgotten more about baseball than I'll ever know. And at that point another piece of him would die inside.
Thus, the tragic cycle of the internal battle between love and hate continues...ummm...what was I talking about again?