My stupid DVR failed to record Top Chef for whatever reason, so we'll have to talk about that next week. In the meantime, here's some stuff my DVR managed to record properly. 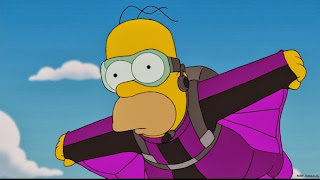 Pleasant and amusing, if not terribly funny (though there were some good lines on the fringes). But while Lisa's manipulation of her classmates was pretty great, I'm not sure why she ever thought the whole honor code thing would work (nor why it ultimately did). Sure, she got Nelson to sign a pledge, but since when does Nelson give a crap about signing a pledge? Wouldn't he just go back to cheating immediately, pledge or not, even if he was tattled on by goody goodies like Martin or Milhouse (ditto Bart, Dolph, Kearney, etc.)?


Family Guy: A Fistful of Meg
Most of this episode was pretty bad, built as it was around yet another "Meg is the worst" plot that even if they hadn't been done to death would still be annoying for not being very funny, but I did enjoy the escalating ways Peter came up with to shove his nudity in Brian's face. When Lois opened her robe to reveal a naked Peter hanging upside down off the front of her, I just about lost it).

Also, from now I will always think of Meg as "Megatron Griffin".


American Dad: Crotchwalkers
The visual gag of Baby's Candy Store was pretty damned hilarious, and I really liked the way all the plots came together in third act, taking two pretty "meh" subplots in the musical trio and "Stan sounds like a woman ha ha" and elevating everything by association.


Once Upon a Time: Good Form 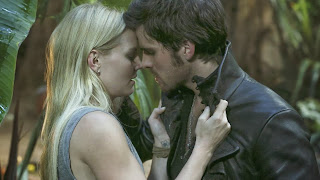 This episode featured one of the better flashbacks the show has had in awhile, probably because it featured a character who hasn't been flashbacked to death. Also, I really appreciated the main plot in this one: while narratively-speaking Emma and company can't succeed in their goals until closer to the end of the half-season, it's important that they get little victories like this along the way, just to keep things from feeling too hopeless/repetitive.

Along those lines, just how much of wet blanket has Snow become? It's tough, because while I agree with her stance that the end can't justify the means in terms of rescuing Henry in theory, in execution, particularly in this episode, her stance just means further halting the momentum of the narrative. I don't have a problem with her being the voice of compassion, but it might be more effective (and less annoying) if she was able to volunteer some alternatives, instead of just shooting down every idea Emma and Regina come up with for being too dark.

And her whole, "I'm here too!" business while Regina and Emma are trying to talk to their son was downright laughable.

It was weird seeing Neverland, in the flashbacks, in daylight, which begs the question: is the fact that it's always dark/murky in the "current" Neverland an indication that all of the events in that setting this season have been taking place over the course of the same night, or are we supposed to assume that Neverland is just always that gloomy now, perhaps an indication of Pan's increased villainy/command over the place?


Sleepy Hollow: The Midnight Ride
This might have been the show's best episode yet: the plot felt assured, the dialogue had a snap and verve to it, even beyond the usual levels, and for whatever reason, the whole thing felt more confidant than ever before.

Captain Irving finally gets his proof that the Headless Horseman is indeed a headless horseman, which should make things easier on Abby and Crane. And if he was secretly in the know prior to this episode (whether for good or bad), then he did a hell of a job acting surprised when he saw the Horseman for the first time (and given that he had no reason to act surprised, ie no audience, it's probably safe to assume he didn't know in advance).

I'm not sure the show has entirely earned this right, given the way it plays around with history, but I did thoroughly enjoy Crane take down of the commonly-taught details of Paul Revere's ride, particularly the point that the Colonists thought of themselves as British so it would be absurd to declare "the British are coming!".


Agents of SHIELD: The Hub
Another solid episode, with the Fitz half of the FiztSimmons team getting a chance to develop and shine following his counterpart last week, along with a few more winks at the fans (Sitwell (who's actually been in some of the movies already), Victoria Hand, the mention of the Triskelion, which the internet tells me is going to appear in the next Captain America movie). But while I appreciate the show working to develop multiple subplots/mysteries, I find it hard to care too much about Skye's past at this point, and the whole sequence where she tried to access the redacted file on her parents before getting the intel of Ward and Fitz's mission was maddening (though at least it turned out that it wasn't all just a ruse on her part to get access to the file, which is what I feared). 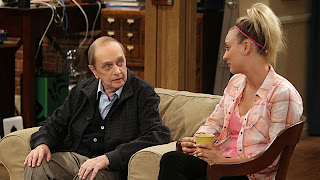 They could have taken it farther, but this episode came the closest of any to answering the question of why Leonard continues to hang out with Sheldon with a legitimate, honest answer, something the show really should have done ages ago.

It also reminded me that Bob Newhart is just a really fantastic comic actor. Nobody does deadpan like he does, and while many of the old person jokes were pretty rote, his venom towards Bill Nye and interactions with Penny were fantastic.

Skinner: They’re self-proctoring!
Chalmers: Can’t you say anything in a normal way?
Skinner: Sadly, the answer is, not yes.

Homer: Did I change or did they stop making mountains out of cheeseburgers? Probably a little bit of both.

Bob's Burgers
Louise: You regret not going to college? Come on, it’s not like you ended up flipping burgers.

Tina: This is the biggest man cave ever, and Tina’s going spelunking.

American Dad
Steve: Blouse monster! No, I won’t put you on!

Trophy Wife
Jackie: They’re fresh mango margaritas from my friend Rita’s fresh mangoes so you can see the name works on a lot of levels.

Meg: Say cheese.
Diane: Don’t tell me what to do.

Pete: That’s not you in there?
Meg: I don’t think so but I’m pretty drunk.”

The Big Bang Theory
Sheldon: I’m not going to bother him. I’m going to talk to him.
Leonard: He thinks there’s a difference.