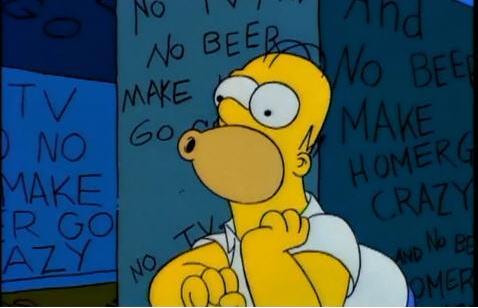 Or the One Where
"The Shinning" - No TV and no beer make Homer something something.
"Time and Punishment" -  Homer mucks up time via a time machine toaster.
"Nightmare Cafeteria" - Facing a lack of funds and overcrowded detention halls, Principal Skinner begins cooking the troublemakers and serving them for lunch.

The Setup
Marge addresses the audience warning them about the nature of the episode, saying it is so scary that Congress won't allow it to be broadcast, before Bart and Homer take over the feed to broadcast the episode.

Notable Notes
This is the first Halloween episode to lack a framing sequence before and after each segment (ie telling scary stories in Bart's treehouse or nightmares triggered by too much candy), though it still contains the "worried Marge warns away the audience" intro, the last such episode to do so.

A framing sequence was devised for this episode, but it was ultimately cut to allow each segment more time. While probably a wise choice in the long run, I do miss the framing sequences, as they gave each episode an air of Halloween even if the individual stories weren't always that Halloween-y.

This is the last episode to feature humorous tombstones in the opening sequence (as the camera zooms in towards the Simpsons' house), as the writers had grown tired of coming up with them. The last tombstone shown is one which reads "Amusing Tombstones", an indication that the gag was dead.

James Earl Jones voices Maggie in one of the alternate timelines in which Homer lands during "Time and Punishment", his second "Treehouse" appearance on the show, after the initial "Treehouse" episode.

This episode features a running gag throughout all three segments, in which Groundskeeper Willie attempts to help someone only to get an ax in the back for his trouble. Offhand, I don't think any of the other Halloween episodes ever used a runner like that, but it's a neat device.

Showrunner David Mirkin intentionally tried to make this episode as violent as possible, in response to Congressional complaints and attempts to censor the show (which also motivated Marge's opening warning).

"Nightmare Cafeteria" marks David X. Cohen's first work on the show. He would go on to write about a dozen episodes before helping Matt Groening develop Futurama, where Cohen would serve as executive producer and head writer throughout the show's entire run. 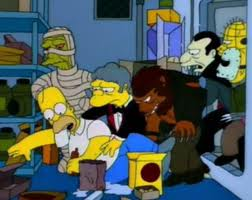 Quotable Quotes
Burns: Yes, by cutting off cable TV and the beer supply, I can ensure an honest winter's work out of those low-lives.
Smithers: Sir, did you ever stop to think that maybe it was doing this that caused the previous caretakers to go insane and murder their families?
Burns: Hmm...perhaps. Tell you what: we come back and everyone's slaughtered, I owe you a Coke.

Marge: Hello, police? This is Marge Simpson. My husband is on a murderous rampage. Over.
Wiggum: Well thank God that's over. I was worried there for a second.

Homer: I've gone back to the time when dinosaurs weren't just confined to zoos!

Lisa: Bart, does it strike you as odd that Uter disappeared and suddenly they're serving us this mysterious food called "Uterbraten"?
Skinner: Oh, relax, kids, I've got a gut feeling Uter is around here somewhere. After all, isn't there a little Uter in all of us? In fact, you might even say we just ate Uter and he's in our stomachs right now! Wait...scratch that one. 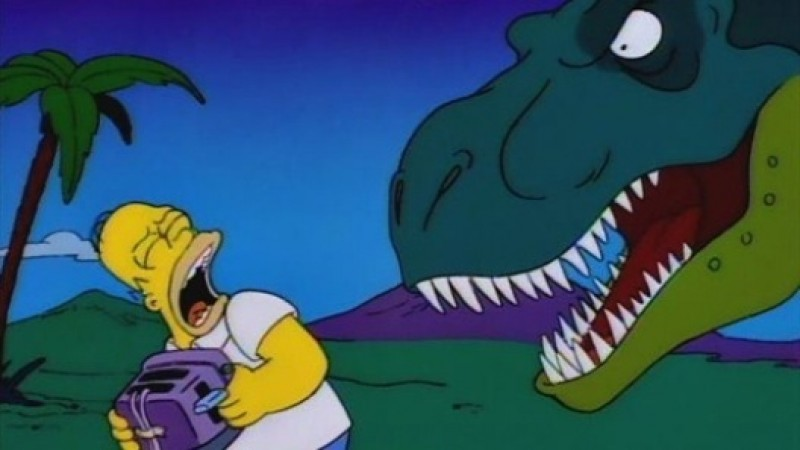 Teebore's Take
Though not as stacked with all time great stories as, say, "Treehouse of Horror III", this episode has a rightful claim to being the best Simpsons Halloween episode on the strength of "The Shinning" alone, which topped my list of such stories. It is a testament to the Simpsons' knack for parody, as it effectively lampoons The Shining in all of ten minutes, even while nearly every line is a joke or a setup to a joke.

The other two segments are strong, though not necessarily at all time great levels. The third one is the weakest, as Bart and Lisa try to avoid being turned into lunch by Principal Skinner, though it's not without its charms and features another strong Halloween outing for Uter (in absentia) following his debut in the previous Halloween episode. The middle segment, featuring Homer and his time machine toaster, is just a couple notches below "The Shinning" and features some strong animation as well an assortment of great gags (like Homer escaping the guard dogs by eating the string of sausages). This episode also an indication of just how firmly Homer's role as the show's central character has become: he effectively stars in two of the three segments, with Bart, the show's former central character, relegated to a third alongside Lisa.

Arguably the peak of the show's always-strong Halloween episodes, featuring one of the best all time segments and two more top-notch ones as well.

Both the "The Shinning" and "Nightmare Cafeteria" have enough suspense/horror elements to them to keep the spirit alive, though the absence of a framing sequence is felt. 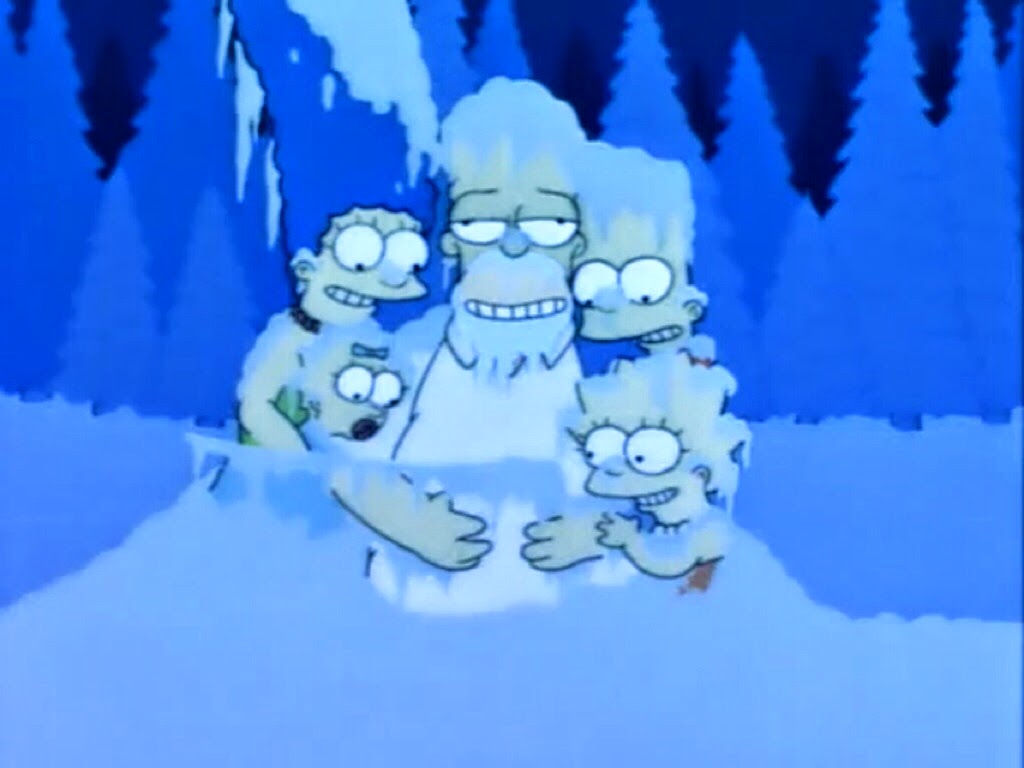