Force in Focus: Rogue One Teaser 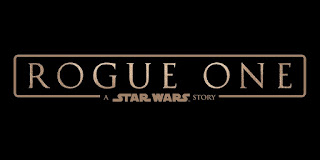 The marketing for Rogue One, the next Star Wars film due to be released this December, has been oddly quiet (particularly for a franchise known for being less-than-quiet on the marketing front), with most of the Star Wars-related press focused (understandably) on the aftermath of The Force Awakens and then its Blu-ray release. Scuttlebutt has been that the first Rogue One trailer would be released with Captain America: Civil War in May, and while that still may be the case, this week saw the release of a quick teaser - timed, not coincidentally, I'm sure, with the Force Awakens blu-ray release (corporate synergy at work!).

It's brief, but there's nevertheless a bunch of cool, fun, and jaw-dropping stuff packed in there.

Boom. One line of dialogue that speaks volumes about a character.

While Mon Mothma isn't an Expanded Universe character, first appearing in Return of the Jedi, she feels like one. Since her screen time is so limited, much of what we know about the character comes from the Expanded Universe. As a result, seeing that she has a role in this movie (seeing her on the Rebel base on Yavin Four, no less!) feels like seeing an old EU character get immediate canonization (even better - she's being played by the same actress who played her in Revenge of the Sith, all too briefly, over ten years ago).

A white Imperial uniform can designate one of two things: in the old EU, it meant either Grand Admiral, or Imperial Security Bureau (basically, the Imperial secret police). The ISB remains canon (thanks to Clone Wars and Rebels), but there's a chance this could be a heretofore-unseen Grand Admiral. Either way, it's pretty cool to see a high-ranking Imperial in white.

A brief shot shows a hooded figure approaching a column guarded by two of the Emperor's red-robed guards. There's been rumors of Darth Vader making an appearance in this movie, but that's probably not him kneeling down (he doesn't usually wear a hood). Nevertheless, the presence of the Imperial Guard suggest some kind of Imperial involvement in the movie on the highest levels.

Those doofy Rebel soldier helmets (that previously only appeared at the very beginning of A New Hope). The Rebel base on Yavin Four. The Death Star, with a ton of Star Destroyers providing scale! Stormtroopers, old school, Stormtroopers. along with one of those transport/landspeeder things that have popped up in Rebels. AT-ATs! If you thought The Force Awakens was steeped in nostalgia for the Original Trilogy, this takes that and multiplies it by about a hundred.
Newer Post Older Post Home
Posted by Austin Gorton at 12:00 PM