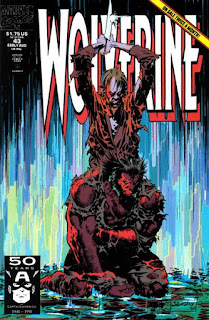 In a Nutshell
Wolverine fights a serial killer in the Central Park Zoo.

Plot
Feeling pent up, and angry with Nick Fury for being secretive about Sabretooth, Wolverine leaps from the SHIELD helicopter, landing back down in the city. Meanwhile, Albert and Elsie-Dee's head emerge from the river in the Morlock Tunnels, and Albert strong-arms Masque into helping him find a power source. Wolverine prowls Central Park, getting in touch with his animal side, when he's drawn to the zoo. Inside, he finds the wolverine injured, and is attacked by the zoo's apparent night janitor, Linus, who has been torturing the animals, including the wolverine. Wolverine easily overpowers Linus, learning he's killed the actual janitor, then releases the wolverine, who runs after Linus. Elsewhere, Lady Deathstrike, having arrived in the city in search of Wolverine, orders her driver to take her to Ronald Parvenue, believing he'll help her locate him, while Sabretooth emerges from the river, catches Lady Deathstrike's scent, and declares that Wolverine had better watch out.

Firsts and Other Notables
This is the first appearance of Linus Dorfman (just called Linus in this issue), a serial killer who is torturing animals at the Central Park Zoo. This is his only appearance, but he does feature behind the scenes of issues #89-90. 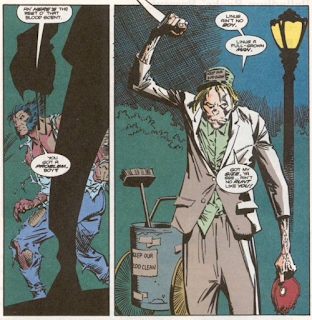 The Hunter in Darkness, the abominable snowman/bigfoot-type creature from issue #34, appears in this issue via a poster and newspaper ad; the creature will feature in the next story arc, beginning in issue #45. 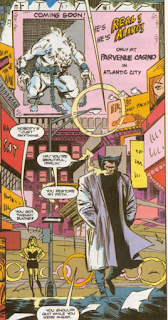 Lady Deathstrike arrives in New York this issue, while Sabretooth is shown having survived his fall from the helicopter and Elsie-Dee's attack last issue, more setup for the next story. 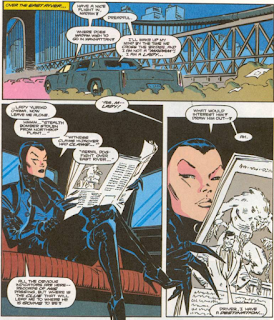 This issue includes a pin-up by Silvestri & Green. 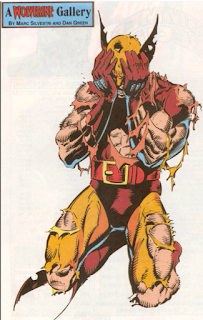 The Chronology Corner
Lady Deathstrike appears here following her recent appearances in the series, prior to Uncanny X-Men #281. Though it's unclear why she presumably flew commercial to New York instead of having Gateway teleport her there.

The Best There is at What He Does
Wolverine meets an actual wolverine at the Central Park zoo, declaring that his animal namesake is also the best at what he does. 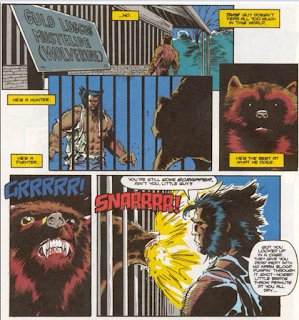 Teebore's Take
At its core, this issue is about Wolverine getting back in touch with nature via Central Park, then foiling an animal-abusing serial killer at the Central Park Zoo. As a result, it read very much like a fill-in story, even though its done by the regular creative team. Thankfully, the stuff on either side of the "main" plot help salvage the issue, from the wrap-up of the previous story arc (including one more brief Cable appearance) to the setup of the next one (including both the return of Lady Deathstrike, Sabretooth's continued appearance, and the teasing of the Hunter in Darkness throughout). The central plot may be superfluous, but as a transition point between two larger story arcs, this works fine.

Next Issue
Tomorrow, Wolverine takes a cruise in Wolverine #44. Next week, Uncanny X-Men #280 and X-Force #2.