To Better Know A Hero: The Punisher 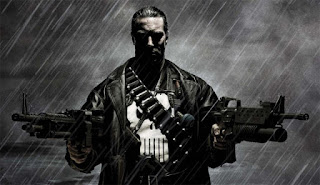 Gadgets and Accessories
Punisher uses a wide variety of weapons and gear to wage his war on crime, so much so that Marvel at one point published a series detailing his various weaponry (Punisher Armory). Punisher often travels in a van (his “battle van”) carrying assorted weaponry and surveillance supplies.

Email ThisBlogThis!Share to TwitterShare to FacebookShare to Pinterest
Labels: comics, Punisher, To Better Know A Hero