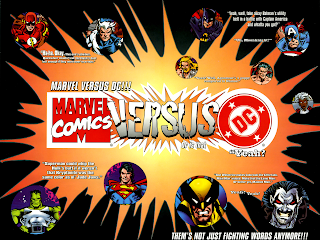 Another month turns, apparently, as the end of the year and the holiday season draws near. And with it, the looming specter of "Onslaught". I called an audible on Wolverine #100 once I remembered it explicitly takes place before Uncanny X-Men #332 (but since they were both published in the same month, I could get away with that), which caused this month's reviews to get rejiggered a bit, but the general thrust remains the same as X-Men wraps up its last pre-"Onslaught" story, Rogue meets Joseph in X-Men Unlimited #11, and Marvel fights DC!
On Sale March 1996
November 4: X-Men (vol. 2) #52
November 5: X-Force #54
November 6: Wolverine #101

November 18: Marvel vs. DC #1-4
On Sale April 1996
November 25: X-Men Unlimited #11
Power Rankings - On Sale January 1996
Another largely middling month, as many series spend the time preparing for a crossover or big event in the next month.
X-Men (vol. 2) #50
Easily the biggest book of the month, even if Post and the general Onslaught teases in the issue ultimately fizzle a bit.
Uncanny X-Men #330
Excalibur #95
Strong art carries a slight story in Uncanny, while Excalibur #95 is a middling issue of Excalibur but the best issue yet of X-Man.
Generation X #13
X-Force #52
Here's the line for "perfectly fine" this month.
Wolverine #99
X-Men Unlimited #10
Workman-like issues setting up bigger things in the future/storylines of questionable merit.
X-Man #13
Cable #29
Did you ever want to watch a PowerPoint presentation about Nate Grey? Cuz that's basically what Cable #29 is. X-Man #13 gets the nod for at least being an actual story, as both issues get themselves in place for the "Identity Crisis" crossover next month.
X-Factor #120
A rushed climax to the Adversary storyline has little gravitas or narrative weight, and Steve Epting isn't around to polish things up.
Newer Post Older Post Home
Posted by Austin Gorton at 12:00 PM

Email ThisBlogThis!Share to TwitterShare to FacebookShare to Pinterest
Labels: Power Rankings, X-aminations Ahead