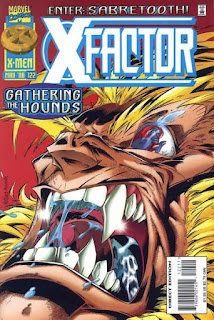 In a Nutshell
Sabretooth (and Jeff Matsuda) join the team.

Plot
Val Cooper contacts Forge, telling him the government has located the person they believe attacked Mystique at the Belle Fource dam a few weeks ago. However, Forge is actually Mystique in disguise, faking electrical interface in order to cover for her shifts between Forge and her true form forced by her inhibitor implant. When Val arrives at Falls Edge, Mystique absconds with her jet. Meanwhile, Wild Child laments Shard's absence to Polaris while Forge says goodbye to Naze. When they learn about Mystique, the team heads out to a government facility on the US/Canada border. Mystique arrives at the facility to find it filled with dead scientists, as well as her apparent attacker. She attempts to ambush him, but is instead captured herself. X-Factor reaches the facility and discovers that Sabretooth has captured Mystique, though he insists he didn't ambush her at the dam; rather he was sent specifically to find whomever did. Val is then forced to admit to the rest of X-Factor that Sabretooth has been placed on the team, shortly before he leaps to attack her.

Firsts and Other Notables
Jeff Matsuda joins the series as the new regular penciler. He is one of the first artists with a more anime-inspired style to land a regular X-book in the wake of Joe Madureira's stratospheric popularity and commercial success. He will stick around through issue #136, then return for a pair of issues towards the end of the series' run.
Sabretooth's role on the team is revealed to the rest of X-Factor this issue, making it effectively the issue when he formally joins the cast. 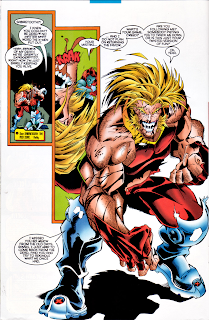 The entire team (including Sabretooth) gets new, Jeff Matsuda-designed looks this issue; they will serve as the characters’ default looks for the rest of the series. 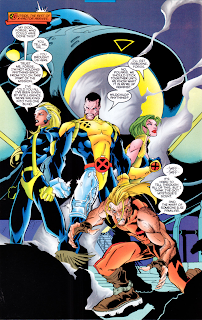 Forge bids adieu to Naze in the wake of the Adversary's defeat; it is Naze's last appearance to date. 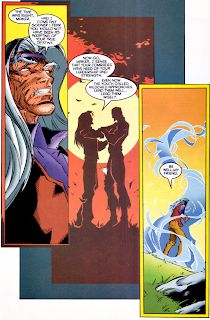 A Work in Progress
The mystery of who attacked Mystique in X-Men Prime resurfaces in this issue. 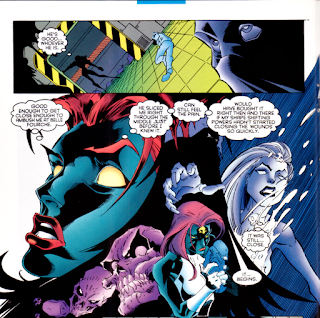 While the rest of X-Factor was resurrected by Forge last issue, Shard was not, something which concerns Wild Child.

Within panels of being introduced to the team, Sabretooth references a past with Wild Child, quickly linking the two characters together, to better emulate the successful "Age of Apocalypse" pairing that likely led to Sabretooth's (or Wild Child's) presence in the series 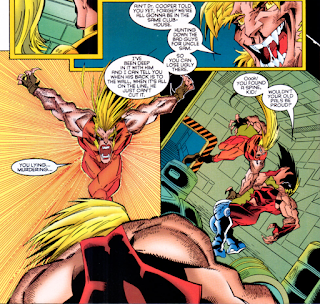 Sabretooth also reminds Polaris of the time they were in the Marauders together (when Polaris was possessed by Malice).

Austin's Analysis
While the arrival of Jeff Matsuda gets the headline, this is still a Howard Mackie comic, which means it's...workmanlike and largely unexciting. It checks off all the narrative boxes: address the lingering threads from the previous story (Forge and Naze part, Wild Child wants to find Hologram Shard), further an ongoing subplot/mystery (who attacked Mystique at that dam?), throw in some action beats (Mystique and Sabretooth tussle) and advance the current A-plot (Sabretooth is joining X-Factor!). While some of these beats may not work (it's still hard to care about Wild Child at this point, let alone care about Wild Child caring about Shard; Sabretooth's role on the team is heavy with the hand of marketing), there's nothing wrong with their construction; it's all very professional, by-the-book comic book writing. Which doesn't make it good, but keeps it from being terrible, too. It's ultimately not bad, just...bland.
Next Issue
Tomorrow, Cable #31. Next week, X-Men (vol. 2) #52 and X-Force #54.