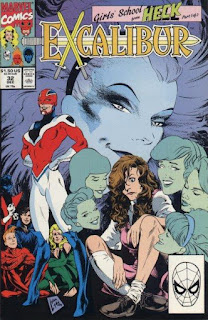 In a Nutshell
Kitty begins her tenure at boarding school.

Plot
In London, the Queen's First Minister awakens from a hypno-therapy session in which she was Captain Britain leading an all-male Excalibur, unaware that the therapist is actually Mesmero. Meanwhile, Kitty Pryde begins her first day at St. Searle's boarding school. Though she takes an immediate liking to the headmistress, Miss Rutherford, she quickly runs afoul of Phoebe Huntsman and her cronies, who she discovers in her room going through her things. The girls fight, and Kitty discovers that she's somehow stuck in a solid state. In London, Vixen oversees a group of criminals robbing the National Gallery, but they're interrupted by Excalibur. Vixen flees, then transforms into Nigel in order to throw Excalibur off his trail. 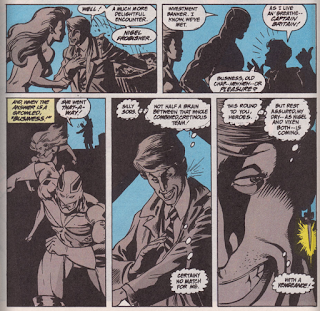 Back at St. Searles, Kitty overhears Miss Rutherford on the phone and learns of the school's financial troubles, then heads into town. Once clear of the school, she is suddenly able to phase again, and realizes there's some kind of field effect at the school itself which neutralizes her power. She debates calling Courtney to come and take her out of school, but resolves to stick around. The next day, she shows up for field hockey, and manages to soundly defeat Phoebe, much to the delight of a watching Courtney. In London, Mesmero is visited by a pair of robots (which are immune to his power) with orders from their master, demanding that Mesmero use his influence over politicians to subvert and control them. Mesmero objects, saying his scheme is totally straight, but the robots insist he'll cooperate, or die.

Firsts and Other Notables
This issue marks the return of Chris Claremont to the series for the first time since issue #27, though I believe he was still considered the book's regular writer for the duration of that time, with all the non-Claremont issues technically fill-ins between his issues. However, this is also the start of Claremont's final Excalibur story (at least until he relaunches the series with New Excalibur in the 00s), as he'll leave the series for good after issue #34.

Mesmero, last seen menacing Beast in X-Factor #55, pops up in this issue, having enacted a scheme in which he exerts control over prominent citizens by posing as a hypnotherapist, seemingly unconnected from the central "Girls School From Heck" story. 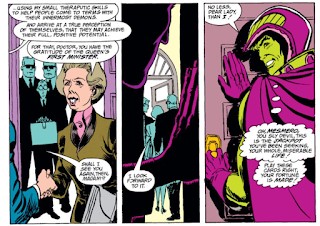 Nigel Frobisher, still posing as crimelord Vixen thanks to Jamie Braddock, pops up briefly in this issue, recruiting some new criminals before being ousted by Excalibur. 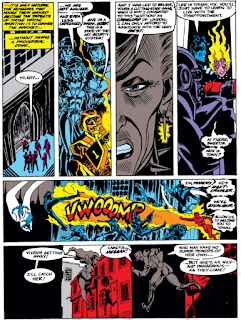 A Work in Progress
Kitty notes that she hasn't been back to Excalibur's lighthouse since returning to Earth, as it would be too painful, which is a decent enough explanation for why she has yet to run into Excalibur, but it does the prompt the question of why Kitty hasn't seen or heard news reports of Excalibur's post-"Cross Time" adventures, some of which, at least, seem worthy of coverage. 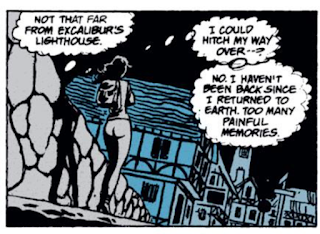 Claremontisms
Kitty declares that her diary is private property, "now and forever". 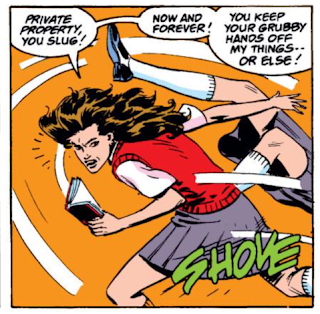 When debating whether to allow Kitty to play field hockey, she tells Phoebe it's "her call", to which Phoebe replies "your funeral" when allowing her to play. 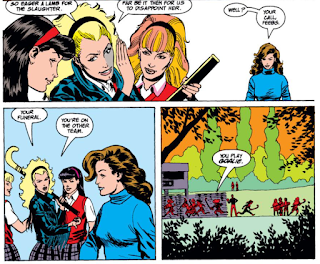 Teebore's Take
Claremont returns, and brings with him some sense of narrative urgency, as we finally catch up with Kitty, get the return of a classic X-villain in Mesmero, and touch on the Vixen/Nigel plot once more - which even includes a brief scene of Excalibur acting like superheroes again! The opening pages are a bit rough, as they spend far too much time on yet another alternate version of Excalibur (knowing this arc was about Kitty's experiences in boarding school, I rolled my eyes pretty hard when it opened with yet another alternate reality), but they're thankfully revealed to be an illusion of Mesmero.. After that, this issue settles in for some honest-to-goodness narrative development, something the series has been lacking for eons. I know this is just a brief oasis in the desert of fill-ins before Alan Davis returns, but its nevertheless refreshing to read an issue of this series again that feels like it's moving the characters and the story forward once again.