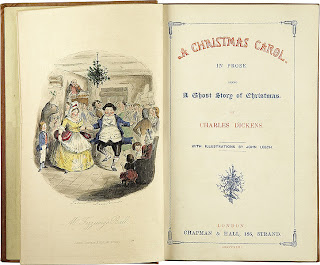 I'm not a big Charles Dickens fan, but A Christmas Carol is the one exception. With it, Dickens manages to speak to the subject most important to him (the disenfranchised poor in Victorian England) but due to it's relative brevity compared to his other works, that subject doesn't overwhelm the story.

And that story is perhaps the most iconic Christmas story ever, and one of the most iconic stories of all time. There have been countless film adaptations, television homages, even comic books inspired by it. Its characters (more on Scrooge later), settings and themes have become indelibly seared into the modern Christmas zeitgeist. It's even credited with popularizing the phrase "Merry Christmas".

To this day, I largely equate Victorian England with Christmas because of A Christmas Carol, yet the themes and characters are archetypal enough that they can be shifted to just about any setting, which accounts for all the variations on the story. You just need a skin-flinted miser, a downtrodden everyman, his sickly kid, a few time traveling spirits and a lesson about keeping Christmas in your heart year round. Heck, you don't even need all of those elements for a successful take on A Christmas Carol.

Also, let's not forget: technically, A Christmas Carol is a Christmas ghost story. Which is a pretty ballsy move on Dickens' part, and presages the fad of smashing together two awesome but seemingly contradictory properties (like Cowboys vs. Aliens or Abraham Lincoln: Vampire Hunter) that's currently taking pop culture by storm.

Of the various versions and incarnations out there, my favorites are Mickey's Christmas Carol (which first introduced me to the story when I was a kid) and The Muppet Christmas Carol (more on that later as well). What are some of your favorite versions? 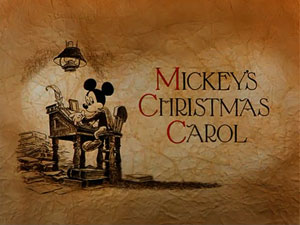