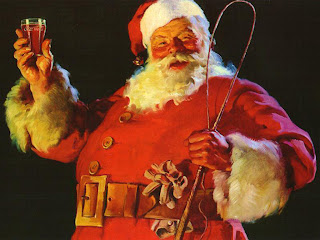 Let's start with the big guy : Santa Claus. Saint Nicholaus. Sinterklaas. Sandy Claws. As Bart Simpson once reminded us, let us not forget the true meaning of Christmas: the birth of Santa. 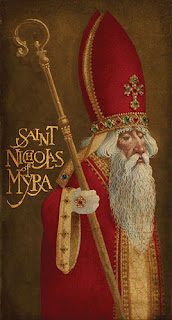 The modern holiday season is built around a brilliant/crass fusion of old school traditions (both secular and non-secular) and modern industry-driven capitalism, and nothing personifies that more than Ol' St. Nick. Not so much a character as an archetype, he can accordingly be all things to all people: a sainted religious figure, a grim spectre dispensing switches to naughty children, a jolly shill for Coca-Cola, or death-spewing killer robot. That archetypal universality is what makes him such a lasting representation of the holiday season. 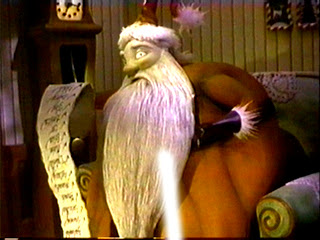 My favorite versions of Santa Claus are the more traditional (well, to modern audiences) version found in the poem "'Twas the Night Before Christmas" by Clement Clarke Moore (a poem my dad used to read to my brother and I every Christmas Eve until we became sullen teenagers who were too cool for such things), the one which describes Santa Claus as someone whose belly shook like a bowl full of jelly; and the aforementioned Killer Robot Santa Claus from Futurama, because, well, he's a killer robot Santa Claus.