It's darn near inevitable that, at some point in its run, a TV show will air a Christmas episode. Usually, these episodes come in one of four varieties:
1. Stranded: The main characters are stranded somewhere (usually but not always the airport) and by the end of the episode, learn the true meaning of Christmas. Like the episode of Full House where everyone is stuck at the airport. 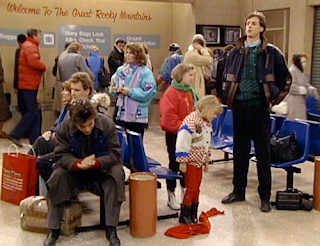 2. Christmas Carol: The main character is visited by the ghosts of Christmas past, present and/or future, and by the end of these visitations, learns the true meaning of Christmas, such as the episode of American Dad where Stan is brought back in time by the Ghost of Christmas Past and tries to assassinate Jane Fonda. 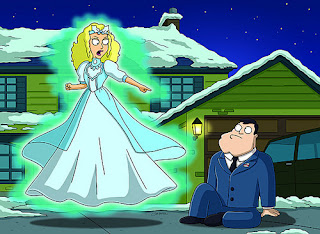 3. Wonderful Life: The main character is visited by an angel or some other higher power and shown how different things would be if the main character wasn't around, thus learning the true meaning of Christmas. As seen in the Married...with Children episode in which Al's guardian angel is played by Sam Kinison (which also features an appearance by Ted McGinley before he was cast as Jefferson D'Arcy). 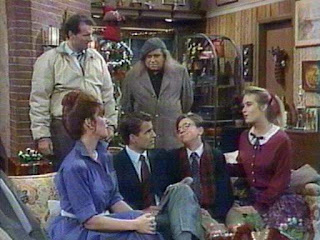 4. Backdrop: Christmas is just a background setting (wreaths on doors, Santa at the mall, shopping for presents etc.) to an otherwise seemingly regular adventure, but by the end, the characters learn the true meaning of Christmas. Like the episode of Saved by the Bell in which Zack and the gang befriends a homeless father and daughter who, despite agreeing to live at Zack's house by episode's end, are never seen again. 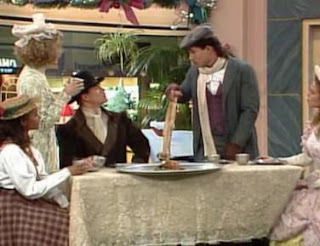 I'm a sucker for Christmas Carol episodes myself, but there's nothing quite like a good Stranded episode when it comes to learning the true meaning of Christmas (though these tend to be less funny). What are some of your favorites (types or specific episodes)?
Also, Wikipedia has a pretty comprehensive list of TV Christmas episodes. And check out my post from two Christmases ago about my 5 favorite TV Christmas episodes.
Newer Post Older Post Home
Posted by Austin Gorton at 6:00 AM