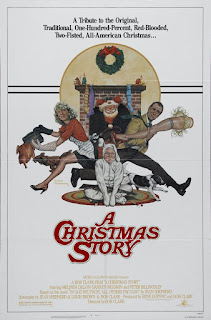 While I certainly wasn't a child circa 1940 (heck, that predates my dad's childhood) a heavy sense of nostalgia still fuels my love of this movie, largely because it's one of those movies I watched every year as a kid. It's always been a favorite of me and my dad (our favorite line: "Wow, yippee, a Zeppelin!" It still gets shouted every Christmas at least once as we open presents). We've always found the movie uproariously funny while my mom and brother...do not. Even though it takes place in an era with which I'm not personally familiar, I still feel nostalgic watching it (and let's be honest: nostalgia has a lot to do with my love of the holiday season).

Another thing I appreciate about this movie is that it's that odd Christmas movie without a moral. That is, Ralphie doesn't learn to appreciate his family, his heart doesn't grow three sizes, and he doesn't sell his hair in order to buy a Christmas present only to receive hair combs in return. Now, there are plenty of great Christmas stories out there that exist largely to teach us a lesson, and I like a lot of them. But every once in awhile it's nice to see a Christmas movie that doesn't aim as high.

A Christmas Story is just the story a boy doing everything he can to get that one special Christmas present. For Ralphie, it's an Official Red Ryder Carbine-Action Two-Hundred-Shot Range Model Air Rifle, but the BB gun is just a MacGuffin; it could be anything, and for anyone watching, it could be that one special Christmas present they always wanted (*cough* Soundwave), and whether they received that present or not, they can either share in Ralphie's joy when he unwraps his blue steel beauty or live vicariously through him.

Now, some more favorite lines from the movie:

Randy: I can't put my arms down!
Mother: Well... put your arms down when you get to school. 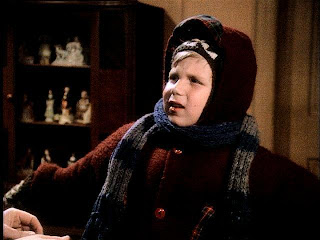 Narrator: Scut Farkus! What a rotten name! We were trapped. There he stood, between us and the alley. Scut Farkus staring out at us with his yellow eyes. He had yellow eyes! So, help me, God! Yellow eyes! 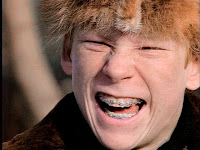 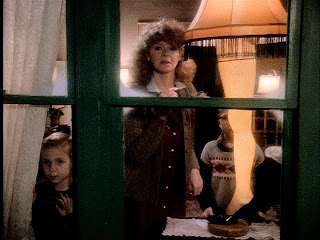 Narrator: Only one thing in the world could've dragged me away from the soft glow of electric sex gleaming in the window.

Mother: All right. Now, are you ready to tell me where you heard that word?
Narrator: Now, I had heard that word at least ten times a day from my old man. He worked in profanity the way other artists might work in oils or clay. It was his true medium; a master.

Narrator: We plunged into the cornucopia quivering with desire and the ecstasy of unbridled avarice.

Narrator: Aunt Clara had for years labored under the delusion that I was not only perpetually 4 years old, but also a girl. 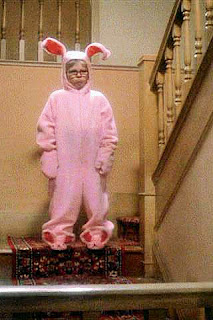 Narrator: Next to me in the blackness lay my oiled blue steel beauty. The greatest Christmas gift I had ever received, or would ever receive. Gradually, I drifted off to sleep, pinging ducks on the wing and getting off spectacular hip shots.
Newer Post Older Post Home
Posted by Austin Gorton at 6:00 AM