This one's for Joan!

Now, I'm not a big snow guy. I don't ski or snowboard or ice skate. I can barely handle physical exertion when it's nice outside, let alone when it's wet and below freezing. And even in the Great White North of Minnesota, snow can be a real pain in the butt when it's coming down, snarling up traffic and making it take longer to get anywhere than it usually does (which irritates the hell out of me). 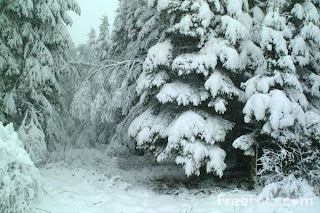 Yes, I know, I live in Minnesota; I'm not really complaining about snow, per se. I like the changing of the seasons (which is one of the reasons I like living in Minnesota) and snow is a part of that. I'm just saying I'm not one of those crazy Minnesotans who likes to play in the snow. Basically, I tolerate it.

But for one month out of the year, I love snow, because I have a hard time picturing a Christmas that isn't white. Seriously, I don't know how you Southrons and Californians do it. Thanks to always living in places with cold, wintery Decembers, and the prominence of white Christmas imagery in the Christmas zeitgeist*, a Christmas with warm weather, green grass or >shudder< palm trees just isn't Christmas to me. 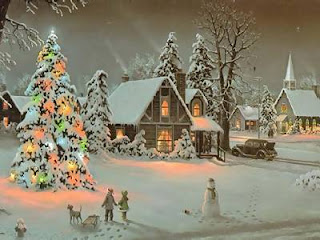 *Which is kinda odd, if you think about, considering the portion of the US that has a white Christmas regularly is probably much smaller than the portion that doesn't have one.
Newer Post Older Post Home
Posted by Austin Gorton at 6:00 AM

Email ThisBlogThis!Share to TwitterShare to FacebookShare to Pinterest
Labels: Countdown to Christmas, x-mas 10