The Simpsons: The Fool Monty
The first act, in which the media conspires to create a new panic to drive up viewership and the ensuing fervor over housecat flu, was fantastic stuff. Unfortunately, it was all downhill from there, as the episode settled in to a fairly standard "Mr. Burns realizes he's a monster, etc." episode. The best bit from the final two thirds of the episode was the amnesiac Mr. Burns referring to himself as Oatmeal, a delightfully random little bit, but otherwise, the episode simply meandered from one thing to another (an extended ET parody, then a moral debate, then scenes in which the town takes their revenge on Mr. Burns) until everything was back to normal, with little to laugh at along the way.

On the side of the Fox News helicopter: Fox News: Not Racist, but #1 With Racists.

Bart: This town can't teach its kids or collect its garbage, but we lead the nation in pointless revenge.

The Simpsons: How Munched is that Birdie in the Window
This episode wasn't much better, and while it was probably funnier from start to finish than the previous episode, it lacked the strong first act to leave an impression. The best bits here were Skinner's glee at the effect Bart's sadness was having on his schoolwork ("if anything, you should make him sadder"). And I'll give the episode credit for the relatively zany ending at the ostrich farm: I figured they were setting up a "pretend to give the dog away so Bart realizes how much he'd miss him" ending, but instead, we got ostrich fights. So at least there was that.

Sarcastic Guy: He's a homing pigeon. He comes home. Unless you wanna spring for a limo?

Moe: Pretty much if it moves, you can bet on it.
Bart: What about the Detroit Lions?
Moe: Hey, lay off Detroit. Them people is livin' in Mad Max times.


Family Guy: Brian Writes a Bestseller
After jokes about his being a dog, Brian's failed writing career is the best well from which to draw jokes, and this episode gave us both in spades. As a result, it was one of my favorites of the season. And while self serving self help books make an easy target, the jokes were still funny.

The ending, in which Bill Maher and company (apparently Seth Macfarlane and Bill Maher are friends) show Brian to be the fraud he is, was...odd, but it still had it's moments (such as Maher chasing Brian off his show with a rolled up newspaper).

Stewie: Writing's the only thing that's giving your alcoholism any credibility.


The Walking Dead: Tell it to the Frogs 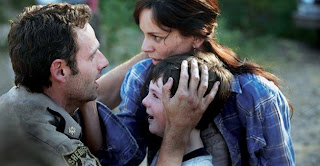 More tonally in line with the measured and introspective first episode, "Tell it to the Frogs" did a lot of things well: we got the emotional reunion between Rick and his family, we got a better sense of some of the other RV survivors, and in the opening few minutes, added some much-needed dimension to Merle's character (which begs the question of why that wasn't done in the previous episode...).

Oddly enough, considering we learned in this episode that Shane lied to Lori, telling her Rick was dead (meaning he was either too quick to proclaim it or intentionally lied for his own purposes), I came to like his character more in this episode than in either of the previous ones. Maybe it's just because he chose to take out his frustrations on a wife beater, but the scenes of him calmly dealing with the fire issue and helping Rick with Merle's brother gave me an appreciation for the character. Good on the writers for making him more than just a skeevy guy who lied to get with his partner's wife.

Similarly, it was nice to see Daryl portrayed as more than a stereotype, and making him an accomplished hunter (as well, presumably, as Merle) provides some explanation for why these people tolerate these asshats, a discussion point that came up after the last episode.

Shane: Why would you risk your life for a douchebag like Merle Dixon?
Daryl: Hey! Choose your words more carefully!
Shane: No, douchebag is what I meant.


How I Met Your Mother: Blitzsgiving 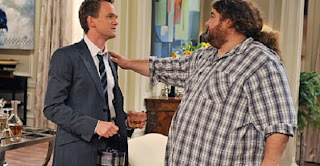 I know it was an obvious and pandering bit of fan service, but I can't deny I laughed heartily when, after the call went out for random numbers, Hurley spouted out the Lost numbers. And Ted's turturkeykey is one of those things that's so gross it's funny, and Ted's devotion to it was hilariously in character. 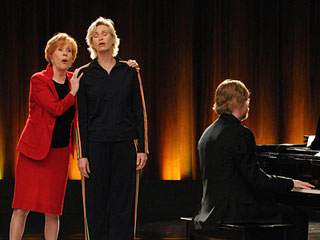 While Sue getting married to herself is standard Ryan Murphy fare, this was a surprisingly less-zany turn for him. Even Sue's wacky plot du jour tied in nicely with the plot involving Kurt's bullying, and while the wedding between Kurt's dad and Finn's mom was more focused on their kids specifically and the glee club in general than a real wedding would be (they have no adult friends to stand up with them?), well, Glee certainly isn't the first show to bend the realities of a wedding in order to keep the focus on the main characters.

Sue's stance against bullying was a pleasant surprise, and I always appreciate it when her character is shown to be more than a one-note villain. It fits her character, too, as while Sue is clearly a bully in her own right (Kurt calls her on it early in the episode) she's someone who wants all the bullying to come from her. There's also a nice bit of continuity involved, considering that of all the glee kids, Sue at least has a personal relationship with Kurt thanks to his contributing to her last win at Nationals.

In a further bit of surprising continuity, Sue was still principal in this episode, but stepped down in protest when the school board re-admitted Karofsky after she expelled him. I really can't stress enough how much I liked Sue in this episode. She managed to stick up for Kurt and still be Sue, which I can imagine is a tough thing to write.

Finally, while she wasn't given a whole lot to do, Carol Burnett as Sue's mom was another bit of fantastic casting, something at which this show seems to excel.

Favorite Sue Line: Which is why I just prefer to think of the homeless as outdoorsy. So shine on, urban campers. You smell like adventure.

Favorite Song: "Just the Way You Are" was the emotional high point of the episode for a reason, and it worked, though it was fun to see Will singing in a non-creepy venue, and doing it quite well. 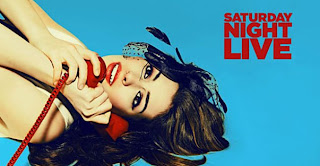 This was probably my favorite episode of the season thus far. I laughed at least once during just about every sketch (though there were definitely a few sketches that didn't work as well).

It certainly helps that Anne Hathaway (recently announced co-host of the 2011 Oscars) is gorgeous.

The cold open was great. Wiig's Nancy Pelosi is one of the few characters she does that I enjoy (she "always looks like she’s watching somebody not use a coaster"), and I loved Boehner's schtick about how the American people called for change but didn't give any specifics.

The TSA ad, which is the thing I heard about the most in the time between the airing of this episode and my getting around to watching it, was definitely worth the buzz.

Weekend Update had some great stuff too. I love me some Food Network but Guy Fieri is one of those people where a little goes a long way, so I heartily enjoyed Brian Moynihan's over the top impersonation of him, as well as Seth Myers berating the dictionary for including one of Palin's stupid made-up words was priceless.

Favorite Sketch: The Miley Cyrus show, of course. Obviously, Anne Hathaway was on as Katie Holmes simply because she does a good Katie Holmes impression, but hot damn, was it a good impression. I seriously want to know how somebody can train themselves to talk out the side of their mouth like that. And I loved Miley's "sexy pictures" segment, which thoroughly mocked people's obsession with the sexuality of someone who is, let's be honest, kinda fugly.