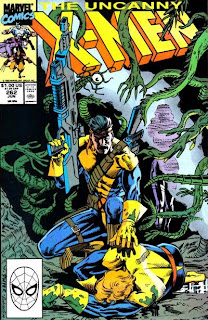 In a Nutshell
The Morlocks capture and maim Jean Grey and Banshee.

Plot
Forge and Banshee track Jean Grey into the Morlock Tunnels, fighting off the Morlocks who've captured her, who then teleport away. Taking her back to the mansion's subbasement, Jean admits that the X-Men are still alive while Forge and Banshee fill her in about the threat of the Reavers, but then both Jean and Banshee are nabbed by the Morlock teleporter when they step out of a shielded area. In Washington DC, the Secretary of State and Val Cooper meet with Genoshan officials, who are applying pressire to get Phillip Moreau and Jenny Ransome turned over to them. Back in New York, Forge sets off into the tunnels after Banshee and Jean. 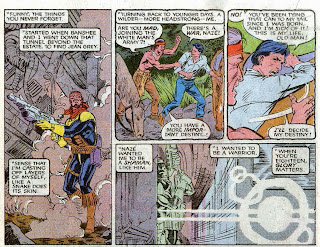 In Soho, Peter Nicholas spots the model who has been haunting him outside his gallery, but when he chases after her car, he discovers it to be completely empty. Later that night, she turns up at his apartment, along with Masque, and all three are teleported away. In the tunnels, Forge is attacked by a group of grotesque Morlocks who resemble the X-Men. He fights them off, unintentionally killing the one who resembles Storm, but Jean emerges from the shadows, telling him that isn't Storm, and cautioning that she and Banshee have experienced some changes since last he saw them: Jean's arms have been replaced by a writhing mass of tentacles, while Banshee no longer has a mouth.

Firsts and Other Notables
Jean Grey's guest star stint continues in this issue, coinciding with her leave of absence in X-Factor. After being rescued from the Morlocks who captured her last issue, she dons one of the new X-uniforms, and by the end of the issue, she's had her arms replaced by a mass of tentacles (by Masque, we'll learn next issue), a condition that persists through to the end of the story. I have things to say about Tentacle Jean Grey, but we'll get to that next issue, when she's more heavily featured. 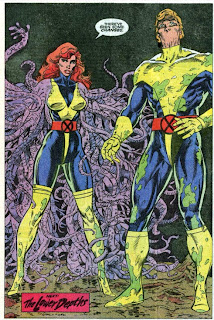 Forge and Banshee learn the X-Men are alive in this issue, as Jean Grey quietly admits as much to them (though it's worth noting they think the X-Men are dead because of what happened in Dallas during "Fall of the Mutants", not because of their trip through the Siege Perilous; similarly, Jean knows they survived Dallas, but is equally ignorant of the changes wrought by the Siege). In a clever bit, Jean defends the X-Men's ruse shortly after Banshee and Forge ask her to keep their continued survival a secret, saying the X-Men did the same thing for the same reasons. 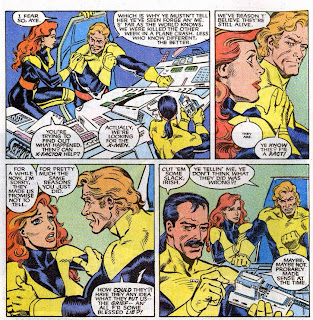 Chief Magistrate Anderson, along with a new Genoshan official, pop up in this issue, working with Val Cooper and the Secretary of State to get Phillip Moreau and Jenny Ransome back. They play a bit of hardball, prompting the US officials to wonder if the Genoshans are trying to start a war. In the short term, this is all setup for issue #264; in the longer term, it's likely setup for the aborted "Mutant War" storyline and, ultimately, the Genosha-centric "X-Tinction Agenda" crossover that sees print in its place. 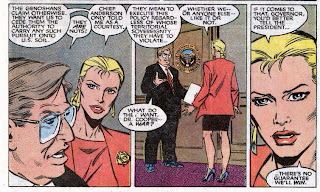 The Reavers are shown attacking a business owned by the White Queen, which is, I believe, just part of Pierce's larger "get revenge on the Inner Circle" goals. 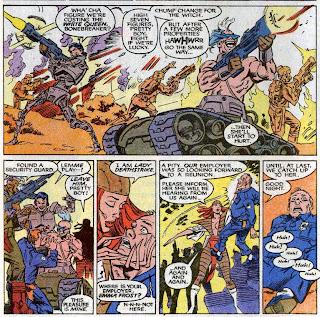 The revolving parade of artists, killing time before Jim Lee comes aboard, begins this issue with Kieron Dwyer, who recently contributed the fill-in X-Factor #47. His work is probably the high point of this next batch of issues.

A Work in Progress
A lot of this issue is built on the fact that Forge and Banshee have never dealt with the Morlocks before, something which, in a nice touch, isn't really pointed out but is nonetheless accurate.

More commentary on the new X-uniforms, including Banshee's now-familiar cracks about modesty, despite, as we've mentioned, the uniforms not seeming all that different from anything else he's worn. 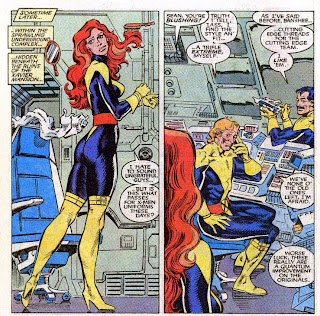 Forge notes that Freedom Force paid a price for defending Muir Island from the Reavers, with two dead and one crippled (presumably meant to be a reference to Avalanche).

Jean suggests moving the rest of the Muir Island residents to Ship, where they'll be safe from the Reavers, a sensible suggestion that, while I understand why it can't happen out-of-universe, it's still nice to see the prospect acknowledged, as it makes sense in-universe for Jean to make the offer. 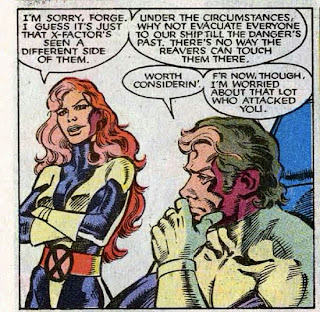 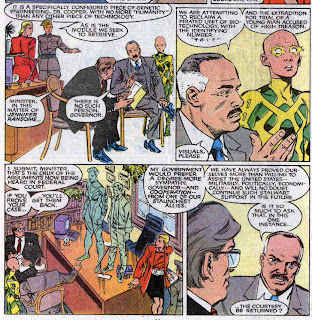 Forge notes that the name of his platoon in Vietnam was the Marauders.

Jenny Ransome's speech is oddly clipped in this issue, though she spoke normally in previous issues. 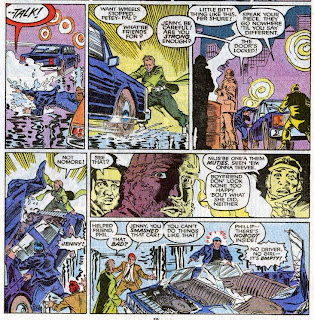 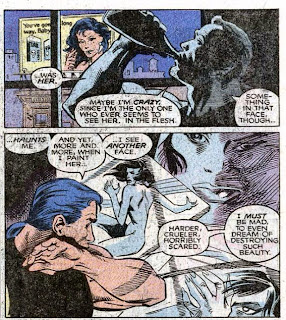 For Sale
There's an ad for the Dick Tracy movie in this issue, one of those movies with which I was briefly obsessed as a kid (though I still rather like it to this day). 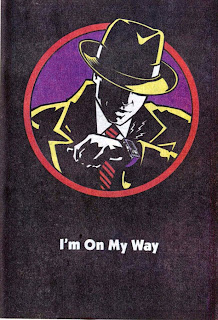 Bullpen Bulletins
Marvel apparently was promoting a group of heroes as the "Heroes of the 90s" around this time.Also, the upcoming "Days of Future Present" annuals are teased, though I think we're still a few months away from their release at this point. 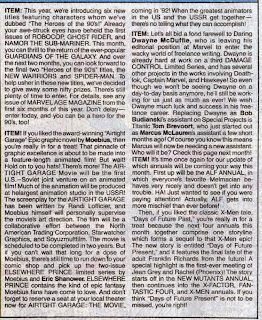 Teebore's Take
This issue kicks off what is probably my least favorite run of issues during Claremont's entire tenure on the book, as a revolving door of lackluster artists illustrate some relatively middling stories (I'm not much of a fan of the previous issue, but it does at least have Silvestri on art). Case in point, the next two issues bring the Morlock subplot to the forefront while putting Forge in the spotlight, expanding on his backstory now that he's a semi-regular character in the book. His flashback scenes in this issue are fine, and it's definitely a good idea to spend some time with a former supporting character who has essentially been elevated to one of the series main characters at this point (Banshee, at least, has his tenure with the team during the early Claremont/Byrne run to fall back on) but most of the back story we get here (building off what was established in "Fall of the Mutants") isn't all that far removed from the cliche "idealistic youth becomes jaded by the realities of war in Vietnam" routine, so it's hard to get too excited about it. Which is pretty much this batch of issues in a nutshell: we'll encounter some stuff that is outright bad soon enough, but for the most part, the biggest sin is that nothing here is worth getting worked up over, for good or bad.