Joe never gives up
He's always there!
Fighting for freedom
Over land and air

Not the most exciting of commercials this time. (Or so I assumed, until I discovered something odd...) The theme is essentially the same from the cartoon, so we're not graced with any disco-themed tributes to any of the characters. It would've been hard to top the sheer cheese of "Zaar-taaan" from the previous commercial, admittedly. 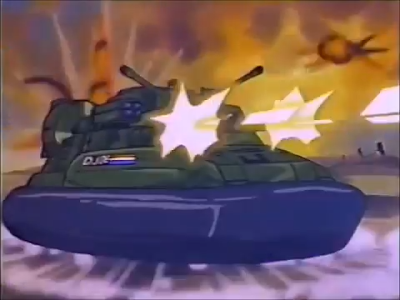 The true purpose of this ad is clearly to promote the Rattler and WHALE vehicles, although the Rattlers we see here seem off-model. The issue it's promoting does have a "toy ad" feel to it in a few scenes...although, oddly, the most toy-etic moment from the comic isn't in this ad. There's a sequence that has an army of Cobra robots controlled via remote by Cobra Commander, a departure from the grounded tone of the era's comic that comes out of nowhere. I'd have to guess it was cut from the ad at the last minute, because the sequence just doesn't have the feel of Hama's work in this era. 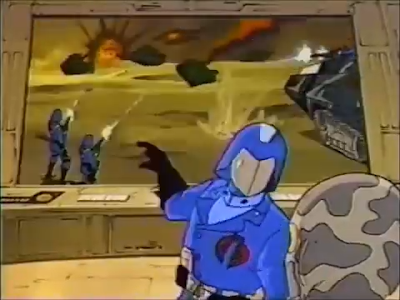 It's amusing that this is yet another commercial that ends with Cobra Commander declaring they must call some other Cobra agent to pull their fat out of the fire. Previously, we had Major Bludd, Destro, and now Zartan. "But what can he do?" asks Destro...as we end with the second ad promising Zartan has something truly nasty in store for the Joes.

What makes this one interesting is that the archived version on the excellent Yo Joe Youtube page is not the partial version archived as an old WMV file on JoeGuide.com. Wild Bill, voiced by legend Frank Welker, doesn't even appear at all on the higher-quality version we have on Youtube. Neither does the Rattler-specific jingle. 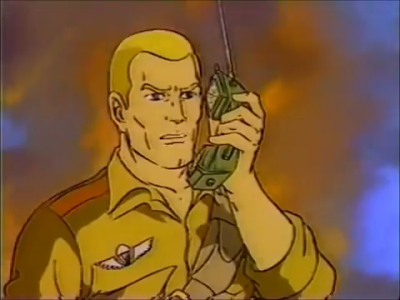 And looking at other versions on Youtube, it appears no one else has the partial version of the #28 ad on JoeGuide. (Although, since their version cuts off at the end...maybe this isn't an ad for #28? And yet, it's hocking the WHALE and Rattler, just like the other version of #28.) So, did issue #28 have two separate ads? And has the full "alternate" version of #28 ever surfaced?

Maybe someone out there has the answer. In the meantime, I'd like to remind everyone that my book Black Hat Blues is now an audiobook...and you might qualify for a free Audible trial if you follow this link...