Wow, this time Zartan literally rips through the comic during the opening of the commercial! I suspect adding animation to the comic covers was a preemptive defense against any claims these were in reality toy ads, which forced the producers to become more creative with each issue. 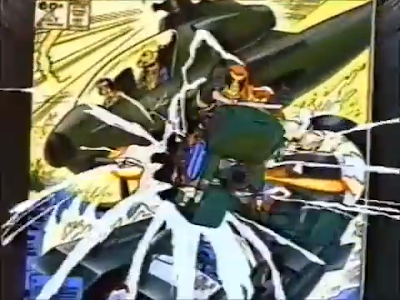 I keep mentioning how accelerated the pace of these commercials is coming, but it still surprises me. This is airing just one issue after #24's commercial, which marked Storm Shadow's debut in animation. That ad forced Hama to portray Cobra Commander in a manner he typically avoided, in addition to showcasing some new vehicles in the comic. This time, we have more new vehicles and Zartan as the focus of the commercial, which meant he had to be the star of issue #25.

Sort of. Issue #25's story expands the mystery of Storm Shadow's connection to Snake Eyes, setting the stage for the next two issues (the famous "Origin of Snake Eyes" arc, which Hama has named as his personal favorite Joe issues.) The Zartan material is treated as cutaways, with a team of the new Joes infiltrating the swamp headquarters of the mystery Cobra agent. Much of the action is assigned to Firefly and Wild Weasel, the new Cobra agents introduced in the previous ad. Zartan makes his presence felt in the closing page, which teases him possibly killing Mutt's canine sidekick, Junkyard. Oddly missing from the kids' TV ad... 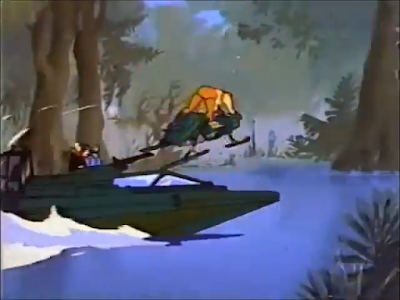 In terms of disrupting the flow of the comic, this is one of the more innocuous commercials. It doesn't dictate any specific plot points, allowing Hama room to actually treat his stories as real stories that need space to breathe each month.

While previous ads have benefited by employing the actual actors used in the animated series, it would appear an "official" Zartan had yet to be cast. This doesn't sound like the actor from the animated series at all, though it's evident they've already decided to establish Zartan as Australian at this point. (I'm wondering again if Chris Latta was asked to step in and just do an additional voice at the recording.) 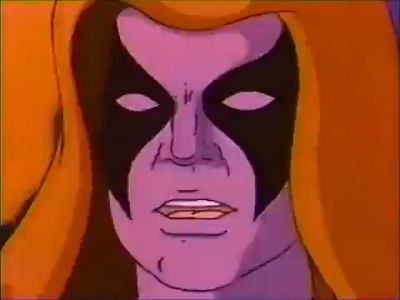 The commercial, naturally, plays up Zartan's color-change gimmick. The technology that allowed the paint on Zartan's figure to change from peach to blue in the sun was apparently something that excited Hasbro, so it had to be incorporated into Zartan's character. Hama didn't seem to have any patience for this, while Zartan's earlier cartoon appearances at least paid it some lip service. (But were they ever consistent about showing his skin changing to blue in the sun in the later episodes?)

The jingle has earned something of a reputation over the years -- I'm not sure if any of the other comic commercials featured such egregious disco beats. The "Zar-taan" backing vocals are amazingly stupid, but that's just part of the fun. 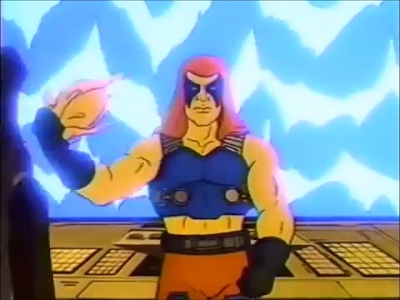 I will say the lyrics feel a tad uninspired this month. Crafting new variations of the same tune every few weeks had to be a pain, I'm sure, but "fighting fiendish new foes" doesn't exactly work as a closing line. Or maybe it's just the rushed delivery that ruins the line for me.

Hey, my continuation of the Sunbow series is still available for free over at Smashwords. And I'm very close to my goal of fifty Amazon reviews for my new book Black Hat Blues. If you could help me out, I'd certainly be grateful.