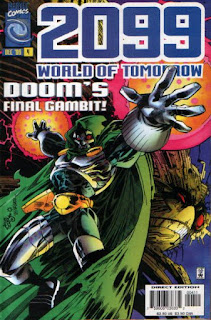 In a Nutshell
Garokk defeats strange as Winn stands revealed as Phalanx!

Plot
Beneath the Savage Land, Dr. Strange battles Garokk. When he touches her, she transforms to stone, and Garokk becomes Sorcerer Supreme. At the Last Refuge, Maddy finds Metalhead, who summons Xi'an to help Cerebra, mentally damaged following her encounter with Franklin the Robot. He believes he will have to rebuild her entire nervous system. Later, Xi'an & Victor settle tensions amongst a segment of the human population who believe the mutants are conspiring against them. On Mars, December, Metalsmith and Dr. Isaacs meet the Takers, and learn they are trying to terraform Mars. In Doomworld, Magus attacks. As Spider-Man battles him, Doom & Xina teleport away. Doom needs Xina's help to infect him with the techno-organic virus to ensure he doesn't come under the control of Magus. She does, and though the process is extremely painful, Doom emerges triumphant. Meanwhile, Fiona leads Uproar & Wulff in an attack on the Wild Boys new leader, who turns out to be Vulture, but then Fiona reveals she was really leading them into a trap. In the Savage Land, Jade retrieves the cocooned Nostromo, after which the group is attacked by agents sent by Doom to retrieve Nostromo. Just then, Winn reveals himself as Phalanx and claims Nostromo, saying the boy belongs to the Phalanx now, body and soul!