Early on in The Empire Strikes Back, Han offers up as explanation for his renewed concern over the price placed on his head by Jabba the Hutt a recent (offscreen) encounter with a bounty hunter on Ord Mantell. It's an example of one of the things that makes the Star Wars Universe so fun and captivating: the lived-in feel of the universe, the idea that the characters have adventures and experiences beyond the ones presented to us directly in the film. And, of course, lines of dialogue and references to other events like that are catnip to writers working in the universe in other media, offering them an opportunity to craft a story that fills in the details behind an otherwise offhand remark unimportant to the larger narrative of the movie.

Not surprisingly, then, the bounty hunter encounter on Ord Mantell has generated a fair share of Expanded Universe stories, and some clean-up was eventually done to clarify which one exactly represented the events referenced by Han. However, all of that was wiped out along with the rest of the Expanded Universe, and to date, no canonical depiction of the encounter currently exists. Here then is a list of the various stories that, at one time, offered up a potential glimpse at the events teased by Han's line of dialogue. 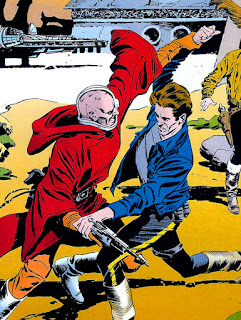 Published from February through April in 1981 (and later released by Dark Horse as Classic Star Wars #1 and #2), this story by Archie Goodwin & Al Williamson was the first to present a pre-Empire encounter with a bounty hunter on Ord Mantell. The bounty hunter in question is Skorr, a humanoid, vaguely-alien cyborg hunter who made a few appearances throughout the Star Wars comic strip (with Goodwin using him as a recurring villain so as not to diminish the impact of the Emperor or Vader via repeated appearances in the strip). His plan involved kidnapping Luke & Leia and using them to lure Han to Ord Mantell.

Prior to the acquisition of LucasFilm by Disney and the resetting of Star Wars canon, Skorr and this story were considered the canonical depiction of the events referenced in the film. 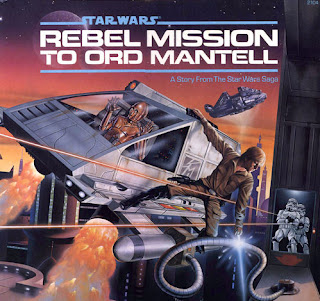 An audio drama released in 1983, Rebel Mission to Ord Mantell was written by Brian Daley (who also wrote the scripts for the Star Wars radio plays that aired on NPR, as well as the Han Solo Adventures, novels featuring Han & Chewbacca prior to the start of A New Hope). Featuring Han and Luke leading a mission to distract the Imperials from the preparations for the Rebel's base on Hoth, it was intended to depict the encounter on Ord Mantell mentioned in Empire, but was later determined to just be the detailing of another adventure on the planet featuring the main characters. 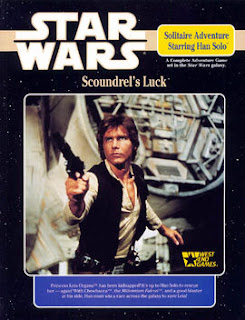 Written by Troy Denning (who would later write several Expanded Universe novels for Del Rey) and published by West End Games (whose role playing game sourcebooks are responsible for some of the earliest detailed information about the Star Wars universe outside the films, including the names of many of the films' ancillary characters), "Scoundrel's Luck" was a choose-your-own-adventure type story set on Ord Mantell. Published in 1990, it was determined to take place much closer to the end of A New Hope than the beginning of Empire, and thus, depicting just another encounter with a bounty hunter on Ord Mantell. 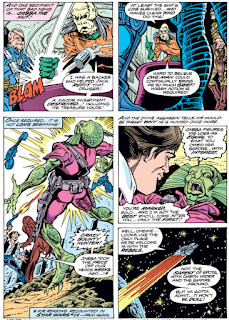 The closing page of issue #37 of Marvel's Star Wars comic (the issue intended to be the last before the start of the series' adaptation of Empire) features Han having a run-in with a bounty hunter, learning in the process that Jabba has reinstated the price on his head (which had been cleared in an earlier issue of the series). The location of the encounter goes unnamed; after watching Empire, it would be easy to assume this page is depicting the event Han references. However, Archie Goodwin, who wrote this issue, later presented the tale of Skorr in the comic strip, thus relegating the events depicted in this issue to just another encounter between Han and a bounty hunter, on an un-noted planet.
Newer Post Older Post Home
Posted by Austin Gorton at 12:00 PM