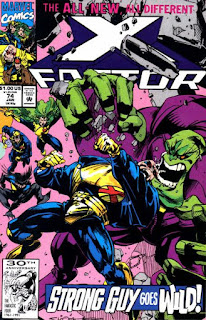 Plot
Late at night, Alex awakens from a dream to find Rahne perched at the end of his bed. The next morning, he, Lorna, Rahne and Guido are called to X-Factor headquarters, while Ricochet meets with his shadowy ally, then says goodbye to his family before heading off to the Senate. At X-Factor HQ, the team meets with the lie detector expert, Val's ex-husband Edmond Atkinson, just as word comes in that a lunatic has taken hostages at the Washington Monument and is calling out Strong Guy. X-Factor arrives on the scene, and Strong Guy confronts the hostage taker, a massive mutant named Slab, who declares he's rigged the monument to explode. Havok has Quicksilver check for explosives, but he collapses outside the building due to the strain of his powers. Back at X-Factor's headquarters, Edmond declares that the Madrox who didn't join X-Factor is the real one, and Val releases him with her apologies, much to the dismay of the other Madrox. Back at the monument, Wolfsbane finds the collapsed Quicksilver, just as Strong Guy's battle with Slab brings the monument crashing down. Amidst the rubble, Ricochet appears as Senator Steve Shaffran, declaring he wants X-Factor arrested.


Firsts and Other Notables
This issue is the first appearance of Slab, the first of Mr. Sinister's newest group of henchmen, the Nasty Boys (who get indirectly name-checked here) to appear. He strong and not traditionally-attractive, and we'll eventually find out that his sister is Mutant Liberation Front member Thumbelina. 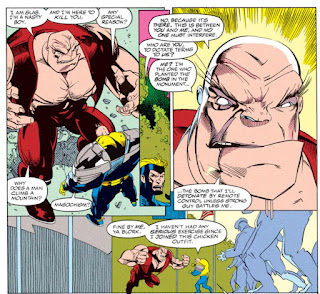 We also learn that Ricochet, the mysterious villain attacking the new X-Factor team, is a US Senator named Steve Shaffran, while Mr. Sinister, though unnamed, is clearly shown to be his secret associate. 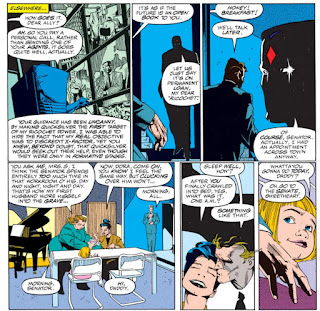 This issue establishes how Strong Guy's power works, as he absorbs kinetic energy and transforms it into increased strength (more or less like Sebastian Shaw); the idea that the energy he absorbs also distorts his body mass will come later. We also learn that before his power manifested, he was bullied as a child. 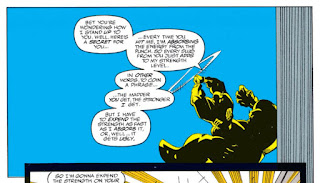 Val's ex-husband, the polygraph expert Edmond Atkinson, appears for the first time (he'll pop up again in later issue of the series).

After examining the two Madrox, he declares the fake Madrox (ie the one who didn't join X-Factor) to be the real one. That Madrox also establishes that X-Factor's Madrox has no memory of the "Coconut Grove affair" aka the events of Fallen Angels. 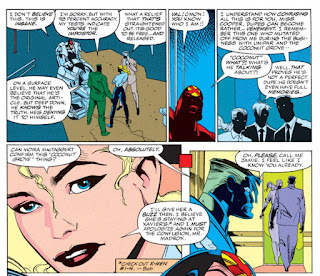 Early in the issue it's said that Lorna's dream are haunted by a white-haired man in red and purple.I don't believe this ever comes up or gets confirmed, but it could be a reference to Magneto (who at this time is not officially Lorna's father though I think nowadays he is. Comics!). 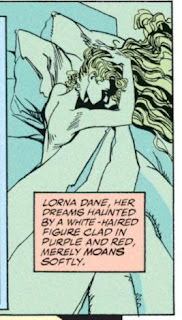 Quicksilver appears to be dreaming of Crystal, his estranged Inhuman wife. Their estrangement will become something of a plot point both her and over in Bob Harras' Avengers, where Crystal is currently serving as a member. 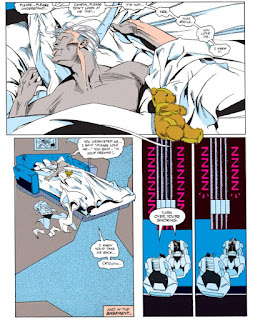 A Work in Progress
For whatever reason, Slab is colored green on the cover.

Rahne says that she's experimenting with her look, trying to look as human as possible without reverting to her full human (and thus mindless) state. 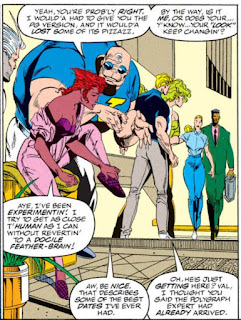 It's noted that X-Factor doesn't know Guido's last name (it will eventually be revealed to be Carosella).

X-Factor arrives at the Washington Monument in a fancy car, which I don't think ever appears again. 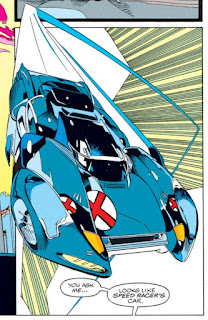 Pun with Peter!
When Alex asks Lorna about Rahne, she responds that it helps the grass grow. 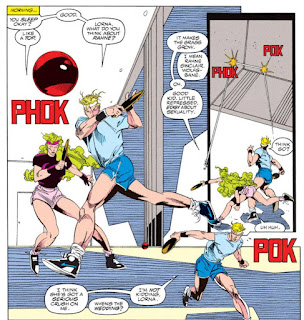 The issue of Madrox' identity is referred to as a "multiple choice question".

Strong Guy, clearly not serving as the voice of the author, declares that he hates puns.

Young Love
Rahne has now reached the point that she's creepily sneaking into Alex's room and watching him sleep while perched on the end of his bed. 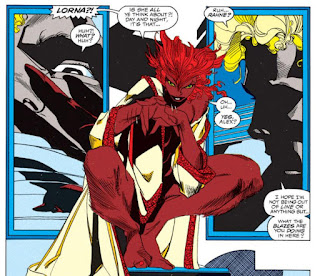 It's also worth noting that despite their recent reconciliation, Alex & Lorna are not sleeping together.

Austin's Analysis
The penultimate chapter to his first storyline on the book, and Peter David continues to balance plot, characterization and action masterfully. Nothing about this issue on the surface screams that it's leading to the big conclusion next issue, yet at the same time, we're definitely at a point where the overall mystery of who is secretly attacking X-Factor and why is ready to be revealed. And just as with Madrox last issue, the focus this issue on Strong Guy puts the spotlight on one of the lesser known members of the team, a smart way to afford page time given that Havok, Polaris and Wolfsbane are probably much more familiar to the average reader of the series. Stroman's art gets a little wonky is places (well, wonkier than usual), with some curious faces popping up throughout the issue, but he also continues to turn in some really strong pages, layout-wise (like Strong Guy pummeling Slab while explaining how his power works, or the crumbling of the monument), and overall, this is another strong installment in what is easily the best of the four relaunched X-books at this time.