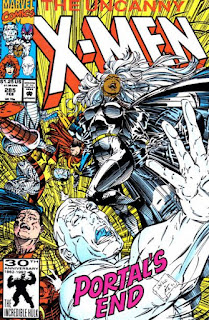 In a Nutshell
The first appearance of Colossus' brother Mikhail

Plot
The X-Men emerge on the other side of the void, but are scattered. Colossus & Jean land in the midst of the armored rebels they fought on Earth, all of whom bow down before Colossus when he reverts to his human form, claiming the prophecy has been fulfilled. Elsewhere, Storm is rescued from the desert by a hooded man who grows upset when he learns the X-Men breached the portal. Elsewhere again, an unconscious Archangel helps a group of soldiers defeat rebels when his wings act of their own accord, earning the praise of the soldiers. Elsewhere yet again, Sunfire and Iceman fall through the roof of a tavern, while Storm & the stranger depart his home and Colossus & Jean arrive at the rebel base, where Colossus is received as a savior. Later, Iceman & Sunfire hear word of Colossus, while Archangel is received by Shar-har-a-zath, the worldy avatar of the Triumvirate, who names him their Lord Protector. Back at the rebel base, Jean and Colossus are suddenly joined by Storm and the stranger, who reveals himself as Colossus' brother. Back on Earth, Trish Tilby reports on Bishop's massacre of Fitzroy's allies, but a watching Bishop swears the future he knows will never come to pass.

Firsts and Other Notables
This features the first appearance of Mikhail Rasputin, Colossus' older brother (though he is not named in this issue). Briefly mentioned all the way back in issue #99 and believed dead, it turns out he's alive after all, with next issue going into more detail about his survival, presumed death, and how he came to this alien world. Possessing a vague mutant ability to do...stuff...with energy, Mikhail will return to Earth with the X-Men, hang around for awhile before being written out after Portacio leaves, then come back again later to get sucked into the "The Twelve" storyline. All in all, he's really done little to merit his return this issue. 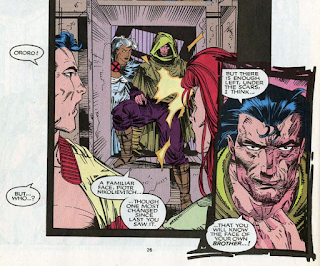 A Work in Progress
Narration in the opening of the issue confirms that Jean is no longer going by the name Marvel Girl. I've always thought Marvel Girl is a lackluster codename (mainly because its chief significance comes from its connection to the company that publishes the comics she appears in, not because it's terribly descriptive of her powers or personality) and she was definitely no longer a girl at this point (and "Marvel Woman" doesn't have quite the same ring to it, even though Sue Richards managed a Girl/Woman transition), but I also think it's kind of dumb that Jean spends a good chunk of the 90s without a codename at all (to the point that she's just "Jean Grey" in the opening credits of the animated series). Even without establishing a direct connection to the Phoenix Force, I like that Jean eventually reclaims the name Phoenix, just to give her some kind of codename, even if it does kind of screw over Rachel (though for whatever reason, I like her using "Marvel Girl", as she did briefly in the 00s, much more than Jean).

This issue says that Jean can only direct her power at one target at a time, which doesn't seem to fit with what we've seen previously (I'm pretty sure she's directed a telepathic blast at multiple people at once).

Knocked unconscious, Archangel's wings act of their own accord; the relationship between Warren and his wings becomes something of a minor subplot during Portacio's run. 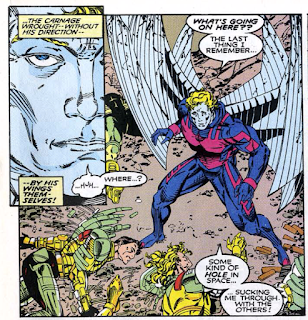 It's correctly noted that Sunfire was, however briefly, once an official member of the team. 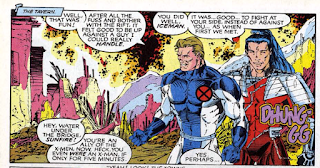 Trish Tilby, Beast's reporter girlfriend from X-Factor, pops up, reporting on Bishop's rampage (Portacio actually uses X-Factor's supporting cast a bit during his run, presumably due to his familiarity from being the book's artist, but it's still a nice bit of continuity for the time).

The Grim 'n' Gritty 90s
After exclaiming "Lenin's Ghost," Jean cautions him against using such oaths while trying to pass himself off as a savior, especially ones tied to fallen icons. 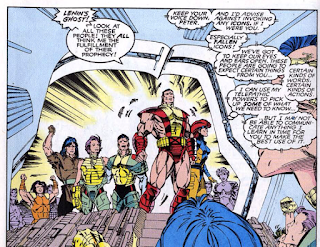 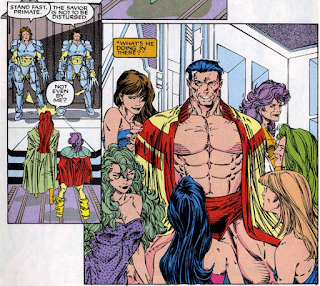 For Sale
This issue features one of the first ads in an X-book for BMG Music, a subscription service which promises you eight CDs (or cassettes) for the price of just one half CD! 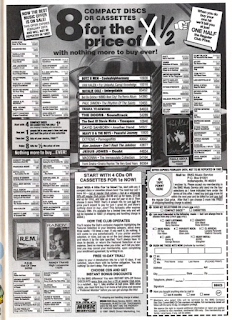 Remember how Beetlejuice was a big enough hit to spawn not only video games, but an animated series as well? 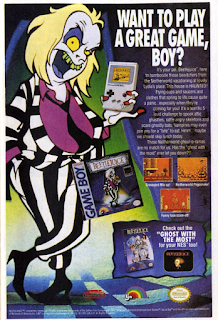 Ah, Game Genie. The only way I was able to play past level two or three on most of my NES games (I've never been terribly good at video games, despite my general affection for them). 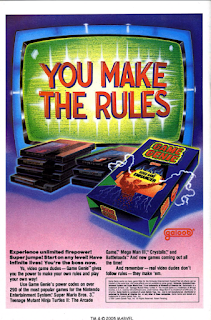 It's in the Mail
In a two page letter column, several letters applaud Bishop and the introduction of a male black X-Man (even though he hasn't joined the team yet, everyone apparently already knows or is assuming he will). Another letter points out that the X-Men seem to have lost their inability to be detected by electronic devices without comment.

Oddly enough, one of the big problems with this storyline, is that it's both too long and too short. Too long, in that, despite only running three issues (the first of which being mostly Earth-bound setup), it seems like the X-Men are stuck on this alien world forever. And too short because this world feels entirely unformed and lacking in detail. On the surface, this story is not unlike "Judgment War", in which three of the five members of this book's current cast ended up scattered on an alien world and made allies and enemies amongst the natives before coming back together and returning home. But where that story was also at least an issue or two too long, the world it created was fully formed and well-rendered, with new characters distinct in both appearance and personality, embroiled in a central conflict that was easy to grasp while also having some thematic resonance for the series' main characters.

Here, the alien characters are little more than stock types, at best. Jean and Colossus befriend the plucky rebels, who are fighting (for reasons) against...other people. One of whom Archangel falls in with, the leader of the rebel's opposition, the Triumvirate, apparently (shades again of "Judgment War", but Princess in Pink Dress is no Perfect Seera). Iceman and Sunfire get in a bar fight. Storm meets a mysterious stranger, whom we learn on the last page is Colossus' long-thought-dead brother, and we suddenly start wondering if all this was just a vehicle for bringing him back (and then immediately wondering why). A longer story would allow more time for these new characters to grow and develop, perhaps, but at the same time, so much of what's presented here is so one-note and stereotypical, it's hard to want to spend more time in this world. So the story is stuck, too short to give the new characters and world time to expand and develop into something interesting, yet so bland and unremarkable that the whole thing drags and feels longer than it is.

Next Issue
Tomorrow, more X-Force fighting the Brotherhood in X-Force #7. Friday, the Madrox mystery resolved in X-Factor #75. Next week: Omega Red in X-Men #5.