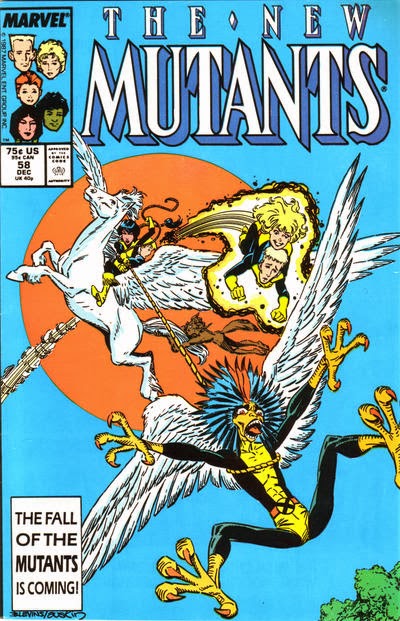 In a Nutshell
The New Mutants take Bird-Brain home to help his friends.

Plot
As the rest of the New Mutants study for midterms, Doug and Rahne work with Bird-Brain to increase his vocabulary. As the moon comes out, Bird-Brain starts to freak out, talking, near as Doug can tell, about some kind of tests and "the end of it all" occurring with the full moon. Later, as Bird-Brain watches Sesame Street, he shows familiarity towards a tiger, intriguing the New Mutants as Bird-Brain was found on an ice flow in the North Atlantic. The next morning, they show him pictures from old National Geographics, and determine he likes pictures of Greenland but hates zoos. Later, despite being grounded, the New Mutants decide to sneak out for burgers, taking Bird-Brain with them once more. That night, as they watch a movie, Bird-Brain is upset when a lion tamer whips a lion. 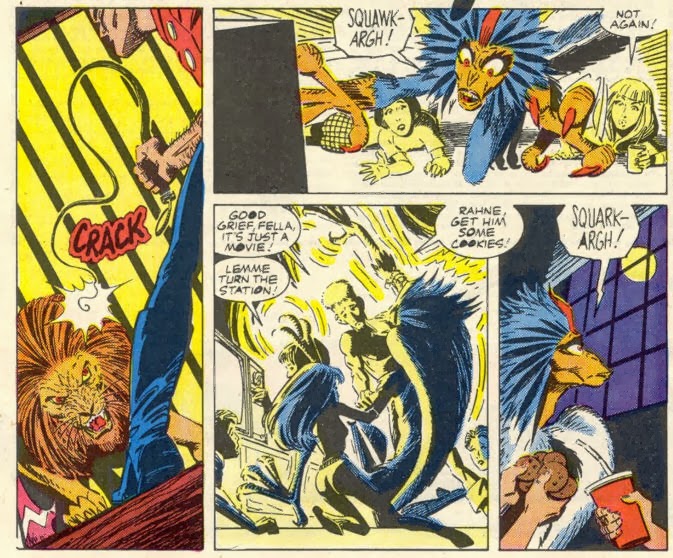 Doug lets an agitated Bird-Brain sleep in his room for the night, and gives him one of Sam's old uniforms to wear. But as Doug sleeps, Bird-Brain, worried for his friends, flies out the window, waking the New Mutants. They track him to a McBurgers, where he demands many burgers, fries and shakes before flying off with the food. When the New Mutants catch up to him, Dani pulls an image out of Bird-Brain's mind and they realize he was trying to fly back to his home with the food to save his friends, who will be tested that night. The New Mutants agree to help him, and Illyana teleports them to the North Atlantic, after which Bird-Brain leads them to his island home. But after landing, they're surrounded by a pack of fearsome creatures.

The Chronology Corner
Illyana's upcoming appearance in Uncanny X-Men #225 occurs during this issue, as the New Mutants prepare to help Bird-Brain return home and help his friends.

A Work in Progress
Bird-Brain's vocabulary increases in this issue, and if you're curious, his first word is "MAWK-BERK-AWK" or "McBurger".

We also learn a little more about his background: he comes from an island in the North Atlantic, where other creatures similar to him which he considers friends live, whom will soon be forced to partake in a deadly test, prompting him to return to the island in order to save them, all of which is setup for the events of this series' contributions to "Fall of the Mutants". 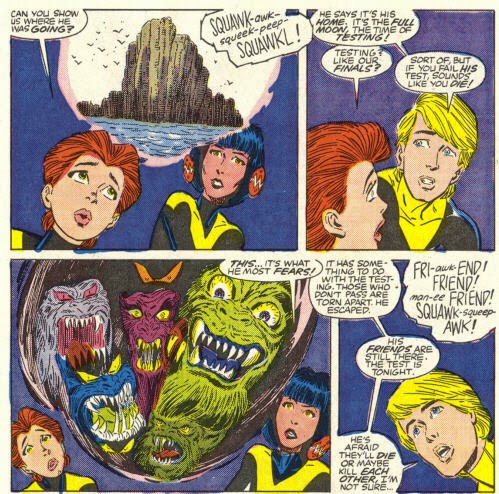 Bird-Brain also dons a New Mutants uniform (one of Sam's old ones) in this issue. 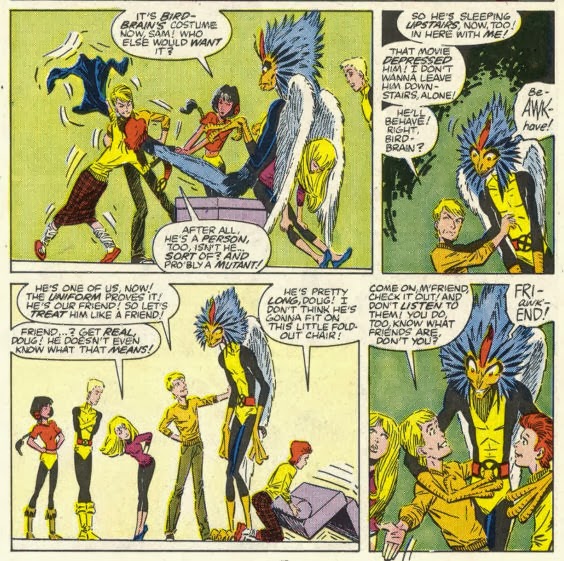 As the New Mutants teleport to Bird-Brain's home, the idea of going back to tell Magneto where they've gone is floated and shot done on the grounds that they don't have time...despite the fact that one of them is a teleporter who can travel through time and space. Seems like Illyana'd at least be able to pop back to the school and leave a note, especially since she finds time to show up in Uncanny X-Men #225. 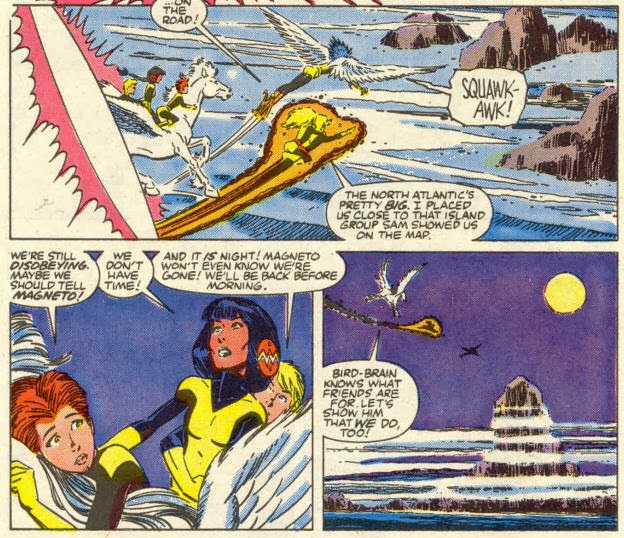 I Love the 80s
At one point we see the kids in their sleep wear of choice, and of course Illyana's is the skimpiest of all, made all the more disturbing now that she's being drawn like a twelve-year-old pixie. They're Students, Not Superheroes
In the wake of last issue's malt shoppe fiasco, the New Mutants have been grounded by Magneto, and will remain so unless they do well on their midterms. Of course, the New Mutants flagrantly disregard this punishment when they sneak out to help Bird-Brain, because they're real teenagers now.

Teebore's Take
More of the same, unfortunately: more Bird-Brain, more uncharacteristic sneaking out despite being grounded, more terribly annoying "Squ-AWKs", plus plenty of MAWK-BURK-AWKs and FREN-KSCH-FREES (and no attractive Orzechowski lettering in this issue to help take the edge off Bird-Brain's speech). And look, I'm not made of stone: the plight of Bird-Brain's fellow creatures, hungry and facing death, is sad, compounded by the fact that at this point, their champion is Bird-Brain himself.

As annoying as Bird-Brain is (and he's only more annoying in this issue), there's something admirable in his desire to save his friends, and something both touching and intrinsically sad about him thinking he can do so with a few sacks of purloined burgers while flying across the Atlantic under his own power. But that pathos aside (and let's be clear: making one feel sad about the plight of helpless animals is not difficult), this is largely just another headache-inducing issue with the characters doing stupid and uncharacteristic things because the plot demands it.

Next Issue
Tomorrow, Boom-Boom returns in X-Factor #22. Next week, more "Fall of the Mutants" setup in Uncanny X-Men #224, while the New Mutants meet the Ani-Mator in New Mutants #59.
Newer Post Older Post Home
Posted by Austin Gorton at 12:00 PM