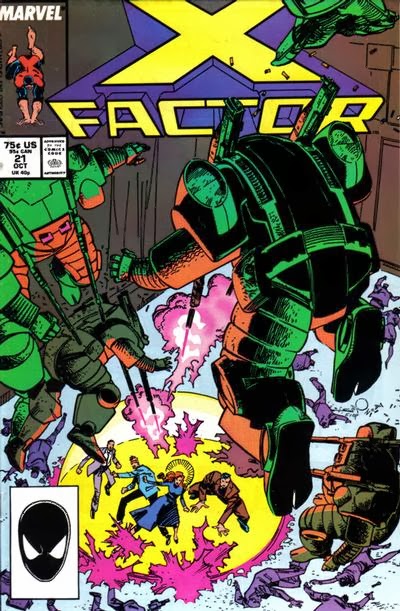 In a Nutshell
Angel's will is read.

Plot
Cameron Hodge returns to the X-Factor complex, and is quickly accosted by X-Factor. Though he feigns knowledge of any nefarious actions, X-Factor fires him, citing his failed ad campaign for the organization, which fanned the flames of anti-mutant prejudice. Later, Hank, still ill, plays a game of chess with the kids before getting ready for the reading of Warren's will. Unknownst to them, Hodge watches X-Factor from his secret lair within the complex, making ready a plan for later in the day. In the midst of a media circus, X-Factor and Hodge arrive uptown for the reading of the will, at which it's announced that Warren has left all his money to X-Factor, to be administered by Hodge. 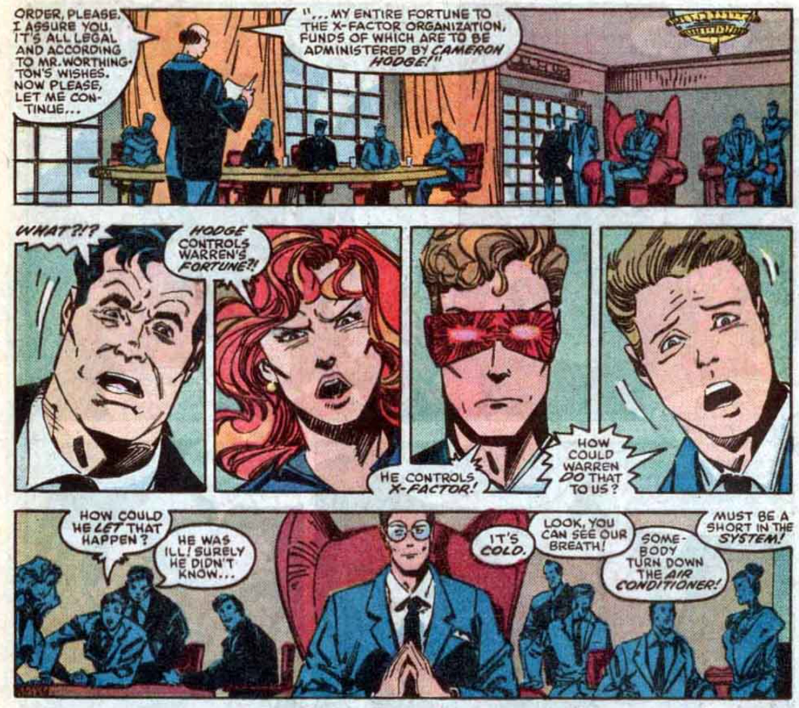 Outraged, X-Factor storms out and addresses the media. Just as they're about to reveal the truth behind X-Factor, Hodge puts his plan into action, and the scene is suddenly attacked by a group of armored troops claiming to be fighting on behalf of mutants. X-Factor does their best to protect the innocents caught in the crossfire, eventually chasing off the troops before escaping themselves through the underground tunnels. Overhead, Apocalypse watches with amusement as Hodge points to the attack as an example of why mutants are dangerous. Back at the X-Factor complex, the kids see the footage of the attack on TV. Knowing X-Factor will have to return through the tunnels, they rush downstairs. But once Rusty opens the door, more the armored troops X-Factor fought burst into the complex.

Firsts and Other Notables
Though they aren't yet identified as such, this marks the first appearance of the Right's armored troops, notable for the seeming big smile on their helmets. They'll remain a fixture both in X-Factor and throughout the X-universe for the next several years before disappearing along with most trappings of this era in the 90s, but they continue to pop up in conjunction with the Right from time to time. 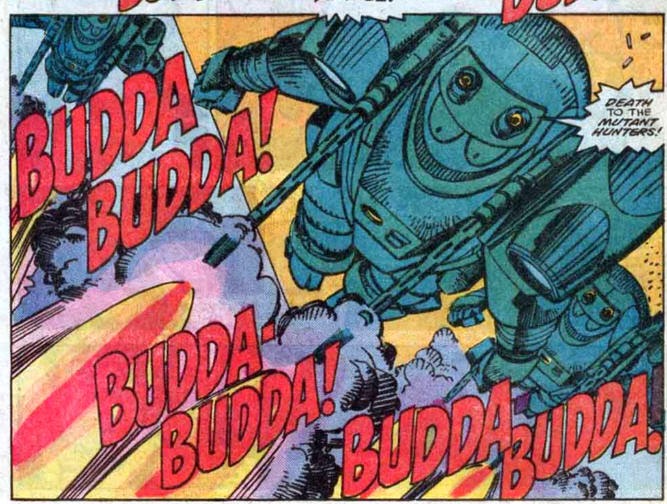 Angel's will is read this issue, and while he did leave his money to X-Factor, he specified that it is to be controlled by Hodge, prompting the rest of X-Factor to, uh, quit X-Factor, and effectively leaving Hodge in control of Angel's fortune moving forward.

It's also revealed, via Trish Tilby, that Hodge clandestinely arranged for Warren's wings to be amputated.

X-Factor is on the verge of revealing themselves as mutants when the Right troops (as part of Hodge's plan) attack, and though they end up using their powers publicly in the ensuing battle, the footage is shaky enough that nobody makes the connection. Nonetheless, this is the closest X-Factor has yet to come to outing themselves.

Apocalypse, amused by Hodge's machinations, reveals that his work on Death is complete, and the fourth Horseman is ready to learn how to use the power he's been given. The ensuing picture of Death is one of the only times he'll be seen in the traditional Horseman uniform. 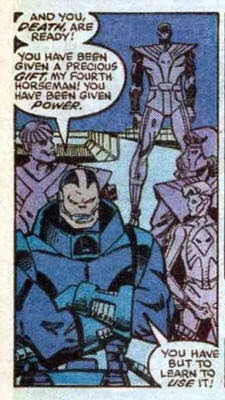 A Work in Progress
Some of Hodge's motivation is revealed, as he explains that he and Warren were best friends and the socially powerful long before Warren learned he was a mutant. 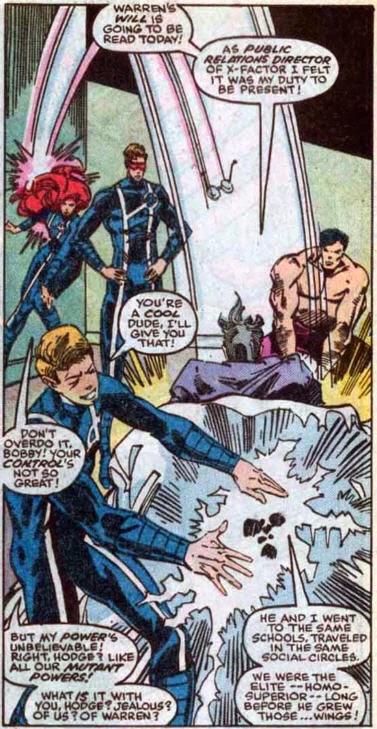 Hodge points out that X-Factor went along with his mutant hunter ruse, but they counter they never "read the fine print" on his setup, and were too happy just to be working together again to pay much attention, more attempts to distance the characters from the mutant hunter premise. 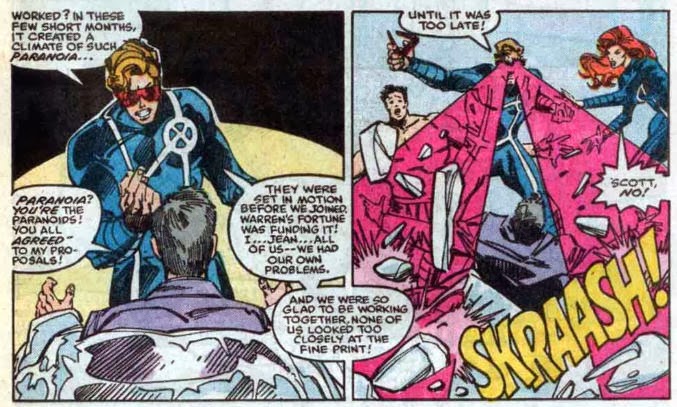 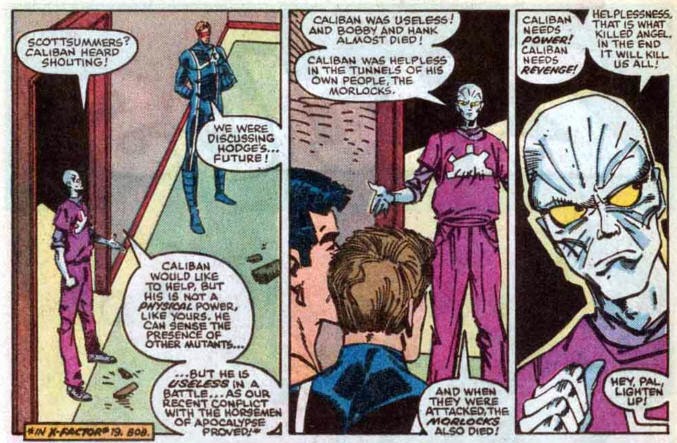 Beast notes that despite his continued illness, he feels physically stronger than ever, and that his mind remains sharp. 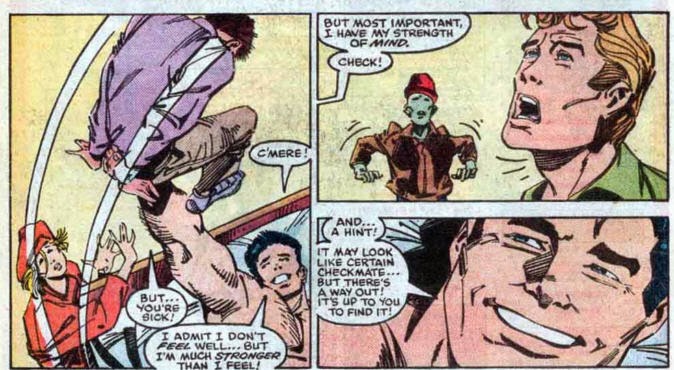 Trish Tilby hints that she's realized that the members of X-Factor are mutants.

Artistic Achievements
I don't know why, but there's something about the gigantic glasses Walt Simonson gives Hodge that I find appealing. 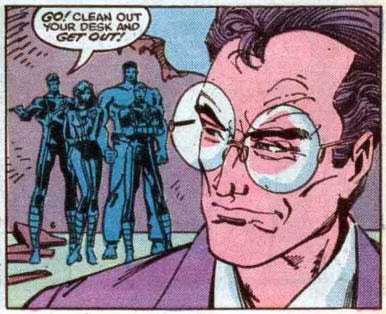 Teebore's Take
After the Apocalypse interlude and what amounted to a glorified fill-in, Simonson brings back Hodge in this issue, beginning a three part story arc that will reveal his motivations once and for all, in the process further evolving the concept of X-Factor while carrying the title into "Fall of the Mutants". As mentioned in issue #19, it's a Claremontian and effective bit of plotting on her part, creating finite stories with clear beginnings and endings which still flow directly from one to another, reminiscent in structure to the height of the Claremont/Byrne partnership. Setting up Hodge as a behind-the-scenes manipulator (here credited with clandestinely arranging the court order that removed Angel's wings, leading to his apparent suicide) not only provides a narrative spine that connects recent events, reaching back not only to Angel's death and his crippling at the hands of the Marauders, but even further, to the start of the series and its ill-advised premise. In doing so, Simonson, like Claremont, creates the sensation that each of these narrative pieces is part of a larger puzzle, all the more impressive considering she wasn't involved in the creation of the series' earliest issues.

Next Issue
Next week, Storm fights a big snake in Uncanny X-Men #223, Bird Boy fights his hunger in New Mutants #58, and the X-Factor fights the Right in X-Factor #22.
Newer Post Older Post Home
Posted by Austin Gorton at 12:00 PM