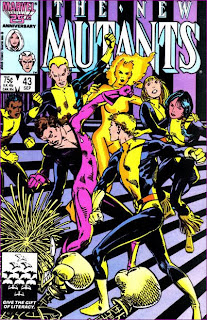 In a Nutshell
The New Mutants get back at Empath.

Plot
Following a vacation with his mother, Roberto returns to the school, and is warmly welcomed back by his friends. However, upon learning about what Empath did to Tom Corsi and Sharon Friedlander, he is outraged that neither Magneto nor the New Mutants have done anything to get him back. That night, he gathers the team in the boathouse and urges them to strike back at Empath. Illyana is up for it, while the rest defer to Sam and Dani who, despite some doubts, ultimately agree. The next evening, Empath goes to bed, but wakes up in Limbo, where Illyana threatens to hand him over to S'ym before slashing him with her Soulsword. 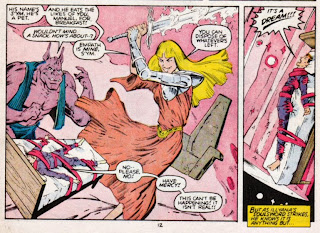 Back at the Massachusetts Academy, Empath's teammates in the Hellions realize he's gone missing, and determine that the New Mutants were involved. Elsewhere, Empath suddenly finds himself in an abandoned house, and is quickly beset by a series of trick and illusions created by the New Mutants and designed to scare him. But when the time comes to physically harm the petrified Empath, Doug relents, saying that the New Mutants shouldn't stoop to his level and attack someone weaker than themselves. Though Roberto insists Empath deserves to be hurt, he relents when the Hellions show up to claim their teammate and Thunderbird promises to do his best to keep Empath in line. As the New Mutants teleport home, Empath swears vengeance on them, only to get slugged by Thunderbird. He intends to keep his word, and if Empath doesn't learn from this experience, he'll have to deal with Thunderbird.

Firsts and Other Notables
Roberto rejoins the team this issue, though his absence is played off as more of a vacation than the crisis of confidence/wariness about Magneto that it was presented as when he left. 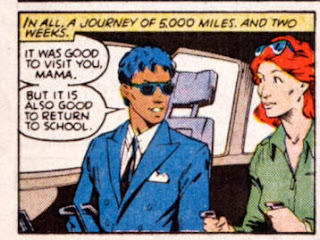 After a pair of solo stories spotlighting Sam and Dani, this issue features the whole team once again, sans Wolfsbane, who we will learn next issue is in Scotland with Moira.

Steve Purcell fills in on pencils, along with our old buddy Whilce Portacio on inks.

Per the Statement of Ownership in this issue, average sales in the previous year were 285,871 copies per month, with 223,226 copies sold in the month nearest filing date, down (perhaps due to Sienkiewicz's departure) from 307,895 and 263,956 per the last statement.

A Work in Progress
The opening pages, with the New Mutants interacting with Roberto and his mother as he returns to school, is filled with some pretty obvious expositional dialogue. 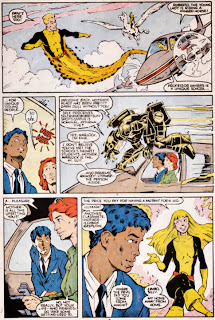 Similarly, the script can't seem to decide between Mrs. DaCosta being surprised by the New Mutants and their powers or having been aware of them (which, technically, she is, as a result of New Mutants #8-11).

Upon returning to the school, Stevie Hunter makes Roberto prove that he's stayed in shape via some ballet positions. 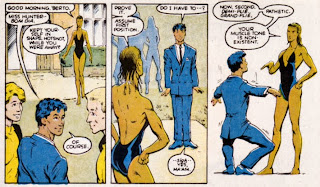 Tom and Sharon are still recovering from their manipulation by Empath. 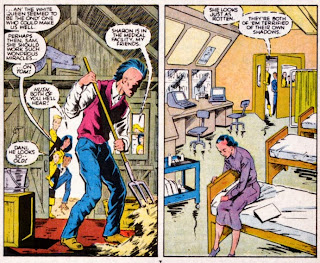 At the Massachusetts Academy, a group of kids are playing "X-Factor", with one playing a mutant being chased by the others, a neat little nod to that book and the impact of its mutant hunter ruse. 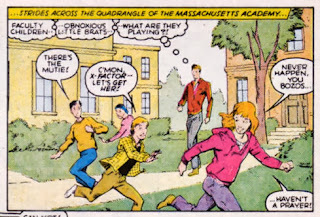 The Hellions use "Cyberiad", the White Queen's version of Cerebro, to locate Empath, though unlike Cerebro, it presumably doesn't require a telepath to use (as none of the Hellions are telepathic).

Even though the Hellions would just as soon abandon Empath to his fate, Thunderbird won't let them, saying to do so would be Empath's style, not theirs. 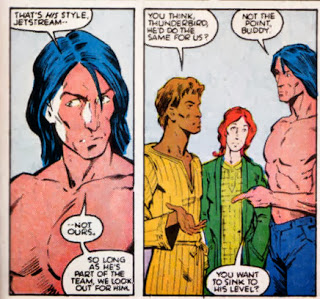 At one point Empath refers to Dani as "Savage". Stay classy, chum. 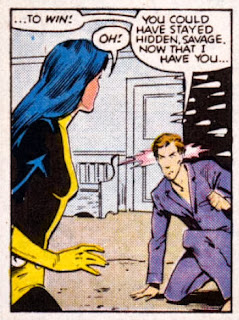 Teebore's Take
After a pair of solo adventures (and an even longer absence for Roberto), Claremont reunites most of the team to tie up a loose thread from the recent Hellions story, by having the New Mutants go after Empath for what he did to Tom and Sharon. Ultimately, the New Mutants pull back before doing any lasting damage, and while its easy to quibble with this given the severity of Empath's actions, having the New Mutants realize that, ultimately, they are heroes, and that means they have to be better than vengeance is certainly in keeping with both classic superhero ethos and the characterization of the team thus far (one could also quibble with the notion that Magneto and the White Queen, two adults in a position of authority, are not seen addressing Empath's actions in any way. But again, that fits the book's focus on the kids).

Ultimately though, Claremont gives us our cake while we eat it too: the New Mutants stay true to their ideals, but still manage to scare the bejeesus out of Emapth (and Empath in turn is kowtowed by his own teammates) to the extent that we get some catharsis for his heinous action. It may not be much, and it may not be perfect, but even taking the time to address a lingering plot thread like this is the sort of thing that we rarely see in the unending cavalcade of events that constitute modern superhero comics, which makes something like this all the more notable, and appreciated.

Next Issue
Tomorrow, X-Factor is under public fire in X-Factor #7, while next week, its X-Men vs. Hellfire Club vs. Nimrod in Uncanny X-Men #209 before Legion makes a return appearance in New Mutants #44.
Newer Post Older Post Home
Posted by Austin Gorton at 1:00 PM