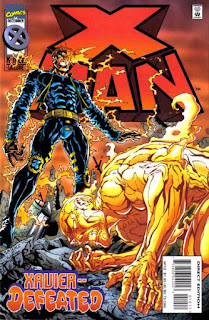 Plot
Nate Grey heads north, towards the X-Mansion. But he is waylaid by a hurricane and, struck by lightning, crashes onto a North Carolina beach. Meanwhile, Blaquesmith arrives at the mansion to warn Xavier about Nate. Meanwhile, Nate wakes up in a jail cell and is taken to breakfast at a nearby diner by the local sheriff who found him. At the X-Mansion, Blaquesmith tells Xavier about Nate's immense psychic power, , and they begin trying to locate the boy. At the diner, Nate learns about the Legacy Virus and prejudice against mutants, innocently announcing to everyone there that he's a mutant. Just then, Xavier & Blaquesmith locate him, and Xavier astrally projects to his location. He arrives just as Nate uses his power to put the increasingly angry crowd at the diner to sleep, and when he tries to scan Nate, he is detected, prompting Nate to pull Xavier out of the astral plane and into the real world. He then attacks Xavier, and though Xavier tries to reason with him, he quickly realizes Nate is too angry to listen, and that the only way to end their fight is to make Nate think he's killed Xavier. Returning to his physical body, Xavier tells Blaquesmith the encounter went poorly, as he fears Nate will never trust him or his X-Men now, but for the sake of the world, they must find him again.

Firsts and Other Notables
Presenting the first encounter between Professor X and Nate Grey, this issue is notable for the way Nate pulls Xavier out of the astral plane. This incident will later be cited as a turning point in his development by Onslaught, who learned from Nate that it was possible for him, a psionic entity, to manifest a physical form in the real world, thereby allowing him to act more independently of Xavier and advance his plans. 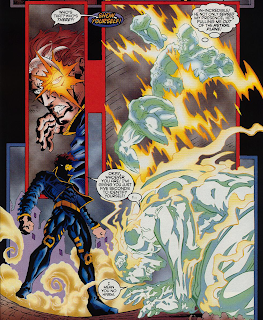 Of less note, Xavier meets Blaquesmith for the first time this issue as well, something Blaquesmith says, historically, never should have happened. 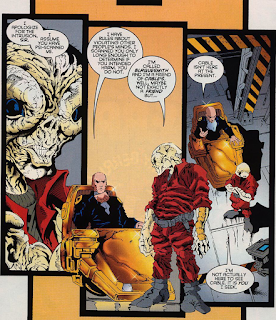 At the end of the issue, Xavier fears that Nate will now have deep-seated distrust of him and the X-Men on the whole, which will largely be accurate, as Nate will bounce around having interactions with X-teams long before he gets friendly with the X-Men. 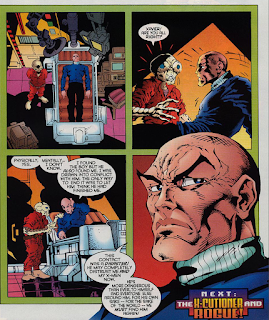 This is John Ostrander's first full issue as the series' writer (he worked off a Jeph Loeb plot in the previous issue), the beginning of a run which will last through issue #14.

A Work in Progress
Nate passes by Blaquesmith fighting the random ship from the second story of the previous issue on his way to the X-Mansion. 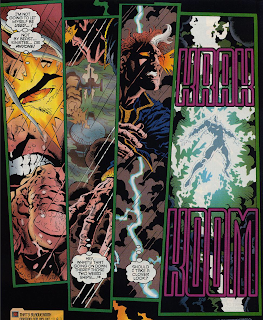 Blaquesmith says it’s his job to help Cable keep  track of his destiny. 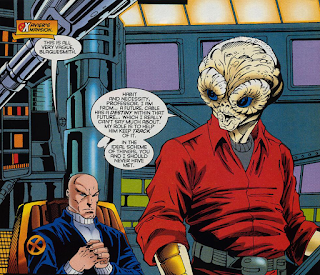 Xavier realizes Nate is likely the psionic presence he detected in X-Men: Prime. 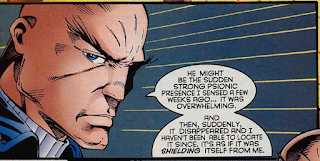 Nate learns about the Legacy Virus (Moira MacTaggert) in this issue. 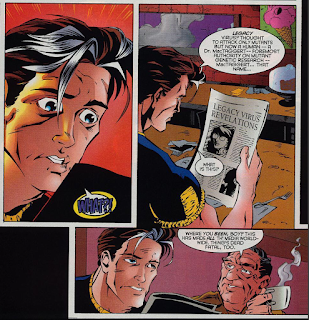 Human/Mutant Relations
Nate is surprised by the anti-mutant hostility he encounters at the diner, naively telling the crowd that had been enjoying his company that he is a mutant. 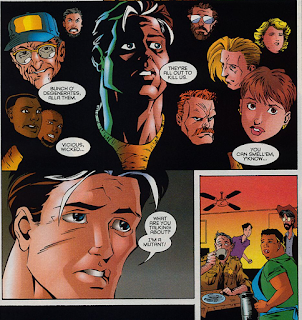 Austin's Analysis
In terms of this series, this issue is a marked improvement on the last. For one, like that issue, it features a notable happening in the development of Nate's character, his meeting Professor X for the first time (and, in true Nate fashion, thoroughly botching that encounter). But unlike the previous issue, there's more to this than an issue-long fight, and while Steve Skroce still remains seemingly incapable of finishing an issue on his own, the shifts in artists here is much more subtle (or at least palatable) than in the previous one. Nate remains far too passive a character (he doesn't drive the plot so much as react to it), but Ostrander at least gives him some people to talk to, and the moment where he meets anti-mutant prejudice with genuine bewilderment is the rare good use of the character's "fish out of water" status quo. It's grading on a curve, certainly, but nevertheless, a much welcomed-improvement.