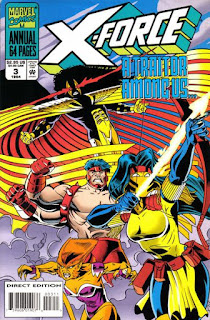 In a Nutshell
Moonstar and the Mutant Liberation Front team-up with the Chinese 3-Peace.

Plot
As Dani Moonstar leads the MLF in a training session, she contemplates the recent events in her life that have led her to the group. Meanwhile, in China, 3-Peace, consisting of mutants Jade Dragon, Collective Man, & Nuwa, are arrested by China Force. However, Reignfire comes to their aid, offering to help their cause if they join up with the MLF. The MLF help 3-Peace break into a government facility to get some information, during which Reignfire kills one of China Force. Later, the MLF & 3-Peace infiltrate a complex holding captive mutants, but China Force is waiting: Reignfire cut a deal with the Chinese government, double-crossing 3-Peace. However, Nuwa is able to use her power to help 3-Peace escape, and when they encounter a waiting Moonstar, she lets them go. Back at MLF headquarters, Reignfire tells her that the Chinese government doesn't suspect her of allowing 3-Peace to escape, but Dani knows that Reignfire does.

2nd Story: Siryn is staying at Cassidy Keep and thinking of her long-dead mother. One night, she is lured to a nearby cave by a lullaby and discovers Murphy Keep. Inside, an older woman is singing to a non-existent baby, and she tells Siryn that while her mother is gone, she still has others she can rely on. The next morning, Siryn takes her friend Kelvin to the cave, but the Keep is gone. Kelvin says she must have dreamed it, but Siryn insists it was real.

Firsts and Other Notables
Filling the "villain spotlight" theme of the '94 annuals, this issue is centered on Dani Moonstar, the former-New Mutant-turned-MLF-member. It notably confirms that Dani is working with the MLF as a double agent, and not because she's genuinely turned evil, though who exactly she's working for as a double agent is not revealed (it's implied here that she's doing it at least in part to help Reignfire - strongly hinted throughout this issue to be Sunspot - presumably to somehow make him less evil, but later stories will establish her mission to have been in the service of SHIELD).

Reignfire, the mysterious new leader of the MLF, was last seen in X-Force #28, the same issue in which Sunspot was lost to the team, and the art in various scenes is barely even trying to hide the fact that Reignfire is Roberto (which is indeed Nicieza's plan at this point; later stories will complicate the relationship between the two characters). 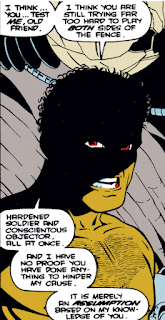 And in more “Reignfire is Roberto” hints, he refers to Dani as an old friend.

The second is China Force, a group which debuted in the same Alpha Flight story which introduced Jade Dragon, and has made a handful of appearances in various configurations of membership since this story. China Force is the Chinese government's official team of superheroes, whereas 3-Peace is working in opposition to the government for the betterment of mutants. 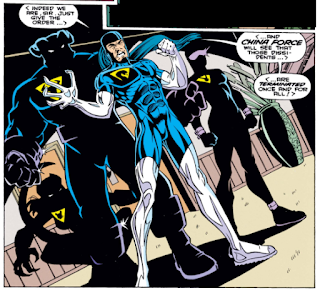 Kelvin Doneghann, the reporter friend of Siryn who first appeared in issue #31, appears briefly in the second story. 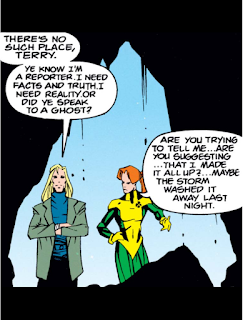 Creator Central
Art in this issue comes from a young Mike Wieringo, probably best known for his collaborations with Mark Waid (notably on Flash and Fantastic Four) and the creator-owned Tellos (and, unfortunately, for dying far too young). His work in the X-office is sadly limited to a few one-off issues like this, though he did draw the upcoming Rogue limited series.

A Work in Progress
Moonstar notes that her powers shifted (leading to the whole "psionic arrows" thing after she returned to Earth from Asgard. 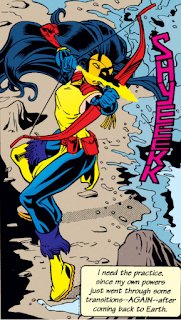 The MLF is now operating out of the Animator’s old island facility (from the New Mutants portion of “Fall of the Mutants”).

Forearm and Dani share a disdain for Feral and Wildside, and Dani can’t figure why he’s thrown in with the MLF. 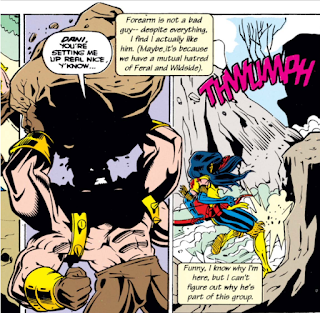 Reaper is said to have been lost to battle, implying he was killed, but that wasn’t the case in the MLF’s last battle (also, it’s kind of funny that the footnote following the list of the MLF’s recent losses says there’s too many issues to reference, when in fact it all pretty much happened in issue #28). 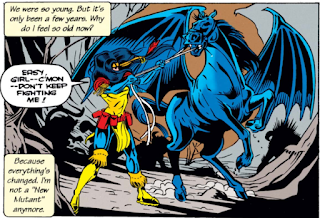 Bird-Brain, the Jar Jar Binks of the New Mutants, appears briefly off panel, questioning Dani's presence with the MLF. 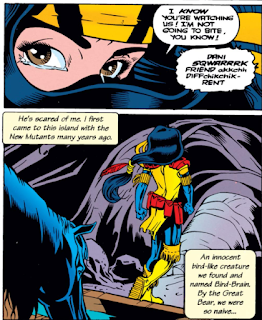 It’s noted that Feral’s accent gets more pronounced the angrier she gets. 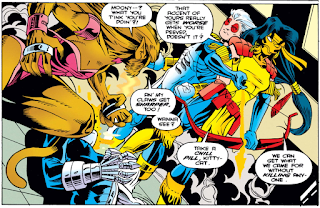 It’s established that Reignfire found Dani after she was forced out of Asgard, at which point he explained his rationale for the “liberation” in the group’s name. 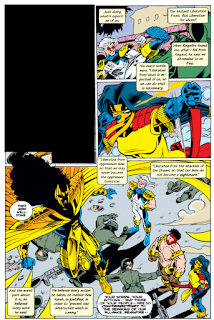 Austin's Analysis
Of all the X-books which received a '94 annual, X-Force is the best positioned to take advantage of the "villain spotlight" theme, as they have two recurring villains with connections to the team and swirling in mystery, making this annual an unique opportunity for both character and narrative development. Certainly, Nicieza doesn't use this issue to settle all the mysteries surrounding Moonstar's sudden alliance with the Mutant Liberation Front (or Reignfire's identity), but he does confirm that she's acting in some capacity as a double agent, and drops some more hints about her departure from Asgard (as well as all but declaring that Reignfire is Sunspot).

Along the way, he digs into Moonstar's head, centering the issue on her and her inner conflict as she struggles with how damning it is doing bad things for a good reason. It's pretty standard double agent stuff, but Nicieza illustrates a strong understanding of the character (who was always deeply pragmatic and never afraid to do the right thing back in her New Mutants days), and it's a delight having Moonstar back in the spotlight after such a long absence. The decision to cut X-Force entirely from their own annual is smart as well: no one will ever accuse the MLF of being well-rounded, but putting the focus on them helps make them feel less like one-note 90s caricatures (having Moonstar and Roberto Reignfire, and to a lesser extent Feral, part of this iteration of the group helps in that regard too). And while it's hard to say whether Mike Wieringo's art is an effective juxtaposition against the darker subject matter of the writing, or a distracting contradiction to it, it's enjoyable on its own merits either way. The end result is a strong issue that makes the most of the year's gimmick, advances the narrative of the series while also furthering its connection to New Mutants, and provides an overdue peek inside the head of a long-absent friend.