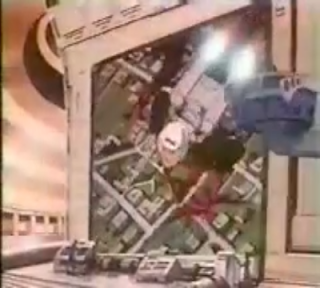 Here's an odd one. The second commercial to air for the G. I. Joe comic is for the fifth issue, cover dated  November 1982. Most likely, it went on sale in late summer of that year. Perhaps someone somewhere would like to search through Youtube archives of kids' TV commercials from that summer. Now, why do such a thing when great folks like 3DJoes have already archived all of the ads?

Well, seems as if only eleven seconds of this commercial have been located. And when even dedicated fans of 3DJoes haven't located something, you know it's a buried treasure.

Some ads are only 15 seconds, so it's possible we're not really missing anything. If this were 15 seconds, that means the final four seconds might just be the closing blurb that features the cover of the comic. However, all of the other Joe TV ads are for thirty seconds, I believe, so I have a feeling we're truly missing out on nearly twenty seconds of that stunning Toei animation. 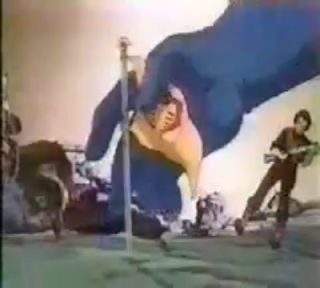 From what we can tell, it's a simple showcase of the early action figures. Cobra Commander is ranting (and breaking what appear to be the 3.75 inch versions of the actual toys.) The Joes are on his monitor, fighting against Cobra. 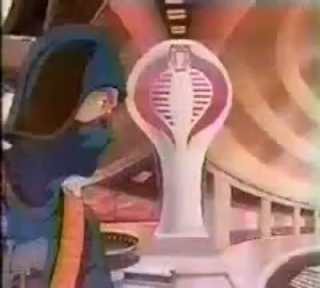 The action literally bursts out of the screen, with Cobra Commander being chased by a VAMP jeep inside his hidden headquarters. 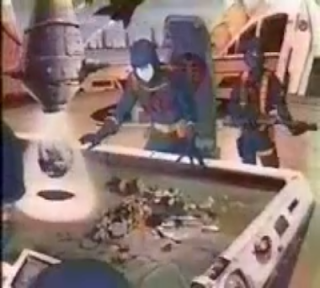 The ad is more symbolic than anything, so Hama's given a decent amount of freedom when penning this issue. 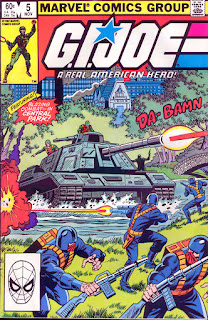 Initially, #5 reads as a done-in-one story. Not an obvious toy commercial, although Hama of course works in all of the vehicles Hasbro has established in the advertisement. (Hama makes life easy for himself by setting the story during a military parade.) 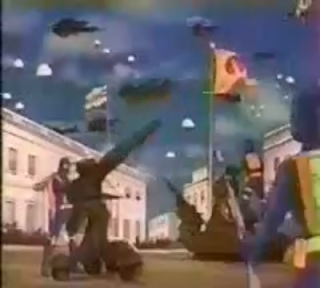 There is a massive significance of issue #5, however.  Likely as a throwaway joke, Hama establishes Cobra hiding out in a parade as the Springfield Marching Band. Beating The Simpsons to the joke by nearly a decade, it's supposed to be innately amusing that Cobra's chosen the most prosaic, common name for a small town as the name of their fake band. 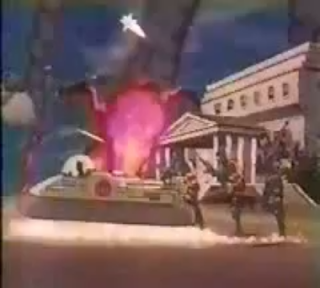 That thought stayed with Hama, leading to the creation of an actual Springfield, the secret suburban home of Cobra's nefarious activities. It's essential to the 1980s incarnation of the franchise. Not the kind of thing you'd expect in what appeared to be a disposable issue. 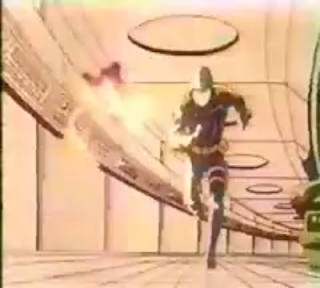 Now, working under the assumption that there's more to the commercial, it's just been lost to time, it's possible there's a firm connection to #5 that I'm missing. Most likely, the rest of the ad will be nicely animated yet generic action shots of the vehicles, and nothing anything specific Hama had to work into the comic. Hasbro didn't even seem to care that Hawk isn't flying around on that jetpack. Future commercials will not be so lenient.

Finally, while on the subject of Joe, I'd like to remind everyone that my Kindle Worlds series of G. I. Joe novels are now available for free over at Smashwords. I've just completed the latest installment, with plans for a final entry in December. You can find them all by clicking on my profile link.  As mentioned earlier, I'm writing the series as a continuation of the Sunbow animated series. 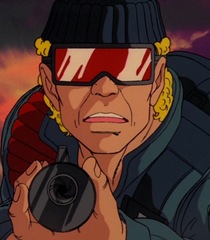 The idea is to straddle the line between the absurd world of the cartoon (without giving into camp or doing any of the obvious jokes) and the material an adult expects to find in a prose novel. Maybe I'm succeeding, maybe I'm falling on my face, but your feedback would be greatly appreciated.

Here's the summary for the latest installment, "Single-Digit Survival Rate":

Did Jinx survive her hellacious journey to Ireland? Can Flint endure a round of Dreadnok torture? Is Low-Light keeping a secret that endangers the future of the team? And who the heck tied Firefly up in the basement? Find out the answers and more in the latest continuation of the classic Sunbow continuity!