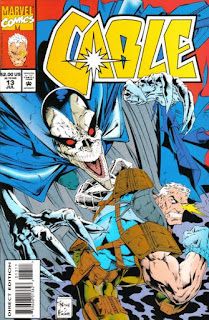 Plot
Seemingly alone in the Everglades, Cable & Lee Forester seek shelter in a small cabin. Inside, they find an old man who says he is called Gramps. Suddenly, Cable hallucinates the moment when he lost his wife & son, after which a younger man named Sonny enters the cabin. Gramps sends both Cable & Lee to separate bedrooms, where Lee is visited first by her deceased father then Cyclops followed by Magneto, while Cable is visited first by his wife Jenskot, then Redd, Jean Grey, Rachel Summers & Mother Askani. Just then, Gramps reveals himself as D'Spayre, who is feasting on their fear. But Cable declares that while he may feel fear, he isn't ruled by it, and in order to give Lee something real to hold onto, he kisses her, breaking D'Spayre's illusions. Just then, Sonny appears, telling D'Spayre he's lost and to release Cable & Lee to him, shortly before he transforms into Belasco and greets the son of the Goblin Queen, telling him they have a mutual enemy in common.

Firsts and Other Notables
The series finally finds a regular artist this issue, as Steve Skroce comes aboard as penciler. Skroce, who broke into comics via Clive Barker's Razorline imprint for Marvel, will stick around through "Age of Apocalypse", after which he'll stay on X-Man (this series' AoA counterpart which will continue to be published after the storyline ends). He'll later write and draw a four issue Wolverine story and team-up with Fabian Nicieza for the Gambit solo series in 2000, but is probably most well-known for drawing the storyboards for the Matrix, helping the Wachowski siblings get the initial film made and then storyboarding the rest of the series (as well as most of the Wachowski's subsequent films).

It will be a few more issues though before the series' next regular writer joins Skroce to give the book a full regular creative team for the first time.

Cable being raised by Redd & Slym, as shown in The Adventures of Cyclops & Phoenix limited series, is referenced in this series for the first time.

D'Spayre, the fear demon who previously tormented Lee Forester & Cyclops in Uncanny X-Men #144 and Rachel Summers in Excalibur #35 (and, of course, Nightcrawler & Daytripper in more recent Excalibur issues), is the villain of this issue, doing his usual "make people hallucinate scary things and feed off their fear" thing. 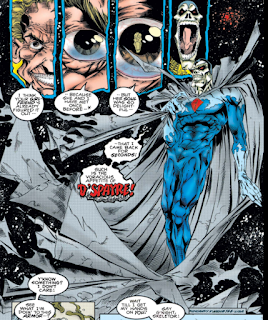 Upon D’Spayre’s defeat, Belasco, the former ruler of Limbo who raised Illyana Rasputin before being overthrown by him, reveals himself, rightly referencing Cable’s heritage by calling him the son of the Goblin Queen (ie Madelyne Pryor, whom the demons S'ym & N'astirh corrupted and nearly sacrificed the infant Cable to bring Limbo to Earth). Belasco - and the mutual enemy he references - will feature in the next issue. 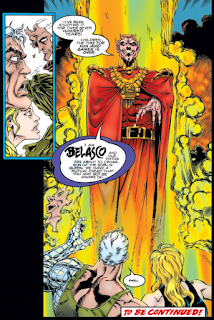 A Work in Progress
Cable is able to telekinetically lift himself out of quicksand, though the strain is immense (it does not, however, cause his techno-organics to grow out of control). 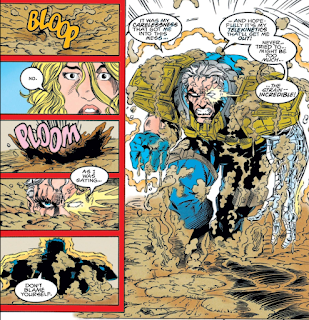 Cable is made to relive the moments when he lost his wife and son, when Stryfe kidnapped Tyler and killed the former, and then later when Cable shot Tyler to save Dawnsilk. 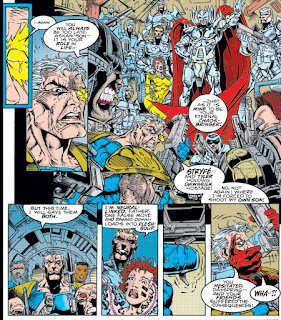 Lee meanwhile is haunted by her father’s suicide and her past relationships with Cyclops & Magneto. 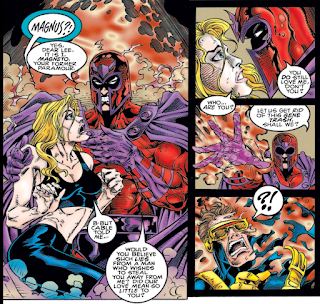 Lee says that Cable looks sweet & innocent when he sleeps, which reminds her of someone else - presumably Cyclops. 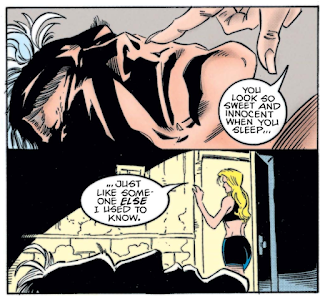 D’Spayre says that the Stryfe could reassert himself at any time, though since that never really happens, that could just be more D’Spayre hallucinations. 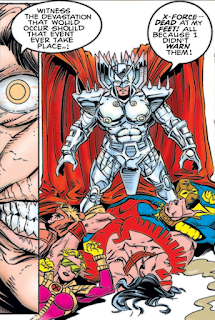 D’Spayre’s failed efforts to take control of the Winding Way, as shown in Excalibur ##76-77, are referenced.

Young Love
Lee & Cable defeat D’Spayre by kissing, which means Lee has now made out with Cyclops and his son. 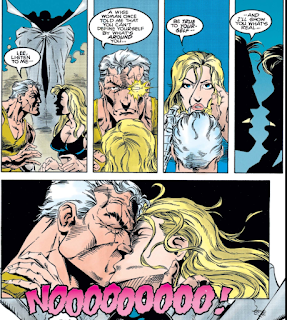 Austin's Analysis
This issue takes what worked best from the previous issue - the unspoken & slightly-incestuous history between Cable & Lee Forester - and doubles down on it, introducing a pair of villains from each characters' pasts to further highlight that history. Here, we get D'Spayre once again taunting Lee in the Everglades alongside a Summers man, and for those of us with memories of Uncanny X-Men #144, it's fun just to see the scenario play out again with Cable taking the place of his father. It certainly adds a little something to D'Spayre's now standard schtick that is missing from, say, his recent Excalibur appearance.

Next Issue
Next week, Colossus plays lawyer in Uncanny X-Men #315, X-Factor and the Nasty Boys battle Malice in X-Factor #105, and Wolverine fights the Hunters in Darkness in Wolverine #84.