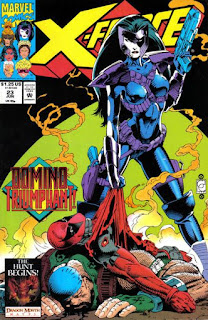 Plot
X-Force retrieves Crule from the hospital, offering to take down the X-Ternals if he helps them locate the group. Meanwhile, Cannonball confers with Xavier, hoping to find a way to rescue his friends while keeping his word to Gideon. In Canada, Domino & Grizzly escape Weapon: Prime with Hammer's help, while in Oregon, Gideon assures Saul that X-Force will come for their friends, likely sneaking in to attempt a rescue. But when X-Force, sans Cannonball, arrives near Saul's home, they decide to take the opposite approach, and blast their way in, taking Gideon & Saul by surprise. In Boston, Vanessa is confronted by Deadpool & Sluggo. However, they're shot from behind by Domino & Grizzly, and Vanessa tells Domino she knows where X-Force is. Back at Saul's home, X-Force has retrieved their captured friends, and Gideon expresses his dismay that Cannonball broke his word. Sunspot gives Gideon a letter written by Cannonball, explaining that while he promised to stay away, the rest of X-Force didn't. Saul says that without Cannonball, the X-Ternals may all die, to which Shatterstar declares, as X-Force departs, that if the X-Ternals don't leave X-Force alone, that will happen anyway.

Firsts and Other Notables
The question of how Cannonball can rescue his captured teammates from the X-Ternals without breaking his earlier promise (from issue #14) to stay out of X-Ternal affairs in exchange for learning Sunspot's location from Gideon is resolved simply by having Cannonball stay back when X-Force attacks the X-Ternals, sending along a letter to Gideon noting that while *he* promised to stay away, he never made any such promise regarding anyone else. 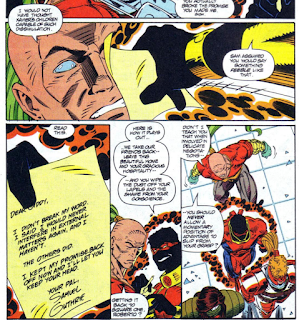 Domino & Grizzly battle the new Weapon: Prime. Grizzly introduces Double Trouble, but doesn't know Killjoy, who proceeds to attack Domino from behind, an act that apparently was enough to warrant his own action figure, because the 90s. 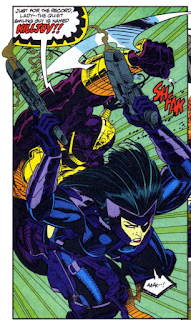 After escaping Weapon: Prime, Domino, Grizzly & Hammer track down Vanessa (it's not terribly clear what led Domino and company from Department K to Vanessa), arriving in time to save her from Deadpool, and she tells them she can help them find X-Force, bringing Domino one step closer to her goal. 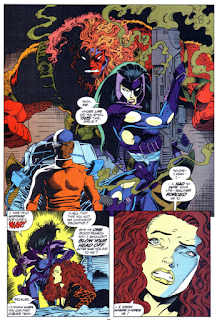 Crule, last seen blown out X-Force's commandeered SHIELD IPAC vehicle by Rictor in issue #14, returns, now wearing a full bodycast and more than willing to sell out his fellow X-Ternals. 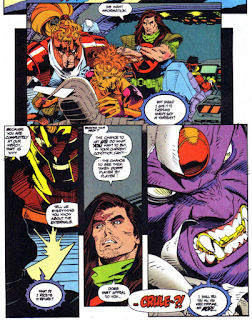 A Work in Progress
Looking for a way to help his friends while keep his word to Gideon, Sam seeks advice from Xavier (who is less than helpful). It's also established that while Xavier is aware of the X-Ternals as a group of mutants who are immortal on top of having mutant abilities, he has always chalked them up as rumors and/or myths. 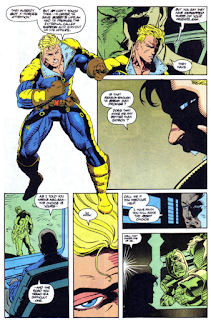 Apparently, the futuristic tank X-Force got from Cable's stash is called the Gainer. 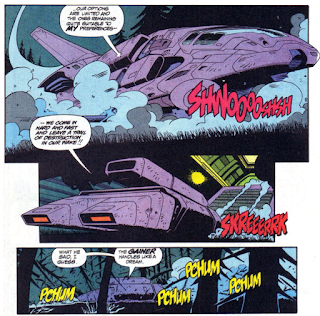 Not that it ever really comes up again, but apparently Sluggo had a thing for Vanessa's roommate Tina (whom he accidentally killed last issue), suggesting Tina was more involved in Vanessa's espionage/superpowered life than previous issues led on.

For Sale
This issue, and most X-books around this time, featured lengthy, multi-page ads for Dungeon & Dragons products, in support of "Dragon Month" (which I assume is tied to the release of a new addition of the game). 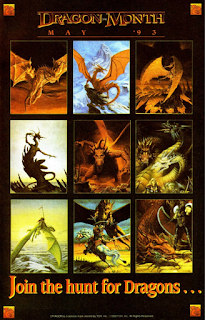 Austin's Analysis
More or less since the start of his solo run on this series, Nicieza has been building up and positioning Cannonball as a confidant, assured leader (aka X-Force's Cyclops), heir apparent not only to Cable, but Magneto and Xavier as well (and, if we're being charitable, Liefeld contributed to some of this this, at least in terms of singling out Sam as Cable's reason for being in the present). Even though he's barely in this issue (appearing in one scene, then via handwritten note), this has always felt like the culmination of that arc, as Cannonball finds a way to both rescue his teammates and get the X-Ternals off his back, all the while keeping his word to Gideon to stay out of X-Ternal affairs (I'm also a sucker for the "honoring the letter if not the spirit of an agreement" twist laid out in Sam's note to Gideon).

His brief on-page discussion of Xavier is a great bit of characterization, showing Sam is not above asking for advice, and also helps reinforce the somewhat more cordial relationship between X-Force and the establishment X-teams post-"X-Cutioner's Song". The speed and thoroughness in which even a small contingent of X-Force (with Sam sitting out and Warpath, Boomer & Siryn being rescued) believably overpowers the X-Ternals (even if the X-Ternals are generally a bunch of jobbers) also feels like a culmination of sorts, as Nicieza continues to show X-Force to be an effective fighting force. Even as this issue continues the series' recent run of "multiple plotlines weaving in and out of the realm of subplot" and really only closes off the X-Ternal plotline, it still reads, on the verge of Cable's return, like something of a narrative conclusion to this post-Cable, graduate-level era of the series.

Next Issue
Tomorrow, Phoenix goes back to the future in Excalibur #66. Next week, X-Men Unlimited #1 and X-Factor Annual #8.