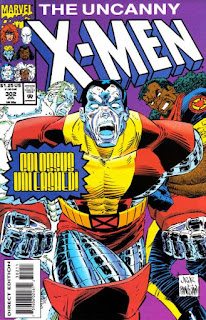 In a Nutshell
The X-Men battle Fitzroy in Dallas.

Plot
As Storm struggles to contain the debris from the Aerie explosion, Bishop searches the rubble for any sign of Forge, Mystique or Fitzroy. Meanwhile, Xavier worries about Illyana's worsening health. In Dallas, Storm is attacked by a mob, but a local police officer comes to her defense. In the remains of the Aerie, Forge emerges from a protective shield along with an unconscious Mystique, while on the ground, the mob reasons they can probably overpower both Storm and the cop, just as Iceman arrives and helps contain the situation. Above. Fitzroy attacks Bishop & Forge, but his armor is destroyed by Jean, while Colossus leaps into the fray, pummeling him in rage to the point that Colossus has to be pulled off the unconscious villain by his teammates. Back at the mansion, a studying Jubilee is interrupted by the sudden arrival of Kitty Pryde, who came as soon as she heard about Illyana.

Firsts and Other Notables
Illyana's condition continues to deteriorate, with Xavier at a loss as to how to stop the further degradation of her genetic code. He also dances around calling the cause of her illness the Legacy Virus (though that's what it is). 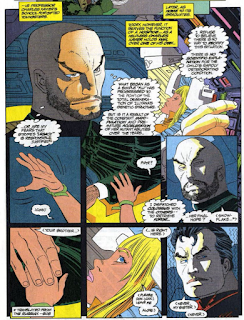 Having heard of her illness off-panel, Kitty Pryde shows up at the end of the issue, the first time she's appeared in this series since issue #227 (when she watched the X-Men die in Dallas). This kicks off a string of guest appearances for her across a half dozen issues or so of this and Adjectiveless for the course of "Fatal Attractions". 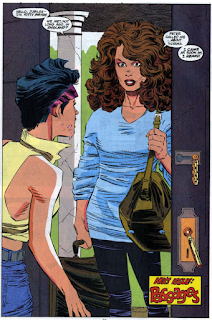 Fitzroy is defeated and, presumably, captured this issue; he will next appear in the "Child's Play" crossover between X-Force and New Warriors, which wraps up the Upstarts plotline.

Bishop mentions that, as Genesis, Forge founds the XSE in the future. He also mentions the Summers Rebellion for the first time, an event from his timeline which will occasionally get name-checked through years before being depicted by Peter David in his return to X-Factor, a story which will also develop an actual character for Fitzroy beyond "sneering psychopath",

The Chronology Corner
Kitty appears here, and in her subsequent non-Excalibur appearances around this time, between issues #70 and #71 of that series.

A Work in Progress
Bishop peppers his dialogue with future slang inspired by X-Men sound effects in this issue, first using "snikt" as a synonym for "burn out", then "bamf" in place of moving from one place to another. 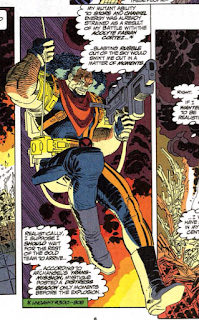 He also says "by the single eye!" in the same way we might say "by Lucifer's beard!".

Iceman continues to stretch his powers, appearing here in a massive, spiky form that I've always considered the specific inspiration for his second action figure. 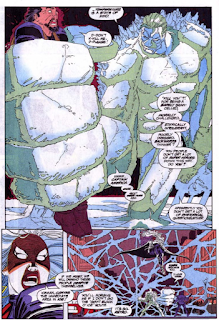 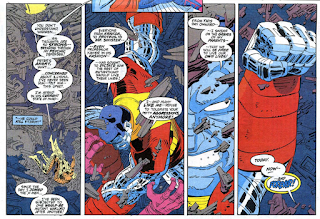 This leads to a well-written discussion of morality, in which Bishop says that in executing the criminals Fitzroy brought back in time earlier in the series, he was acting in accordance with the laws and morals of his own time, but said actions aren't as appropriate in the present time. 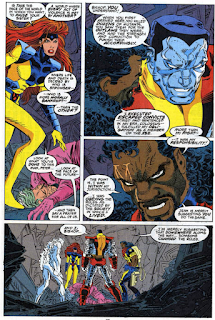 Jubilee says that she's the worst student to come through Xavier's other than Warlock. 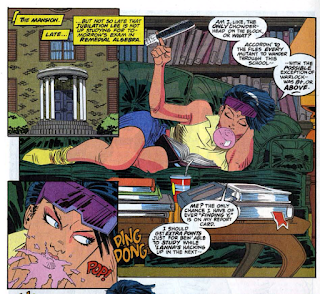 Kitty mentions that she met Jubilee in England, an un-footnoted reference to Excalibur #57-58.

Claremontisms
Jubilee, complaining about Illyana's constant coughing, refers to her by the very Claremontian "'Lanna".

Human/Mutant Relations
Storm, in the midst of trying to prevent debris from Fitzroy's explosion from raining down on civilians, is accosted by an anti-mutant civilian. 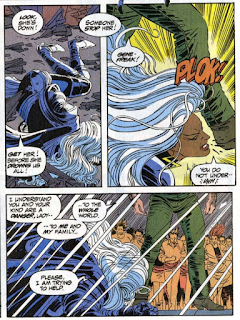 Later, a local police office comes to her defense. in a Claremontian moment of injecting a one-off minor character with a fair amount of gravitas, shades of Sabrina Morrell. 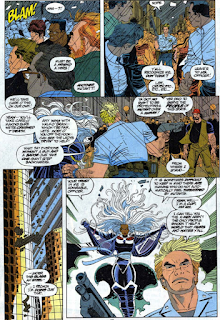 For Sale
There's ad for the fourth series of Marvel Universe cards in this issue. 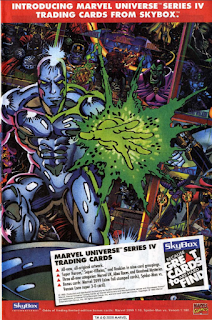 Austin's Analysis
Aside from when I first read it off the stands, this issue has always felt overshadowed by the issue which follows it. In part, that's probably because, knowing what's coming, there's a sense of foreboding permeating this issue, from Xavier's disheveled inability to treat Illyana (his stubble the international sign for "haggard and running out of options") to Jubilee's casual irritation towards Illyana's constant coughing (and concern for waking her up), suggesting just how sick she's gotten, to Kitty's arrival to be with her best friend. In part, it's also because the bulk of this issue is a fairly basic action story in which the X-Men rather quickly dispatch Fitzroy, still, to use the modern parlance, a "nothingburger" of a character Fitzroy. As a result, it's Colossus' increasingly unhinged attack on Fitzroy that really stands out, as he releases his growing rage and frustration on the villain. And thus, even there, hindsight once again reminds, that for Colossus, the worst is still yet to come.

Next Issue
Tomorrow, "Fatal Attractions" in X-Factor #92. Friday, Wolverine vs Sauron in Wolverine #71. Next week, X-Men #22.