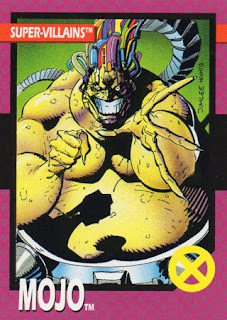 Summer is coming to a close, and there's time left for just one more vacation. Unfortunately, the X-Men decided to take it in Mojoworld this year, apparently because Mojo dropped a ton of money into someone at Marvel's lap to be 1992's go-to X-villain.

After covering the '92 annuals, we then look at a couple personally momentous issues as the series draw ever closer to the Image Exodus, while Alan Davis' big Necrom/Phoenix storyline reaches its climax in Excalibur.