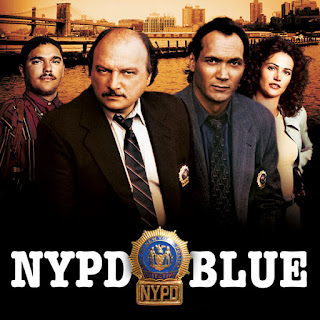 I’m sure if the producers knew NYPD Blue would last for twelve seasons, the major death at the end of the previous year would’ve been reserved for later in the show’s run.  Season Four sees the series inching closer towards a rigid formula, although a few standout episodes (usually the ones co-written by David Mills) successfully defy our expectations of what a Blue episode can be.


The cast this year consists of…

Jimmy Smits as Bobby Simone
Smits played utility for a surprising amount of Season Three, and according to rumors at the time, he was anxious for more Simone-centric stories this year.  Season Four does turn out to have more of a Simone focus than the previous year, which was practically an extended Emmy reel for Dennis Franz for much of the season, although it’s hard to argue that we really learn that much more about his character this year.  In Season Four, Bobby Simone unsuccessfully proposes marriage to Diane Russell, inherits an apartment building from his deceased wife’s aunt, and gets caught in-between the NYPD and the FBI after reluctantly agreeing to an undercover assignment. 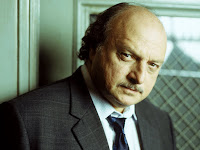 Dennis Franz as Andy Sipowicz
Sipowicz’s character arc this year involves him accepting that he actually has a family to live for now, which stands in contrast to Sipowicz’s life as presented in earlier episodes.  Sipowicz acknowledges that he is afraid to die, and over the course of the year, continues to mourn the loss of his adult son.  Just as Bobby Simone was dragged into Sipowicz’s drama last year, this season sees Sipowicz acting as a frustrated supporting player during Simone’s sketchy undercover assignment.

James McDaniel as Arthur Fancy
As usual, Arthur Fancy has no great advancements in his personal life, but he does receive a surprising number of stories this year.  This just might be the best Fancy season of the show’s entire run.  Fancy’s foster son from the first season returns, now a teenage drug dealer, early in the season.  Later on, Fancy deals with tension within his squad when Simone receives a promotion but Sipowicz does not, struggles with his decision to penalize a uniform cop he views as racist, and…decides not to help his wife sell Amway (unnamed household products) to his coworkers.  They can’t all be Emmy submissions.

Nicholas Turturro as James Martinez
Martinez, shockingly, actually has decent material to play with this year.  The early episodes of the season have Martinez running against veteran cop Vince Gotelli for the position of Union Delegate (although it’s strictly referred to as “delegate,” as if the audience will automatically infer what the characters are talking about), which isn’t the greatest storyline, but it gives him something new to do.  As the episodes progress, we see Martinez pursue the squad’s new administrative assistant, and mercifully for all involved, he doesn’t come across as a relentless creep this time.  His romantic subplot with Gina is actually one of my favorite romances of the series’ run.

Sharon Lawrence as Sylvia Costas
This is the first season that had Sharon Lawrence pursuing other work, so she isn’t around for much of the year.  Lawrence was public with her complaints that her character rarely had anything to do anymore, and that the writers lost interest in her after Sylvia gave birth to little Theo.  Sylvia usually appears this year at the closing of episodes, hinting that she wants to leave her job to spend time with the baby.

Gordon Clapp as Greg Medavoy
Medavoy opens the season innocuously enough, challenging Sipowicz to a weight-loss competition.  It’s a little silly, but it does help to ground the show in reality, and I suppose the producers had to eventually acknowledge that many of the male leads were gaining a noticeable amount of weight.  The weight-loss competition, sadly, leads to something that isn’t innocuous at all, however.  This is the year Medavoy befriends a lesbian couple and agrees to father their child…and every ounce of cheap humor you might expect to find in the situation is painfully squeezed out over the course of several months.  It’s not quite as bad as the “What the **** was that?” Martinez/Lesniak romance of the previous year, but it’s close. 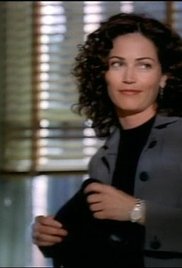 Kim Delaney as Diane Russell
We learn more about Diane’s past this season, as David Milch draws upon some horrifying aspects of his own family and assigns them to the character.  Kim Delaney effectively becomes the third lead of the show this year, even though her credit in the opening wouldn’t lead you to believe it.  Delaney’s performance can be a bit controversial amongst fans, with some arguing she’s just too “dramatic,” and while I acknowledge that some of this stuff is extremely awkward (I’m thinking about her speech about wanting to show off her “figure” during high school), I think she does a credible job with the material.  I also wasn’t as bothered by the revelation about her past (we learn why her father had a “special” bond with her and it’s disgusting), as I was by the method the writers used to get there.  See the entry on Jimmy Liery below.

And the guest stars… 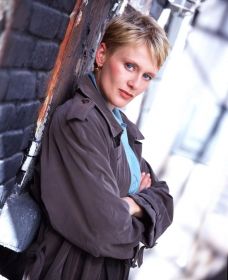 Andrea Thompson as Jill Kirkendall
Jill Kirkendall will officially join the cast next year, but for this season, she’s the new detective who only appears sporadically when there’s a story for her.  Considering the complaints the show received in the past for its portrayal of female characters, it’s not hard to see Kirkendall as a detective specifically created as an apology for, say, the horror-show Adrianne Lesniak’s character turned out to be.  I don’t think the producers ingratiated Jill Kirkendall with the fans too well early on, however, by setting her up as a potential love interest for Bobby Simone.  Not only is she acting as a spoiler for one of the series’ major romantic couples, but this also feeds into the criticism that the female characters are only there as props for the male leads.  Thankfully, after Kirkendall becomes an official cast member, she’s allowed to stand on her own as a character.

Michael B. Silver as Assistant District Attorney Leo Cohen
As Sylvia Costas continues to disappear from the show, Leo Cohen steps up to replace her as the standard ADA who interacts with the detectives.  Cohen is still consistently portrayed as an unlikable narcissist, but we begin to see hints that he’s fundamentally a decent person.  One of the character’s finest moments occurs this season, when he bluntly gives the detectives a lesson on a thing called the “Constitution” and why they shouldn’t treat it so casually. Lourdes Benedicto as Gina Colon
Gina Colon is the new administrative aide for the squad, although her character is never elevated to the position of previous PAAs.  I’m not sure why…it would seem that the producers had learned that giving this part a starring role in the credits was unwise, which would explain why Lourdes Benedicto was always a guest star.  Yet when she’s replaced, Bill Brochtrup eventually returns as a featured player.  Ironically, Gina ended up with one of the few memorable PAA storylines, when she’s attacked by a slasher on her way to work one morning.  The story of Gina accepting her noticeable scar, and the way Martinez reaches out to her, brings a lot of humanity to the season.

Debra Christofferson  as Geri Turner
Geri Turner, who’s briefly the squad’s PAA, is initially presented as a joke character -- a “big girl” the detectives feel okay mocking behind her back, with the added quirk that she’s into…well, rubber.  There’s no way this storyline could make it to television today without a half-dozen advocacy groups making life miserable for the producers and network.  (Actress Debra Christofferson  also seems to fit Hollywood’s definition of “big,” but probably not the rest of the country’s.)  Geri’s redeemed a bit during her final appearance, but the character does little to justify the original shaky premise of “Hey!  What if a big gal sexually harassed Sipowicz for a few episodes?” 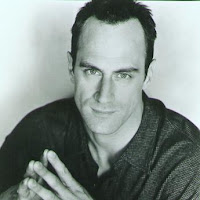 Christopher Meloni as Jimmy Liery
Milch and the producers must’ve loved Christopher Meloni so much in this role they cast him to essentially play the same character a year later on Blue’s spinoff Brooklyn South.  Meloni goes on to star for several years on Law & Order, but in the mid-‘90s, he’s still playing menacing thug roles, occasionally with a bad dye job.  The Jimmy Liery plot has Diane Russell being called into undercover work again to investigate her former “boyfriend” who’s now running guns.  This storyline drags on for weeks, and culminates with Liery drugging Det. Russell and possibly raping her.  Simone and Sipowicz respond by spreading a rumor in the underworld that Liery is a snitch, which leads to him getting killed.  Off-camera.  It’s a misguided, unfulfilling storyline that I’ve always considered one of the show’s worst.  I also have a difficult time believing the dense brute Meloni portrays is some sort of criminal mastermind that could be the subject of such an elaborate sting operation.

Jim Beaver as Jesus Christ
Yeah, they went there.  Beaver goes on to become a favorite of Milch; he’s probably best known for playing Whitney Ellsworth on Deadwood.

Next time…more Milch Speak, a few Highs and Lows, and more on that insufferable Medavoy/Sperm Bank storyline.