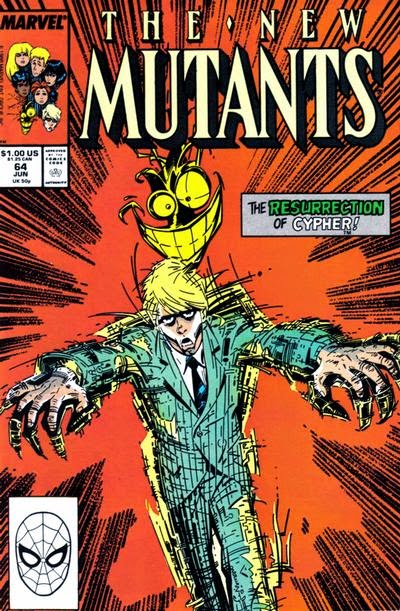 In a Nutshell
The New Mutants bury Doug Ramsey.

Plot
In the Danger Room, Rahne replays the events surrounding Doug's death, only this time, she manages to prevent his death. Just then, Roberto interrupts, urging Rahne to get some sleep before Doug's visitation. Upstairs, Illyana watches the footage of the X-Men dying on a loop, while Dani and Warlock watch Night of the Living Dead. The next day, the students, as well as Magneto, attend Doug's visitation, though the site of his body upsets Rahne, and the notion that Doug will be buried away from light and sun forever causes Warlock to freak out. That evening, Warlock sneaks into the funeral room and attempts to wake up Doug. Remembering the time Doug helped revive Warlock by giving him some of his life energy, Warlock tries to the do the same. When Doug doesn't revive, Warlock concludes Doug has forgotten what it feels like to be alive, and determines to show him how much everyone misses him in order to get Doug to take Warlock's life energy. 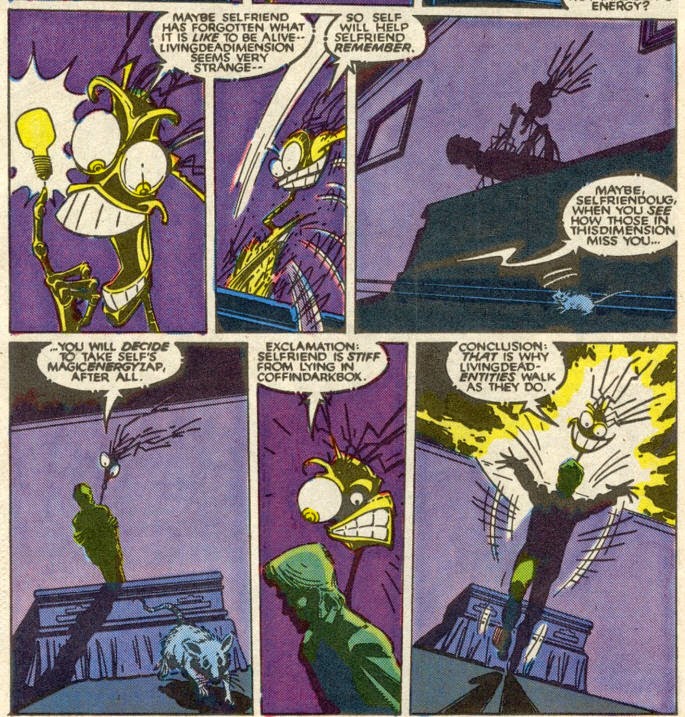 Gathering up Doug's body, he flies to Doug's parents, frightening Doug's mother when she sees Doug standing outside her window. Warlock then returns to the school, and Rahne awakens to the sight of Doug. At first relieved that he's alive, she quickly realizes the truth and is horrified. But once Warlock explains what he was trying to do, Rahne realizes it's no different than what she was doing in the Danger Room, refusing to accept Doug's death. Rahne explains to Warlock that Doug's body is just a shell now, that the Doug they loved is safe in heaven. Together, the New Mutants return Doug's body to the funeral parlor, and the next morning, they lay him to rest. That evening, Illyana gathers the New Mutants and shows them the footage of the X-Men dying. Pointing out that it was Forge's sorcery that was responsible for killing her brother, she declares that she's going to make him pay.

Firsts and Other Notables
Doug Ramsey is laid to rest this issue, after a visitation and funeral.

Only two months after the last one, the Statement of Ownership appears again, listing the average number of copies of each issue sold during the preceding 12 months to 347,712,with the single issue nearest to filing date selling 392,116, though I have no idea to what year those numbers apply, given this is the second statement in nearly as many months...

A Work in Progress
It's established that Magneto has created a cover story for Doug's death, telling his parents that he was accidently shot by a hunter while on a school camping trip, since his parents were aware neither of Doug being a mutant nor the true nature of Xavier's school. 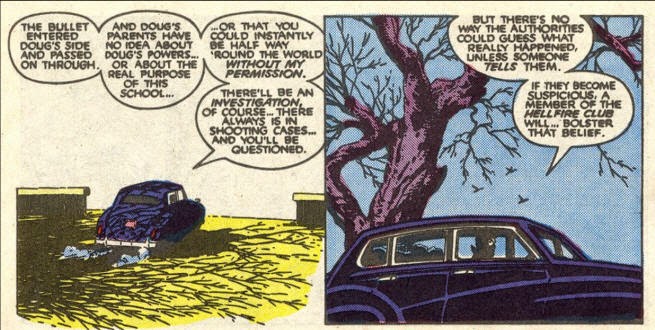 Rahne struggles with her faith in the wake of Doug's death. 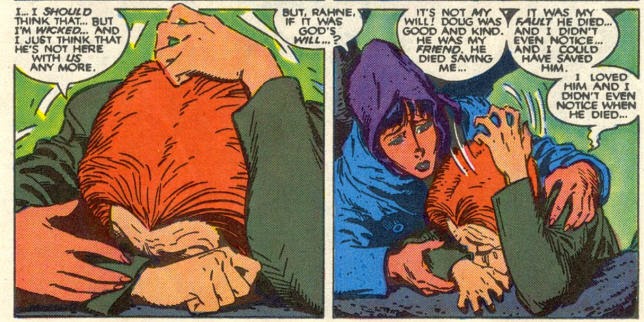 For once, Roberto is not a selfish jerk and actually gives Rahne some good advice. 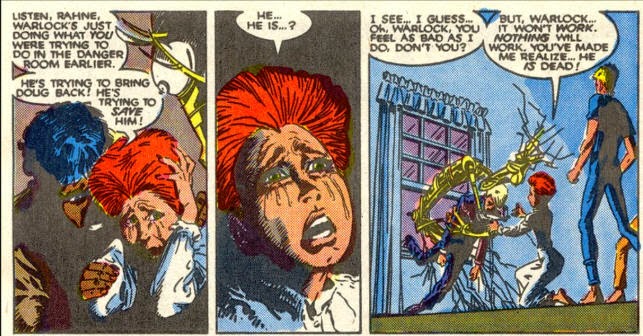 This issue depicts Doug's parents as being from out of town (they're staying at a hotel), even though it's been well established previously that Doug was a local kid, with his dad even appearing as the school's lawyer once.

I Love the 80s
Illyana has "taped" all the various news coverage of the X-Men's death. 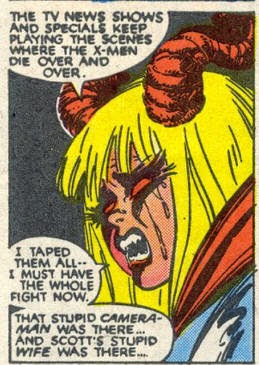 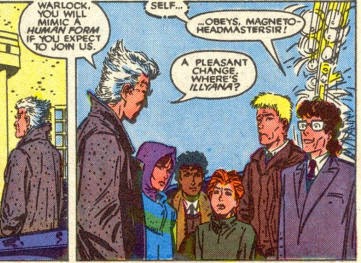 Human/Mutant Relations
Magneto says he had to create the cover story regarding Doug's death because he doesn't feel it's safe for mutants to come out in the current political and social climate. 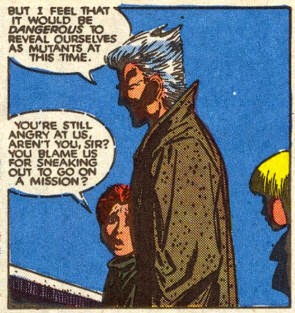 It's in the Mail
The letter column teases a Starjammers feature in Marvel Comics Presents, though I don't believe that ever came to fruition.

Teebore's Take
This is probably my favorite single issue of Louise Simonson's New Mutants run. As much as the decision to kill Doug irks, there's no denying that Simonson gives the event its proper due, having the team react immediately after he dies in issue #61, and then continuing to deal with it in this issue, as Doug is finally laid to rest while Rahne and Warlock comes to terms with his passing. How many people, mourning the sudden death of loved one, replay the events in their head, wondering what could have been done differently? Here, in a great use of the book's sci-fi trappings, Rahne is able to do that a bit more literally, as she replays the events surrounding Doug's death again and again, only to save him each and every time. It's a reaction that feels genuine and honest despite the outlandish circumstances, and the admission that she's already found seventeen different ways she could have saved Doug is heartbreaking.

Later, as Warlock, not fully grasping the concept of organic death, attempts to revive Doug, the story becomes more macabre and darkly comic (this issue has been called "Warlock does Weekend at Bernies for a reason), and while there's no denying there's a disconnect between the seriousness of Doug's death and the image of Warlock, a goofy grin plastered on his face as he hold up Doug's body in front of Doug's mother, that disconnect is wholly intentional (the more overtly whacky "get Doug back in his coffin before the funeral director finds him missing!" scene does take the disconnect a bit too far, though): Warlock is reacting to Doug's death like a child would, not understanding why Doug doesn't just take some of Warlock's life energy and wake up, not realizing that what remains of Doug is just a shell, that what made his friend his friend is long gone. Again, it's a genuine, honest reaction to the death of a loved one, even if it's coming from a techno-organic alien being, and the end result is an effective look at grief, one which makes the most of an unfortunate turn of the plot.