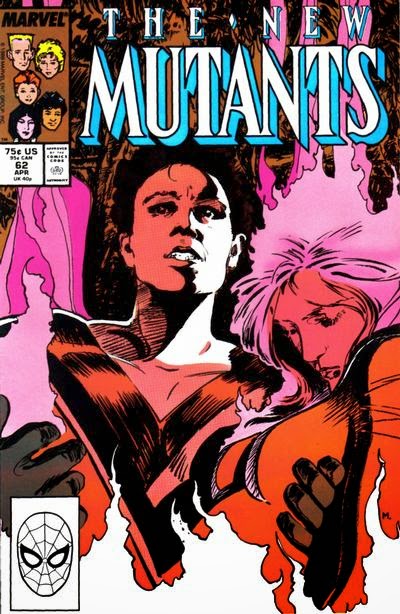 In a Nutshell
Magma and Empath journey to Nova Roma.

Plot
At the X-Mansion, the New Mutants gather to read a letter from Amara, hoping it will help take their mind off Doug's recent death. The letter reveals that Amara has returned to Nova Roma with Empath, and explains how she got there. Following a training session amongst the Hellions, in which Empath seems to express genuine feelings for Amara, she receives a letter from her father, ordering her back to Nova Roma to be married. Though Amara is reluctant to go, the White Queen insists, and pulls Empath aside, telling him she knows how he's been subtly influencing Amara. She tells him to accompany her to Nova Roma and ensure that her father becomes predisposed to supporting the Hellfire Club's interests there. En route to Nova Roma from Rio, the private jet carrying the two mutants crashes into the jungle during a storm, and they are the only survivors. Amara's previous time spent living amongst the natives helps keep them alive, but she refuses to use her powers to create a signal, for fear of burning down the forest, much to Empath's consternation. Over the course of several days, the two grow closer, before they're found by a Nova Roman search party led by Amara's father.

Firsts and Other Notables
This issue catches readers up with Amara after her departure for the Massachusetts Academy in issue #57. In the course of the story, Amara, joined by Empath, end up crashing in the Amazon, and they are eventually found by her father, to be taken to Nova Roma, which is where we'll next see them. As a result, this is the final series appearance of all the Hellions except for Empath (who we'll see again in Nova Roma with Amara) and Thunderbird, who will briefly join the New Mutants towards the end of the series just before they become X-Force.

This issue is said to take place a day before Doug's funeral. 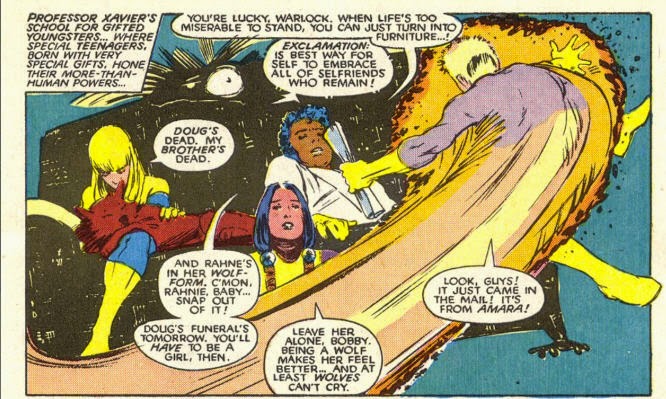 The art comes from Jon J. Muth, a painter and children's book illustrator who will also contribute to the Havok & Wolverine: Meltdown limited series.

The Statement of Ownership appearing in this issue lists the average number of copies per issue sold during the preceding twelve months as 368,964, with the single issue nearest to filing date selling 351,573.

A Work in Progress
Empath is unwilling to use the full extent of his power to humiliate Amara.

The Hellfire Club's interests in Nova Roma are again referenced, with the idea of sending Amara back there apparently playing into those interests, though we never learn much more about them. 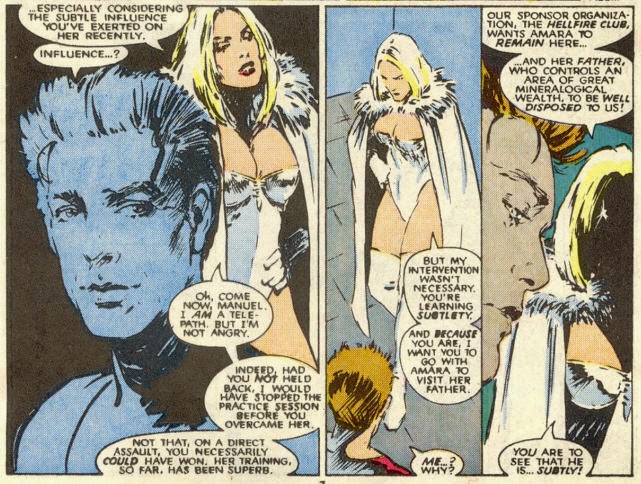 It's established that in addition to making other people feel emotions, Empath can feel the emotions of people around him, like a more rape-y Counselor Troi. 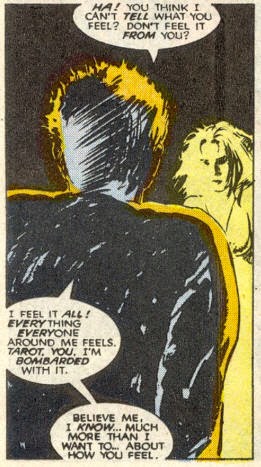 He later ties to pin his evil behavior on getting scared by all the emotions he senses around him, so he uses his dickishness as a way to block out all those other emotions. 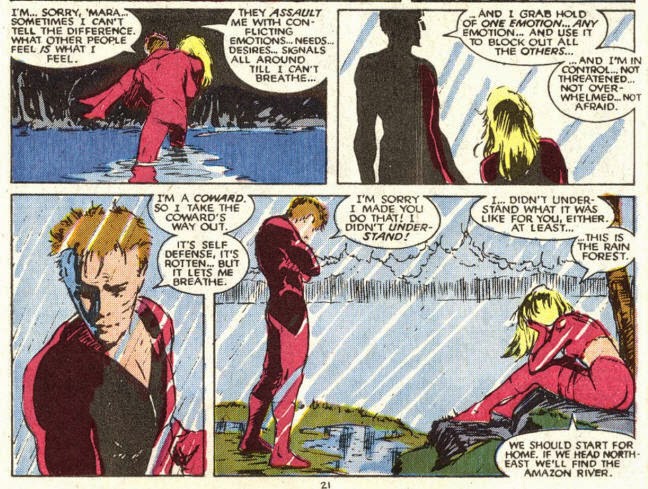 Young Love
After yelling at each other and slapping one another around, Amara and Empath kiss. As you do, apparently. 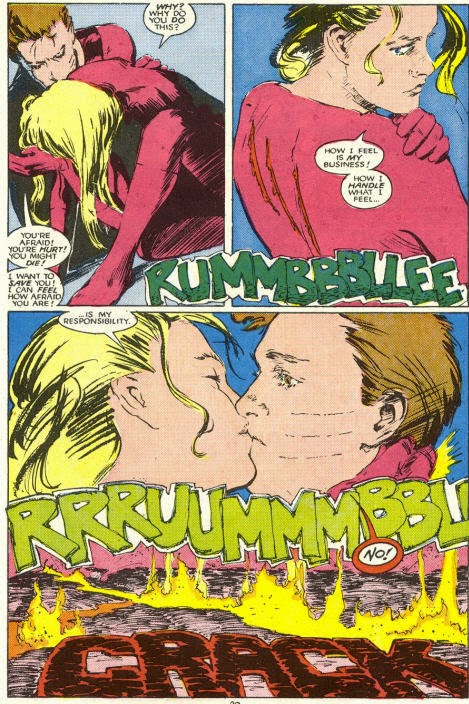 Human/Mutant Relations
The Hellions mockingly refer to Amara as "Mutie" or "New Mutie", which seems odd considering several of them are mutants themselves.

It's in the Mail
The letters page in this issue is running letters regarding issue #46, two full crossovers ago.

Teebore's Take
Though it falls immediately after "Fall of the Mutants" and uses the same "story told in flashback via someone reading a letter" device, this issue is at least a little more essential than X-Men #228 (even if it isn't all that much more exciting), reading more like a regular issue with a guest artist than a true fill-in, checking in as it does with Magma at the Massachusetts Academy and setting about the dubious (and largely unsuccessful, but yay for effort) task of somewhat redeeming Empath (who, let's not forget, once tried to make two people sex each other to death, mainly for shits and giggles).

The art here is also nice, akin to the pre-Blevins work of Jackson Guice & Kyle Baker on the title - at the very least, it's good to see the main characters in the opening pages look like normal people again, however briefly. Unfortunately, an appearance in the upcoming annual and a later inventory story fill-in aside, this is the last we'll see of Amara in this title, her story, the story of the Hellfire Club's interest in Nova Roma and her relationship with Empath going mostly unresolved, which, in hindsight, makes this issue feel more inconsequential. But for now, it's just about the right time and place in the narrative to check in on her, and for the most part, it does that well enough.

Next Issue
Tomorrow, it'll be snowing in Minnesota so why not celebrate Christmas in X-Factor #27? Next week, the X-Men throw another shrimp on the barbie in Uncanny X-Men #229, and we get another fill-in with New Mutants #63.
Newer Post Older Post Home
Posted by Austin Gorton at 12:00 PM