Lost: Was Penny born on the island? 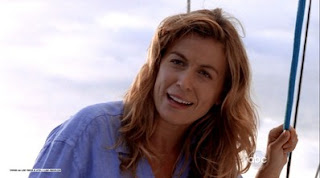 Widmore's assertion to Locke in last week's episode of Lost that he spent thirty years peacefully protecting the island prompts an interesting question (assuming he's not lying, at least about the 30 years part): does that mean his daughter was born on the island? Here's how it breaks down.

Let's say that in late 2007, when Penny goes with Desmond to LA (at the end of Jughead), she's 30. Maybe a little younger, maybe a little older. That would mean she was born in 1977, give or take a year or two:

If Widmore was on the island for a total of 30 years, and meeting Locke in 1954 was in year X of that 30 year time, then things get a little dicey.

If he was born on the island and left 30 years later, that puts his exile date at 1967 (which would theoretically have him predating the Dharma Initiative and seems unlikely). More likely, he came to the island at some point between birth and seventeen, meaning he left sometime between 1967 and 1984.

But if Ben did play a role in exiling Widmore, as Widmore asserts, then Widmore had to have 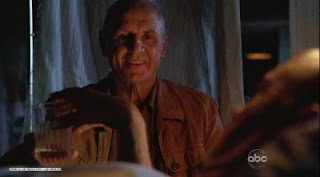 been on the island at least into the 70s, most likely the 80s (as Ben's arrival on the island was during Dharma's 1970s heyday). If we assume that Ben's role in the Purge in 1992 was the final step in his ascension to leadership of the Others, and further trust Widmore's claim that he led the Others at some point before Ben, than it's reasonable to assume that Ben might have created a job opening by getting rid of Widmore before the Purge.

Which makes it likely that Widmore was on the island at some point in the 80s, meaning Penny would have to be an island native.

Of course, it's also possible that Penny's mother was an Other and she left the island before Widmore did, and it wasn't until he'd been exiled that Widmore reconnected with his daughter. The other option is that Penny is not Widmore's biological daughter. After all, Ben adopted Alex (albeit in an irregular way) and it would further the thematic links between the two if Widmore's relationship to Penny mirrored Ben and Alex's relationship.
Newer Post Older Post Home
Posted by Austin Gorton at 11:01 PM