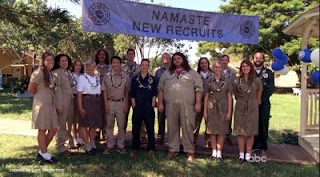 And with a hearty "namaste" the Oceanic Five are welcomed back onto the island.

This episode was one of the more traditionally structured episodes of the season (well, traditional for Lost): depending on your point of view, it was a standard main narrative/flashback (or flash forward), complete with the ol' whooshing sound between transitions.

In some approximation of the present, the events between the crash of flight 316 and Locke's resurrection are filled in a bit, as Frank and Sun perform their aforementioned flight off the little island, only to receive a creepy-as-hell visit from Christian. Meanwhile, back in the 70s Sawyer and Juliet rush to infiltrate the Oceanic 3 into the Dharma Initiative and prevent Radzinsky from executing Sayid as a Hostile. 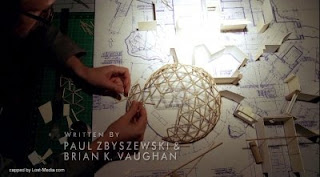 While largely responsible for getting everyone in place for the back half of the season, several interesting pieces of show mythology were developed. Radzinsky is seen designing the Swan, making it clear that station wasn't part of the DI's initial foothold on the island. Perhaps its construction and use is what leads to the breakdown of the truce between the Others and Dharma? Remembering the Swan also recalls the "incident" cited in the orientation video, which led to the need for the button to be pushed every 108 minutes. What role will the time-lost Losties play in the incident? Will they have a hand in creating the mechanism that crashed their plane in the first place?

Also, the runway built in season three is used by Frank to land flight 316, which suggests that someone within the Others knows what's going to happen or has access to someone who does.
This revelation generates some interesting speculation: is it possible that the Others actions towards the Losties in the first few seasons could be caused by the Others acting, with foreknowledge of the future, to shepherd the Losties towards their ultimate destinies? After all, the Others in 1954 managed to wipe out the US Army's incursion, yet they never made a concerted effort to wipe all the Losties off the island, even though they would have had a much easier time of it than with the army. Perhaps the Others knew that Jack, Kate, Sawyer, etc. would be traveling back to the 70s, and thus couldn't kill them.

Favorite Bits:
The reunion between Hurley and Sawyer. 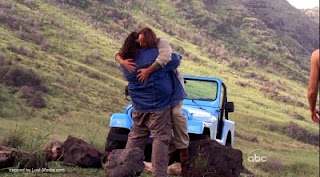 Juliet's reaction she found out Amy's baby was Ethan.

Sawyer dicking with Jack and making him a janitorial "workman" and their subsequent conversation about leadership styles. Eat it, Jack!

Tidbits of Note:
The runway was what Sawyer and Kate were working on during their captivity with the Others back in season three, as revealed by Juliet in that season's finale. Presumably someone within the Others (Jacob, Richard, Ben) knew a runway would be needed on that island in that spot some day. 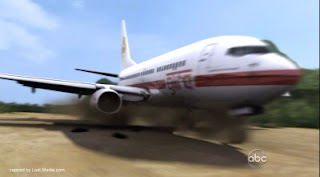 When Ilana wakes up after the crash, the first thing she says is "Jarrah." Or "Sarah." It isn't entirely clear. But I'm assuming the former, because she was escorting Sayid.

When greeting the Oceanic 3, Sawyer doesn't refer to Kate by a nickname.

Jack doesn't tell Sawyer and Jin that Ben was on the plane.

Sawyers reaction to Hurley's questions regarding the Purge suggest he's well aware of it (there's been some question as to whether or not he knows about it).

When Jin rushes into the Flame, the Muppet Show is on one of the monitors.

Poor Man's Paul Giamatti Radzinsky was first mentioned back in season two. When Desmond was recruited by Kelvin Inman, he told him about Radzinsky, Kelvin's earlier partner in the Swan. Radzinksy killed himself, but not before starting the blast door map Locke discovered. He was also credited with making the cuts and splices in the orientation film. Apparently, he was somewhat responsible for designing the station in which he ended up dying. In 1977 he was working at the Flame, the communications station that Mikhail would later run. 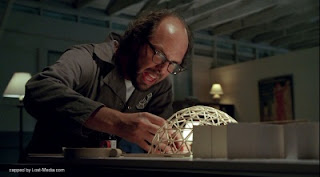 Amy's baby is Ethan, presumably Ethan Rom. Now the question is how he survives the Purge and comes to be one of the Others, and how he gets the last name "Rom" (presumably, Amy has Horace's last name, Goodspeed, unless they aren't married and her last name is Rom). In the season three premiere, Juliet spoke with an elderly Other named Amelia who spoke to Ethan in a somewhat motherly way (in hindsight, at least); there has been speculation since last episode that Amy could be that Amelia, and tha both she and her son defected for the Others at some point. 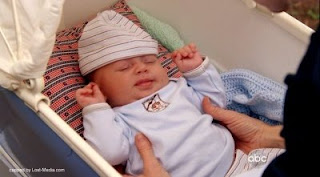 Sun was the woman with whom Frank took off in one of the boats, as mentioned in "The Life and Death of Jeremy Bentham." Ben's presence in the "hospital" in that episode is due to Sun whacking him with the oar. Presumably someone else came upon Ben and took him and the boats back to the camp.

Radzinsky reports a hostile in grid 325, which is the same bearing Ben gave Michael to leave the island at the end of season two. 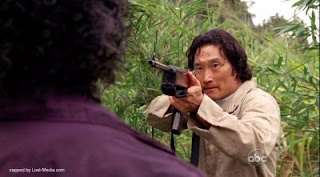 When Jin tells Sawyer about Sayid, he reports it as a "14-J" situation; this was previously heard last season when Keamy was about to attack New Otherton. Alex sent a message from the sonic fence, resulting in Ben's phone ringing and a recorded voice stating there was a "code 14-J."

Christian's appearance was hella creepy. Incidentally, Sun was the only member of the Oceanic Six who didn't attend Christian's memorial service, so she's the only one of the Six who wouldn't question his not being dead. 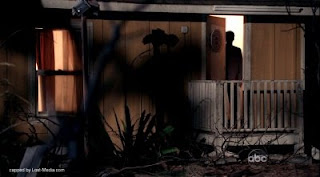 It seemed to me that Smokey was in the remains of New Otherton. Some of his trademark sounds effects were there, and when everyone was inside the processing center and we saw a shot outside through the open door, it looked like wisps of smoke were hanging in the air.

Questions:
Why is Sun back in the "present" and not in the 70s with the others? Is it because of the taint of Widmore on her? Does the island just need her in that time for some reason?

So where's Faraday? Is Sawyer not saying or does he not know? And when does his appearance in the under-construction Orchid at the beginning of the season take place? Was he hiding from Dr. Chang because he wasn't supposed to be there/was believed to be gone/dead?

In "The Life and Death Jeremy Bentham" Ilana tells Locke that the pilot left with a woman on one of the boats...how does she know that? Did someone see Sun and Frank leave, the same person who brought Ben back to the "hospital?"

Did Ajira 316 travel through time as well? They went from night to day as the Oceanic Four were beamed off. The time stamp refered to the events in the 70s as "thirty years earlier" which would make the time of the crash 2007, rather than 2008, which is when it left in "316." Of course, it's possible that "thirty years earlier" is just more elegant than "thirty-one years earlier" and they're rounding...

How does Dharma baby Ethan become a Claire-abducting Other?

Did Juliet intentionally leave Kate hanging for a bit in the processing room? Because that would be awesome. 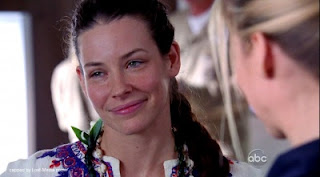 Jack's a janitor: what jobs did Kate and Hurley get?

I'm still waiting for my "wait a minute, Locke told us we needed to go back to the island to SAVE you all, but you're all doing fine" conversation.

Next Week:
Things get tough for Sawyer while Kate starts singing her usual song. Meanwhile, Sayid discovers his purpose...and methinks it has something to do with a little Sandwich-bringing, Harry Potter-esque moppet. 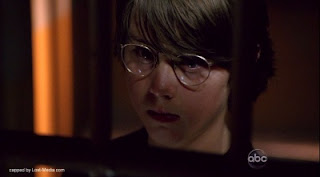