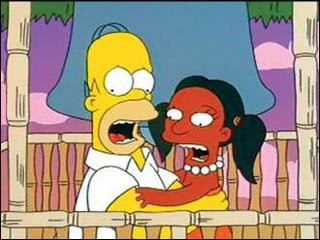 AKA: Homer becomes a missionary

The Setup: In order to get his favorite show on public television back on the air, Homer makes a $10,000 donation to PBS. When they come to collect, Homer flees the country with Reverend Lovejoy's help, who sends him off to do missionary work in the South Pacific.

Betty White: If you watch even one second of PBS and don't contribute, you're a thief. A common thief!

Marge: Homer, are you all right?
Homer: I guess so, but that first month was pretty rough.
Marge: You've only been gone two days.
Homer: Really? Without TV, it's hard to know when one day begins and the other ends.

Homer: Hmm, I can see the house is falling apart without me, so here's the new order: Bart, you're the man of the house. Lisa, I'm promoting you to boy. Maggie's now the brainy girl. The toaster can fill in for Maggie. And Marge,you're a consultant.

Marge: Guess who I just saw at the supermarket today.
Bart: Can it wait? I just got off work.
Marge: Sorry, honey, I just thought ...
Bart: Don't you do enough yapping at the beauty parlor?
Marge: That's it, Bart. You're taking this "man of the house" thing too far.
Bart: You're right, I'm sorry. Tell you what, Saturday night we'll go out for steaks, just you and me.
Marge: Hmm. A night out is a night out. 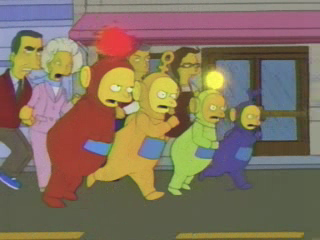 Teebore's Take: This episode manages to accomplish all three things that make for a bad episode of "The Simpsons" around this time: another "Homer gets a job" plot, with Homer working as a missionary, completely over-the-top scenarios, such as the casino built by the island natives at Homer's instruction, and the lack of a "real" ending, as Homer's imminent death by lava flow is interrupted by Betty White schilling for a Fox telethon.

Still, the episode is not without its charms: the PBS hunt at the beginning, featuring laser-shooting Teletubbies, Yo Yo Ma wielding his cello like a bow-and-arrow and Oscar the Grouch and Elmo crashing through the church window, is hilarious if completely ridiculous. And it does feature Betty White, scourge of Vets and all-around woman-you-don't-want-to-mess-with, so it has that going for it. 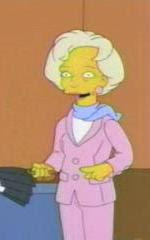 There are no Jockey-elves, but from the PBS attack to Bart working at the power plant to Homer's missionary work to the out-of-nowhere ending, it doesn't get much zanier than this. 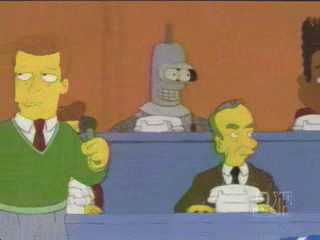