During last year's Presidents' Day festivities, I noticed that the founding Avengers have a lot in common with our Founding Fathers: both are groups composed (mainly) of men who came together to accomplish that which they couldn't individually. With that in mind, here's a look at each founding Avengers' presidential counterpart. 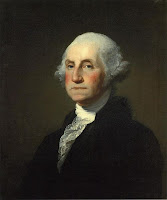 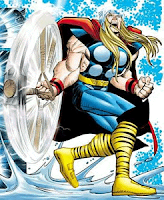 Just as George Washington is considered first amongst American leaders, Thor is considered-in terms of power and awe-first amongst the Avengers. Both are figures of mythic proportions that exceed their realities, and both are mighty warriors. And just as George Washington played a prominent role in the creation of America by successfully leading the ragtag American army to victory during the Revolutionary War, Thor was instrumental in first assembling the Avengers, as they came together as a result of an attempt to defeat Thor by Loki, his half-brother. 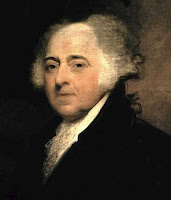 Okay, bear with me on this one. Hulk and John Adams line up mainly because they are both important but don't have obvious counterparts. But Hulk was the target of Loki's aforementioned scheme: he was trying to lure Thor into a battle with the Hulk, a battle Loki believed he would lose. And thus, Hulk is as important, in his own way, to the creation of the Avengers as Thor is, just as John Adams was pivotal to the creation of our country, though in a much different way than Washington.

Also, Hulk left the Avengers in their second issue, making him one of the shortest-tenured Avengers on record, just as John Adams was the only single term Founding Father.

While billionaire industrialist Tony Stark, with his connections to big business, may seem to have more in common with the mercantile Federalists than Jefferson's salt-of-the-earth Democrat-Republicans, both men share a variety of intellectual interests, as well as a certain fondness for the ladies. Both men are frequently considered the smartest men in whatever room they find themselves. And Thomas Jefferson created the United States Navy, which is just about the closest you could get to creating a sophisticated suit of high tech armor in the 17th century.

James and Dolly Madison--Ant-Man and the Wasp 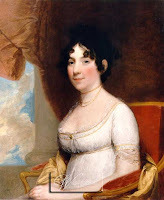 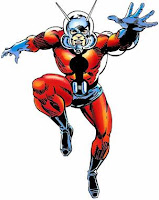 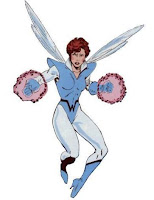 The diminutive Father of the Constitution and his wife Dolly have a lot in common with Hank and Janet Pym. Both couples played critical roles in the formation of their respective organizations: James helped write the Constitution and led the country through the War of 1812 while Dolly oversaw the evacuation of the White House as the British marched on Washington, making sure the portrait of George Washington and other historic relics survived the English pillaging. Meanwhile, it was Ant-Man and the Wasp who suggested the Avengers work together as team, even coining the team's name. While Hank's contributions to the team are overshadowed by a certain incident that occurred years later, both remain Avengers stalwarts critical to the early success of the team. 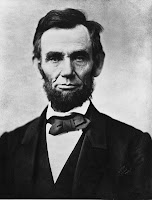 Captain America technically isn't a founding Avenger: he didn't join the team until their fourth issue. But Cap came to personify the Avengers more than any other member, to the point that many feel it's not the Avengers without Captain America on the team. As such, he was made an honorary founding member. In much the same way, for addressing the lingering issue of slavery once and for all, Lincoln is considered to have finished the work started by the Founding Fathers, and is certainly held in as high regard as them to this day. Just as Lincoln presided over America's second revolution and ensured that our country would continue as the founders had foreseen, Captain America continued to lead the Avengers to greater heights long after the other founders had moved on to other things. 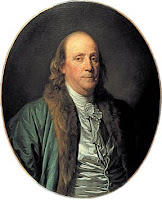 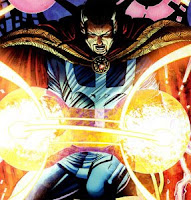 Dr. Strange was never an Avenger, but he did pop up in his fair share of 1960s Marvel comics, just as Benjamin Franklin was never President but was one of the most influential Founding Fathers and a well-regarded American statesmen abroad. And frankly, there's plenty of times that Franklin seemed like a crazy magician.
Newer Post Older Post Home
Posted by Austin Gorton at 7:03 PM