So Dr. Bitz was the only one to offer any format suggestions for this volume's posts. While I think his "innocent/guilty" idea is the best, he's right; in honor of the Quintessons, everything would have to be "innocent," and frankly, I don't think enough people would get the joke. So instead, I'll go with his second best suggestion:
Harrison Ford: these are good things about the episode, things I liked, because Harrison Ford starred in the good Fugitive movie.
Wesley Snipes: these are the bad things, the things I didn't like, because Wesley Snipes was in the bad Fugitive movie.
I'm also going to add Tommy Lee Jones, for those things that are neither good nor bad about the episode, but are rather observations, musings or questions on my part.

Harrison Ford: Peter's Power
While it was apparently clear to some people how Peter's power worked last episode, it wasn't to me, so I certainly appreciated the brief exchange between Peter and Tracy that established the extent of his new ability (granted, it would have been nice to have found a way to work that into the last episode...). Frankly, the show needs to do things like that more often.

Wesley Snipes: Precog Painting
Okay, I'm calling BS on it now. I'd still like to know how "telepathy" translates to "painting the future." But that aside, this whole "character paints the future" schtick is getting tiresome, and frankly, I think the writers are all the lazier for using it still, since they can't seem to come up with some other way to, for example, motivate Hiro to go to India. And seriously, if Parkman's going to paint the future, wouldn't it be more helpful if he painted things that were happening further in the future? Other than Hiro's trip to India, it seems like he's painting the "almost present" moreso than the future. 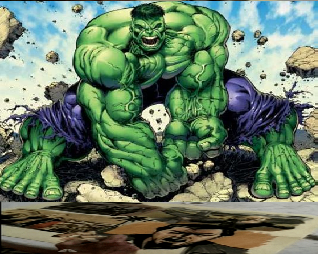 Tommy Lee Jones: Sylar's power
I realized last night that despite all the crap they've put Sylar through, I'm glad he's still around simply because he's the only character on the entire show who uses his powers casually. He doesn't use them reluctantly or as a last resort, he just uses them to help him do what he wants to do (that what he wants to do is usually categorically evil or confusing is irrelevant to this point; I'm just glad SOMEONE on this show uses their power the way a normal person would, without tons of soul searching or denial beforehand). 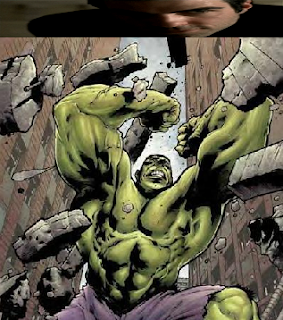 Wesley Snipes: Daphne's Death??
Again, my problem isn't so much that she's dead, but whether or not we're supposed to know if she's dead (though, for the record, I'll be very disappointed if she is dead). Parkman clearly believes she is, but all we saw was her getting shot. Where's the body? Why didn't we see Nathan's goon retrieve it? Before I can complain about them killing Daphne off, I need to know if she really is. 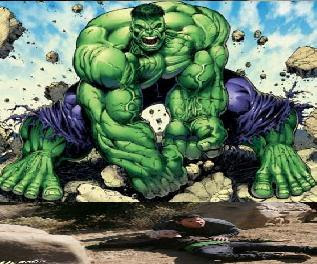 Harrison Ford: Showdown on the hill
The "fight" on the cliff that (maybe) resulted in Daphne's death was another glimmer of what I've wanted to see all along: a group of people using their powers in a concerted effort against bad guys. Granted, it was a small moment, but at this point, I'll take what I can get. Parkman turning the goons against each other was a particularly neat offensive trick, and the brief shot of the Hunter taking out the guy Parkman was controlling helped inform that character.

Wesley Snipes: Returning to the crash site
Dr. Bitz mentioned to me that by his estimation, the point the characters reached by the end of the episode could have been reached about fifteen minutes into the episode simply by cutting out a lot of the extraneous running around everyone was doing. I didn't notice it at the time, but he's definitely right. I did think that with the way Claire, Peter, Parkman etc. were able to come and go so freely, penetrating the perimeter around the crash site throughout the episode, I was wondering if the Hunter's agents used to work for CTU.

Harrison Ford: Dissension in the ranks
Nathan can't act unilaterally in this operation, and seems to be desperately seeking approval from SOMEONE that he's doing the right thing. Meanwhile, the Hunter is fed up with Nathan's perceived "kid gloves" approach to the fugitives. This kind of conflict within the villains makes things much more interesting than the "evil because the writers said so" approach of Arthur in the last volume.

Tommy Lee Jones: Angela's role
Angela remains one of the most interesting characters on the show, despite any decent exploration of her past or goals. With the reveal in this episode that while she isn't directly working to oppose Nathan she doesn't necessarily agree with him either, I'm hoping (perhaps naively) that we'll finally be given a proper exploration of what makes Angela tick and why she does the things she does. And if along the way we finally get a little backstory on Primatech and the Elder Heroes, all the better.

Tommy Lee Jones: Rebel's identity
If Rebel is West, I'll throw my shoe at the TV. Not because I'd mind the show acknowledging something else from season two, but because there's no way that wet blanket of a kid has the presence to be any kind of interesting rebel. 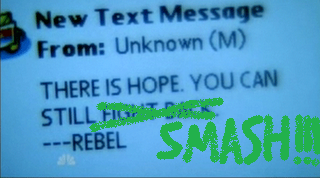