However, money aside, I can recognize unfairness when I see it. And A-Rod has been treated unfairly throughout his career. He's been called anything from a greedy SOB to the man who ruined baseball. And for what? He did what any other person would do and signed with the team that offered him the most money. The venom originally aimed at A-Rod never made sense. 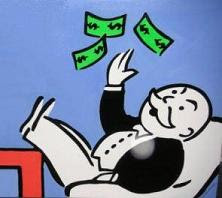 Ever since the $252 million dollar contract with the Texas Rangers Alex Rodriguez's career has been under a microscope. I suppose that's understandable, but the microscope was unrelenting. No matter how well A-Rod would play, it wasn't worthy of $252 million. And baseball fans would delight when A-Rod or his team wouldn't do well. Then Alex Rodriguez was traded to the Yankees: a team with a fan base that you can NEVER please and a team every other baseball fan hates. A-Rod's move to the Yankees cemented his place in baseball villainy despite him having little choice in the matter.

This is not to say he hasn't made his situation worse. Announcing he's opting out of his contact during the World Series is a apparently a really bad PR move. Running around with strippers when you know the media is watching you like a hawk isn't smart either. A-Rod's real problem, though, is that he always tried to make the public like him, but the more you want the public to like you the less likely they will. Of course, there's no excuse for taking steroids and lying through his teeth in his press conference after being caught doesn't really help matters either.
Which brings me to my main point. Alex Rodriguez was recently outed for using steroids. In the 2003 season Major League Baseball performed no-penalty steroid testing just to see if there was issue with steroid use in baseball. 104 players tested positive for steroids that season. The records of the failed steroid tests and the players associated with the tests was supposed to be kept private, permanently. In 2009 one name (and one name only) was leaked from those failed tests, Alex Rodriguez. What was that I was saying about A-Rod being treated unfairly?

I suppose this is a good time to bring up the point that I'm not pro-steroids (or HGH or whatever, let's just call them Performance Enhancing Drugs (PEDs) from now on). I'm stating now that I'm anti-PEDs. But I'm against PEDs for seemingly different reasons than everyone else. I'm against them because they're illegal, and more importantly, they're dangerous. If you allow PEDs in baseball you create a culture where to be able to compete in baseball you need to take PEDs and jeopardize your health. I don't want to watch a sport where a player is almost forced to take a drug with potentially harmful side-effects in order to compete. (This was how baseball was from 1993 - 2003. And who was turning a blind eye to it all, Bud Selig?)

It seems to me people are against PEDs for completely different reasons than what I stated. People seem more obsessed with PEDs "tainting the record books." They think most of the current record holders in baseball are fraudulent and that's their problem with PEDs. And to that I say BS. Quit your whining. 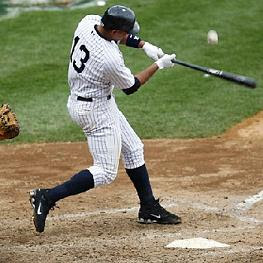 Every baseball season you're going to hear about some pitcher who has a ligament tear in their pitching arm. You know what happens? They get Tommy John surgery where the torn ligament is replaced by a tendon from another limb. After a year of rehab they will pitch as well as they used to, and in some cases, better. Yes, it's been know to happen where a person pitches harder and faster after Tommy John surgery. But nobody cares about this type of "performance enhancement" pitchers of the past never had. Shouldn't we throw away any stats a pitcher accrues after Tommy John Surgery since if it was 50 years ago that pitcher simply would have never pitched again?

After the news of Alex Rodriguez's failed steroid tests the Commissioner of Major League Baseball, Bud Selig, said he was surprised. And as an aside, I call shenanigans on that. Are you telling me Bud Selig doesn't know anything about these tests and who failed them? These tests have been around for 5 years and he's the freakin' commissioner! Give me a break.

Oh, and all you players\managers feigning outrage over the A-Rod 'scandal', get off your high horse. We all know that if you weren't taking them, then you were aware of teammates who were. So, shut up.

Anyway, Bud Selig is threatening to erase Alex Rodriguez's stats from 2001 to 2003 (the time frame A-Rod admitted to using steroids). Which may sound reasonable except for the fact that he did in fact play during that time and did hit home runs. You really can't take that fact away from him. They counted when the game occurred and appear in the game's box score. Or are you seriously planning on going through every game and taking away any RBI or Run A-Rod may have scored? Couldn't that change the outcome of the games in which Alex Rodriguez had RBIs or Runs? Are you going to change in the record books who won those games? My point is, you really can't just say something didn't happen when they did happen. And let's keep in mind Alex Rodriguez was operating under a culture that Major League Baseball tacitly endorsed.

People say that PEDs are the greatest threat to Major League Baseball. That is completely false. Take a look at this website. As you can see, the website consists of MLB's official list of all the World Series Championships. You notice anything odd? Look at year 1919. According to the website the Cincinnati Reds beat the Chicago White Sox fair and square. However, there's a piece of information missing. You see, that World Series was as fixed as any WWE wrestling match you've ever seen. Bookies paid off the White Sox to throw the World Series and it completely illegitimized everything sports is about. (And yes, Kevin Costner, Shoeless Joe Jackson still tried his hardest despite accepting the payoff money.) To MLB's credit, they've done everything possible make sure it never happens again. However, casting doubt on the competitive nature of a sport, especially in its championship game, is THE greatest threat to any sport. Yet still that World Series stays on the record book like any other Worlds Series. There isn't even an asterisk. But we want to erase A-Rod's records because of PEDs? PEDs are bad, but fixing a game is worse. 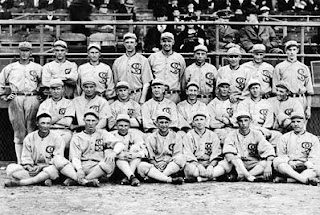 However, I'm willing to entertain the notion that cheaters should not be allowed in the Hall of Fame. So I did some digging. Check out this page for Gaylord Perry from the National Baseball Hall of Fame's website. From reading that page it sounds like Gaylord Perry was a great pitcher. He was. He has great stats. There is something missing, though. Can you guess what it is? No? Well, apparently Gaylord Perry's pitching stats were accrued by mostly using a pitch that was deemed illegal in Major League Baseball since BEFORE HE WAS BORN! Gaylord Perry was the master of the pitch called the 'spitter'. (The term 'spitter' in this case is actually a bit of a misnomer. Gaylord Perry used more snot and Vaseline than saliva.) Oh, and there's no allegedly about this. He freaking wrote a book about it! Yet Gaylord Perry is in the Hall a Fame without any asterisks whatsoever but A-Rod should never be allowed in Hall of Fame? Where's the consistency?

In the end, what I'm asking is for everybody to take a deep breath and realize that what has happened has happened. There have always been "Eras" in baseball. There was the Dead Ball Era, the Coked Up Winter Wonderland 80's Era, and now there's the PED Era. Each Era's stats can be examined individually by baseball historians. As the game moves forward I am confident that people will be able to keep the inflated hitting stats of the PED Era in perspective.

You can take away Alex Rodriguez's stats, but there's still 103 other players who tested positive whose stats will remain. And that's not counting those who weren't caught or those who used HGH which Major League Baseball still can't test for. Let's face it, there's no way around the PED Era and the players, the owners, MLB, and even the fans are all at least partially responsible for it happening. But now MLB is on the road to becoming PED free (as free as it can be) and that's a good thing.

I'm all for stiffer penalties on PEDs now. But the past is the past and A-Rod's transgressions took place 5 years in the past when there were no penalties for steroid use. But if you really insist on A-Rod's stats being erased and him being denied the Hall of Fame, then I'll let you babies have your bottle. However, the other 103 names need to be made public or else I really would feel sorry for Alex Rodriguez. Well...not really....but you catch my drift. 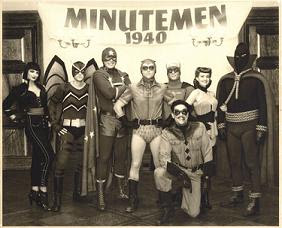 Email ThisBlogThis!Share to TwitterShare to FacebookShare to Pinterest
Labels: A-Rod, Baseball, Dad...You Want To Have a Catch?, PEDs, Steroids