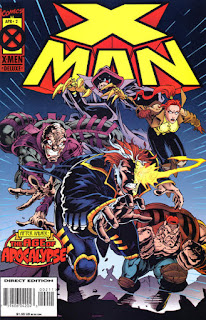 In a Nutshell
Forge & Essex argue over the development of Nate's powers as Nate stretches their limits.

Plot
Domino, Grizzly & Toad interrogate Rossovich, looking for information about the telepath they've been tasked with locating. Meanwhile, Forge trains in hand-to-hand combat with Nate, hoping to teach him the importance of not relying on his powers, but Forge worries all he's doing is pushing Nate into the arms of Essex. To his point, Essex, who is more open to the idea of Nate exploring his powers, helps Nate turn his power on himself in order to fly. Essex then tries to sell the troupe on making a nearby bio-engineering plant their next target, and Forge reluctantly agrees to recon the site. But when Nate sees the atrocities being committed there, he impulsively springs into action, drawing the attention of the Madri and overexerting his powers, forcing the troupe to retreat. That night, Nate astral projects himself & Theresa back to the strange mansion he recently visited, where he briefly encounters Magneto and learns it's the home of the X-Men. Returning to their bodies, Nate wants to know why Forge was so adamant to keep him away from the biggest gun in the resistance. Meanwhile, Brute confronts Essex, having figured out who he really is, only to be killed. Shortly thereafter, Forge confronts Essex, but the pair are interrupted by the arrival of Domino and her bounty hunters.

Firsts and Other Notables
In a chilling scene, Brute figures out who Essex is, and is killed for his trouble. 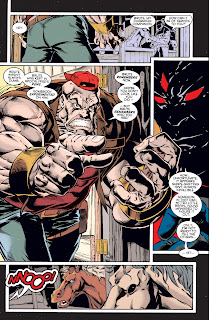 At Essex’ urgings, Nate discovers he can fly. 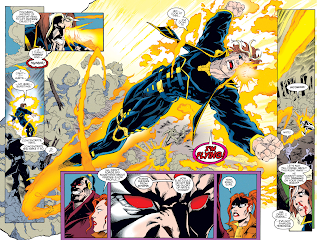 Through the Looking Glass
Domino is joined in her bounty hunting efforts by Grizzly, he doesn't look a whole lot different than prime Grizzly. 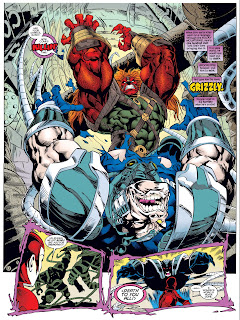 Rounding out their trio is Caliban, who, like Toad with Forge's troupe, is rendered in stark contrast to his prime counterpart, being egotistical & erudite in this reality. 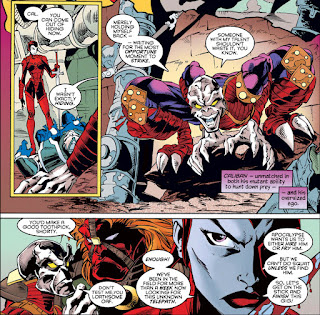 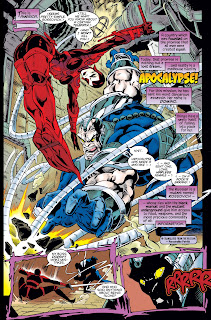 A Work in Progress
Essex leads Forge’s troupe to a secret facility where Beast’s theory that human bone marrow (on a catastrophic scale) can be processed into mutant DNA. 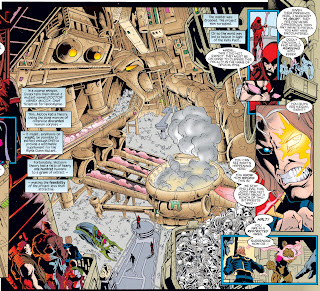 During the ensuing attack on the facility, one of the Madri realizes Nate is a powerful telepath and departs to alert Apocalypse, which is presumably the method Domino and her team use to track down the troupe at the end of the issue. 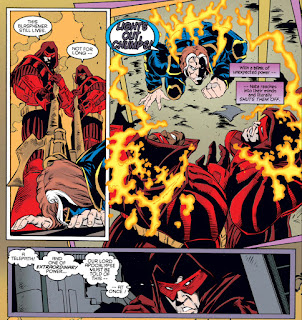 Essex is dismayed when Nate is seemingly defeated with ease by one of the Madri. 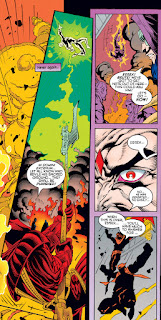 Nate astral projects himself and Theresa, going back to the X-Mansion, where’s Charles is able to see them and they almost interact directly with Magneto. 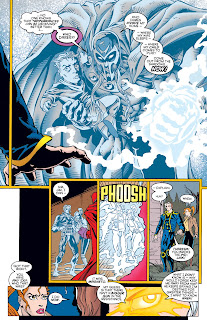 The Reference Section
Domino asks “whatcha gonna do when the law comes for you”, presumable a reference to the theme song of COPS, a TV show that couldn’t possibly exist in this world. 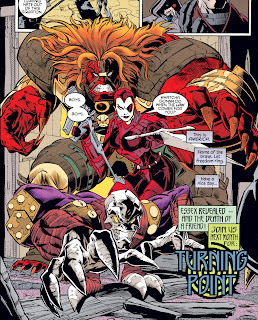 Austin's Analysis
Even after only two issues of existence, much of the characterization that will make reading the further adventures of Nate Grey such a slog are well on display here, as Nate is depicted as petulant, annoyingly head-strong, and suffering from bad judgement, realistic traits for a teenager casting about to find his place in the world but not the most entertaining to read nevertheless. Thankfully, there's still plenty of enjoyable stuff in this issue to overshadow Nate's limitations, notably the quiet power struggle going on between Forge & Essex over which of them is the better father figure/mentor to Nate, which also carries over the subtle Shakespearean undertones from the first issue. The series-specific plot also ramps up here, as Brute discovers Essex' true identity in a scene that remains chilling even though Brute is an afterthought of a character at best, showcasing a surprising acceleration in plot developments for the second issue of a series (we're basically already at the "shit is about to hit the fan" point most stories save for their penultimate issues). X-Man therefore remains largely entertaining as it hangs out in its own little corner of the "Age of the Apocalypse", though that is, troublingly, largely in spite of its title character.

Next Issue
Next week: Month 3 of "Age of Apocalypse" begins with Astonishing X-Men #3, Factor X #3 and Weapon X #3!