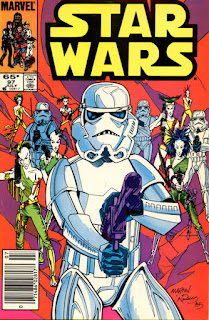 In a Nutshell
Luke & Kiro evade the Nagai invasion force as they attempt to rescue Dani.

Plot
Luke, Kiro and the captive Lumiya watch as the combined Nagai-Imperial forces deploy on Kinooine, then depart for their ship to regroup. Inside the Nagai base, Den tortures Dani. Back at the ship, Luke restrains Lumiya before he and Kiro depart to rescue Dani, but they are interrupted by a trio of Nagai soldiers. Luke attempts to use the Force to send them on their way, but Lumiya breaks his hold on them, forcing Kiro to kill them. Meanwhile, Mon Mothma & Admiral Ackbar confirm that a state of war exists between the Alliance and the Nagai/Imperial faction. When Han announces his intention to locate Luke on Kinooine, Mon Mothma forbids him from going, saying they need all their soldiers here, but Han angrily storms off, intending to go with or without her permission. Back on Kinooine, Kiro rescues Dani while Luke steals some data for the Alliance from the Nagai computers. But as they leave the base, Dani & Kiro are confronted by Den, prompting a fight which ends with Kiro & Den falling into a nearby river, from which neither emerges. Determined to warn the Alliance about the Nagai so that Kiro won't have died in vain, Dani & Luke return to their ship, only to find that Lumiya has escaped.

Firsts and Other Notables
This issue confirms that the Nagai have allied with the Imperial remnant, as the former seeks new worlds to inhabit and the latter revenge on the Galactic Alliance. 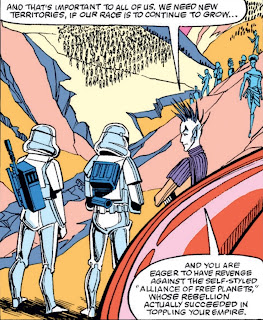 Kiro seemingly dies this issue, plunging into the water along with Den, from which neither emerge. Pointedly, Luke & Dani are forced to leave before conducting a proper search, and Kiro will indeed turn up alive later in the series. 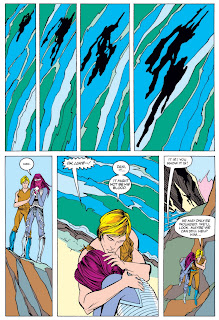 During a briefing on the Nagai invasion, Mon Mothma reminds the Star Warriors they are not on the Alliance ruling council (presumably a reference to the whole “they were busy preventing a military uprising so we kicked them out of the organization” plotline), and are beholden to follow orders, which prompts Han to basically tell them to eff off before storming off to help Luke. 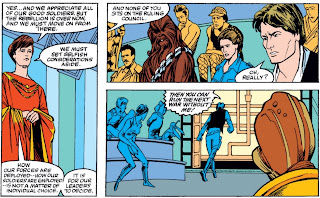 A Work in Progress
Den’s last name is given as Siva.

Den tortures Dani in an attempt to learn why Zeltrons are both so appealing and so fierce. 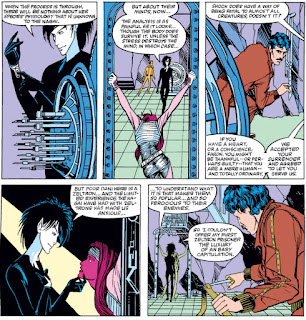 A personal connection between Knife & Han is teased. 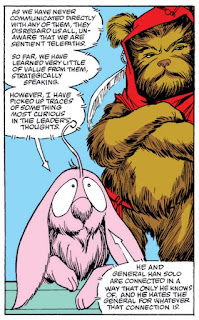 Use the Force
Luke attempts to use the Force to send away a group of Nagai warriors, but Lumiya is able to call their attention to it, breaking his hold. 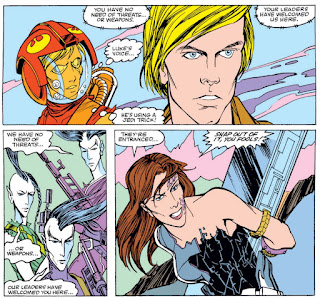 This leads to Kiro killing the Nagai, something Lule grudgingly concedes was necessary. 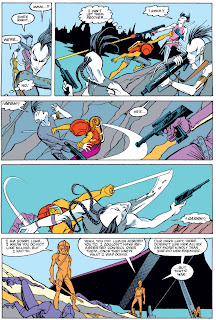 Taking a page out of Obi-Wan's book, Luke uses the Force to help him sneak around the Nagai base. 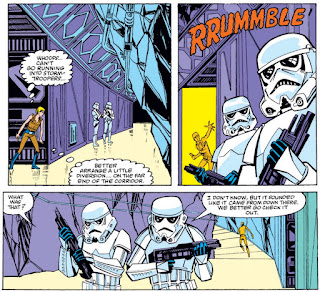 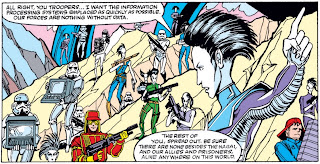 Austin's Analysis
After the relative intensity of the previous two issues, things are a bit more subdued here (which is a strange thing to say about an issue featuring a galactic invasion and a resurgent Imperial force...), as Duffy brings to a close the first act of the Tof-Nagai War storyline, even as it's made very clear this is simply the introductory act, as all the plot developments (Kiro's death, Lumiya's reveal & escape, Dani's capture & rescue) are on the micro level, while the larger Nagai/Imperial alliance remains very much a going concern as they establish their foothold on Kinooine. And while the issue lacks some of the opportunities for engaging action-oriented art as the previous two issues, Martin's work continues to crackle. Some of the Imperial designs look a little off-model, but Martin makes up in style what her work may lack in fidelity to the films. All in all, as the the first phase of the Nagai story comes to a close, it leaves the series in an exciting & promising place.

Next Issue
The return of the dreaded fill-in issue, featuring Han Solo, Fenn Shysa and the debut (?) of Bey.