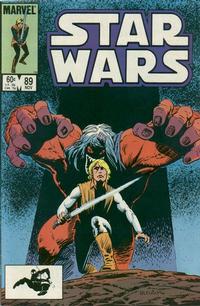 In a Nutshell
Luke helps overthrow an Imperial-aligned government on the planet Solay.

Plot
Fighting alongside local rebel leader Raggold on the planet Solay, Luke storms the throne room of the corrupt King Blackart. But during the battle, Raggold is shot, and with his dying breath, tells Luke he was struck down by a traitor in their midst. Luke immediately thirsts for vengeance, but is stopped by another rebel, Mary, who reminds him revenge is not the way. Weeks later, Imperial forces attack the planet, and Mary is killed. Enraged, Luke vows to find whomever killed Raggold, robbing the rebels of his leadership, which in turn led to the Imperial resurgence. Luke befriends a young thief named Scamp, who tells him the rebellion was an Imperial scam designed to fail all along, and eventually takes Luke to meet Braxas, a local information broker. Braxas agrees to tell Luke the identity of the rebel traitor in exchange for passage off Solay, and Luke agrees. Braxas gives him a data tape revealing Raggold was the traitor all along, and that he killed himself out of guilt. Shocked, Luke once more abandons his quest for revenge and leaves the planet with Braxas, vowing to return one day to finish what Raggold & Mary started.

Firsts and Other Notables
Another fill-in/inventory story, this is written by series editor Ann Nocenti (at least, she was the series editor when it was published), with art by future New Mutants artist Bret Blevins, making him the third former or future New Mutants artist to work on the series (keep your fingers crossed for Rob Liefeld's Star Wars!).

The cover of this issue, likely unintentionally, is reminiscent of issue #77’s, with Luke being dwarfed by a hulking figure; here, he’s facing the reader instead of the creature.

While this issue was presumably written before Return of the Jedi, a narrative caption esablishes that it takes place after the fall of the Empire. Presumably, it occurs after the movie and before Luke is sent out on the mission with Plif that culminates in him finding Rik Duel's game and Kiro.

A Work in Progress
Luke rightly points out that acting in revenge is acting via the Dark Side of the Force. 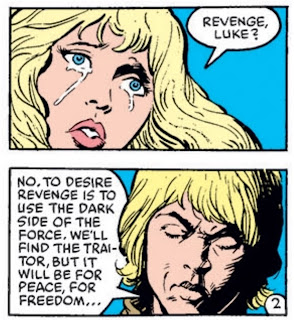 Luke's lightsaber hilt is drawn like the one he had before he built a new one just prior to Return of the Jedi (though artists have always played fast and loose with the look and color of his lightsaber throughout the series). 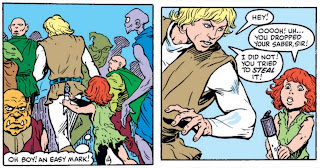 Luke uses the Force to pull Mary from a mob up into a second level window. 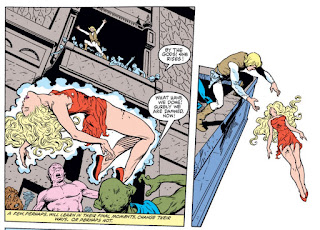 He also uses it to interrogate a possible rebel traitor.

The Reference Section
Braxas looks like a wheelchair-bound ET. 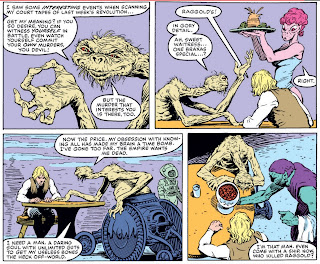 Remember Return of the Jedi?
When Luke is told that truth often depends on a certain point of view, it’s either a missed opportunity to callback Ghost Obi-Wan’s similar phrasing in Jedi, or, if this was written before the film, a huge coincidence.

You Kiss Your Sister With That Mouth?
Luke thinks to himself that Mary reminds him of Leia, then a page later kisses her, further suggesting this was written pre-Jedi (and therfore pre-sibling rveal/love triangle resolution) and the celebratory “end of the Empire” captions added after the fact.

Just Yesterday, In a Galaxy Surprisingly Close By
“Morals-shmorals” is apparently a linguistical device that exists in the Star Wars galaxy. 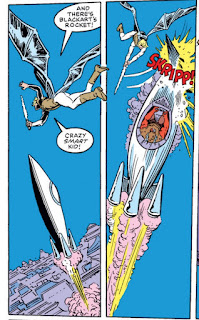 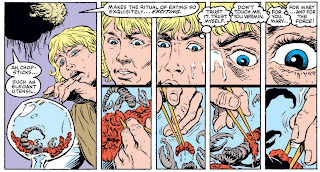 It's in the Mail
Responses to letters tease the previously-suggested trip to Kashyyyk occuring in the near future, as well as the return of Fenn Shysa.

There's also an ad on the letters page for the licensed Transformers series (which began as a limited series but was converted to an ongoing when it turned out to be a sales hit).

Austin's Analysis
We're back in fill-in/inventory story burn-off territory, and even worse, this is an Ann Nocenti-written fill-in, so on top of the usual sci-fi trope-heavy, self-contained narrative featuring just one main character, there's plenty of instances where the characters & narration spell out the themes of the story in the most heavy-handed way possible. It also doesn't help that, despite having been editing the series for awhile now, Nocenti's Luke falls somewhere between "a little off" and "wildly out-of-character" in terms of characterization (of course, it's possible this story was written before Nocenti worked on the book regularly), with him vacillating between wanting vengeance and recognizing it has a path to the Dark Side, while showing greater interest in romance than at any point post-New Hope.

A bright spot to this issue, however, is the art from Bret Blevins, whose work plays up the fantasy elements in Star Wars' "science fantasy" approach, populating this story with colorful aliens & settings that would feel at home in both a more traditional fantasy story as well as a more explicitly sci-fi one (reminiscent, in many ways, of his later New Mutants work on the Gossamyr/Spyder and Asgard stories). The arthelps keep this issue from being a complete wash, but it's not enough to fully offset the off-key Luke & Nocenti-isms populating the script.

Next Issue
Luke & Leia are reunited!