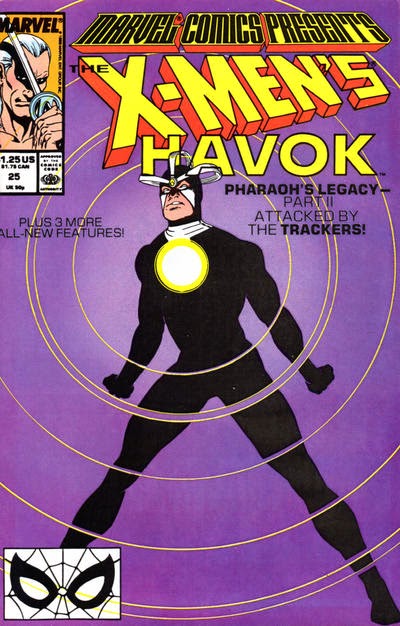 In a Nutshell
Havok battles the Cult of the Living Pharaoh and their new leader.

Plot
Issue #24: On leave from the X-Men, Alex Summers rescues a stranded woman from an attack by a group of heavily-armed mercenaries. He fights them off, but his car is destroyed, forcing them to walk to the nearest town. The woman introduces herself as Leila O'Toole, and tells Alex of how she escaped from a group of Egyptian cultists, who employed the mercenaries which attacked her to get her back. Just then, the pair is caught in a trap laid by the mercenaries. Issue #25: Alex blasts free of the mercenaries' trap, and he and Leila fly off in one of their vehicles. Reaching town, the pair decide to stay together, and over the next few days, draw closer to one another. At dinner, the mercenaries attack again, this time led by someone resembling the Living Pharaoh, and they manage to escape with Leila. 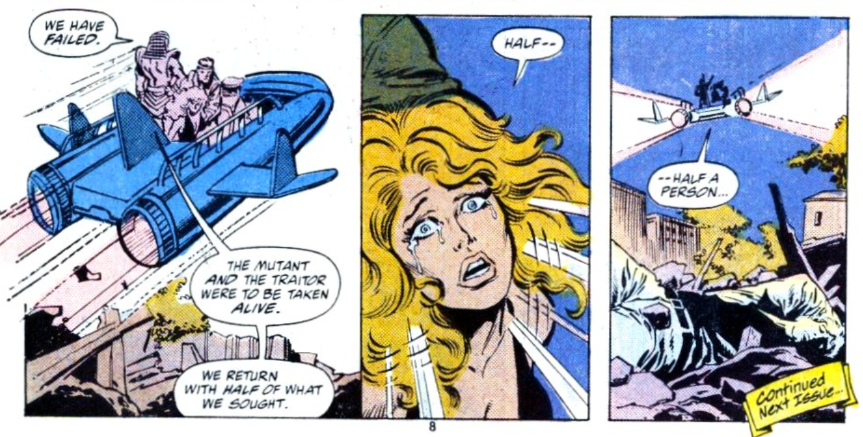 Issue #26: Havok tracks down the mercenaries' leader, and learns that Leila has been taken to Egypt. Issue #27: Alex arrives in Egypt, and is immediately targeted by the Pharaoh's Cult. He fights them off, then makes his way to their headquarters, where he encounters more Living Pharaoh doppelgangers called Trackers. Penetrating deeper inside the cult's temple, he finds their leader holding Leila captive, and is told that to save her life, he must duel to the death with the Trackers. Issue #28: Havok battles the Trackers, defeating all but one, who seems to grow more powerful the more Havok blasts him. Finally, Havok knocks the last Tracker through a wall, but the Tracker emerges from the rubble, armor falling away to reveal a masked woman named Plasma, the rightful descendant of the Living Pharaoh, whom the cultists declare their queen. 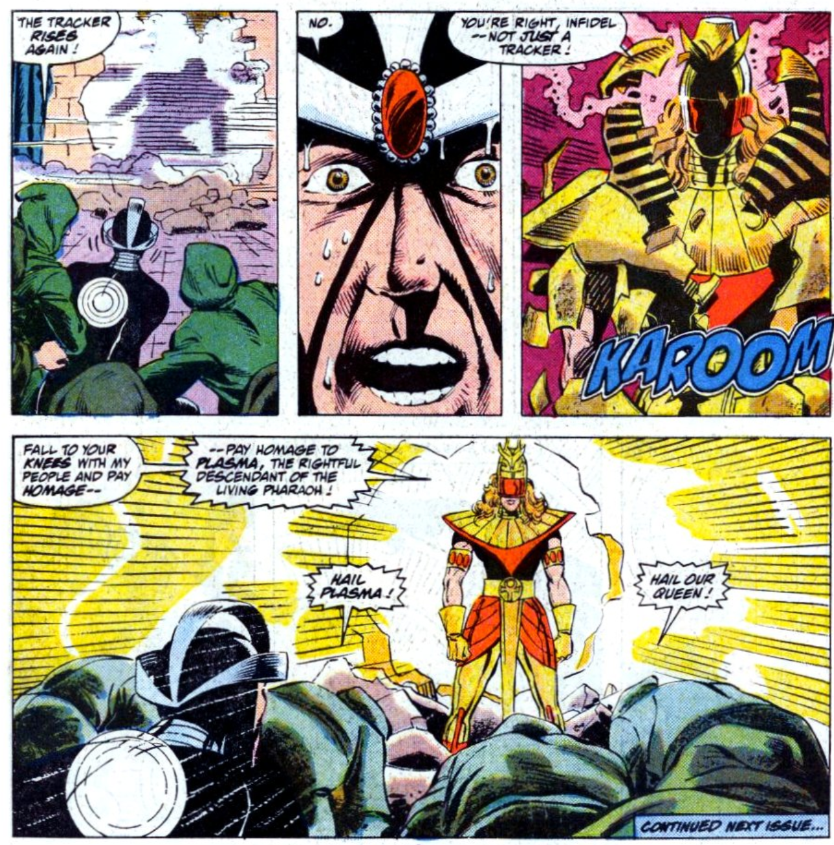 Issue #29: Havok manages to escape from the temple, fleeing into the Egyptian desert where he's found by Wolverine, who's been tracking him since Cairo. Together, they fight off a group of cultists sent to retrieve Havok, but he vows to return to their temple, still determined to rescue Leila. Issue #30: Havok and Wolverine fight their way into the temple, eventually reaching Plasma, who reveals herself as Leila. Issue #31: Leila explains how she was indoctrinated into the cult and sent to capture Havok. Coming in close proximity to him, she realized she was the rightful heir to the Living Pharaoh, her uncle. She asks Havok to blast her with his full power so she can continue the Rule of the Pharaohs, but he refuses. They fight, with Havok careful not to blast her, but her stray blasts begin to collapse the temple. Havok ultimately punches out Leila, saying that's exactly what she deserves. With that, he leaves, swearing that she'll be the last woman to ever use him.

Firsts and Other Notables
The villain of this story is Plasma, the niece of the Living Pharaoh and the new leader of his Egyptian cult. She first appears as Leila O'Toole in issue #24, then as Plasma in issue #28. As far as I know, she appears once more, in a Moon Knight story, and that's about it. 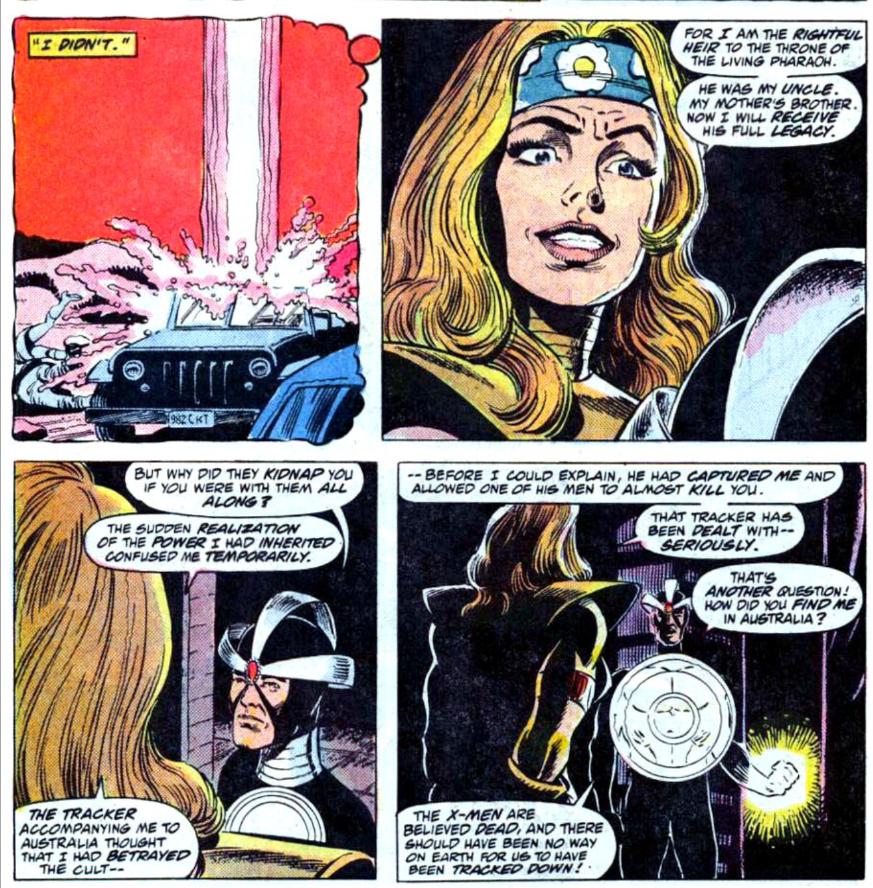 As of issue #29, Wolverine guest stars in the story. Apparently, Marvel didn't think Havok could headline the series for long without a little help from his more popular teammate. He doesn't really add much to the story, other than to put this story into comparison with the Meltdown limited series for both featuring an otherwise unusual Havok/Wolverine team-up.

After the Cyclops story wraps in issue #24, Havok takes over top billing from his brother for the duration of this story with issue #25.

This story is written by Howard Mackie, who is probably most well known (and somewhat unfairly reviled) for his work on the Spider-Man books in the late 90s and early 00s. Unfortunately, this won't be the last we see him, as he'll eventually reunite with Havok while running X-Factor into the ground towards the end of its run then relaunching it as the Havok-centric alternate universe series Mutant X, work for which he is mostly fairly reviled.

Art comes from Rich Buckler, whom we recently saw filling in on New Mutants #76.

The Chronology Corner
Havok and Wolverine appears here between X-Men Annual #13 and the Meltdown limited series. 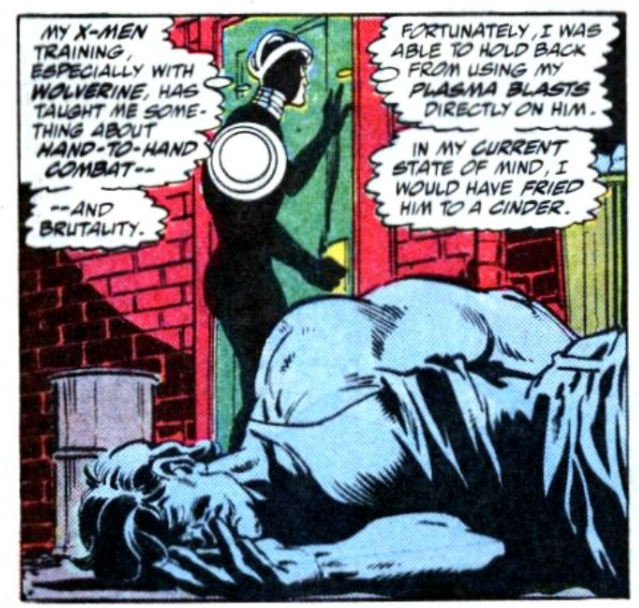 In issue #27, Havok says he left word with the X-Men as to his whereabouts, knowing how Wolverine worries about him. Which doesn't quite gel with the Wolverine/Havok relationship we've seen thus far. Similarly, in issue #30, Havok refers to Wolverine as his best friend, which is either woefully inaccurate or kinda sad. 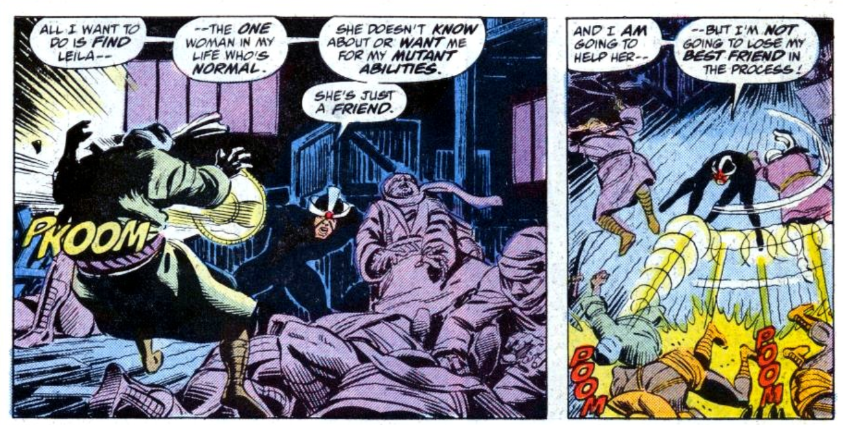 Issue #31, which reveals Plasma's identity to Havok, also establishes that the super-powered Trackers he fought throughout the series were Leila's cousins. She is, of course, wearing her dopey headband beneath her Plasma mask, because how else would we recognize her...

Leila says that she was able to locate Havok, despite the X-Men having faked their deaths, thanks to the shared psychic bond she inherited from her uncle. 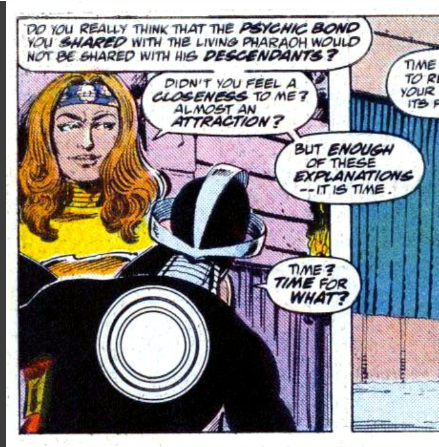 Young Love
In the wake of both Polaris and Maddie turning evil, Alex swears he'll never love again. Of course, he more or less falls in love with Leila in this story. Then she turns evil. And he swears to never fall in love again. 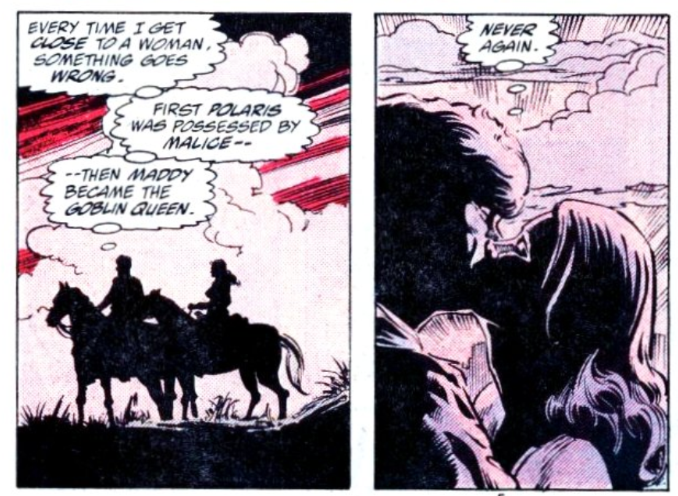 Teebore's Take
Well, it's a Havok solo story, which, even in 1989, means it has to involve the Living Pharaoh. The Havok/Pharaoh connection is one of the weaker elements of the character's history (in that it's a completely arbitrary connection born of whacky Silver Age plotting), but thankfully, Mackie tweaks it a bit (in, granted, the most obvious way possible) by making the villain of this story a relative of the Pharaoh rather than the Pharaoh himself (kudos also for making it a niece and not a daughter). One of the reasons the Pharaoh keeps getting dragged out for Havok solo ventures (his turn in the old Marvel Team-Up also centered on the Pharaoh) is that, unfortunately, there's still not a whole lot else to Havok's character at this point. To Mackie's credit, in addition to the Pharaoh connection, he does pick up on one of the more notable (albeit recent) elements of Havok's characterization for this story: the fact that the women he loves keep getting turned into villains.

That makes the whole thing, particularly the ending, a bit edgier than I imagine many Marvel Comics Presents stories to be (I doubt many of them feature the hero telling the villain to suck it as he leaves her to die, all because he's sick of women messing around with him), particularly since it was blisteringly obvious to everyone but Havok that Leila was Plasma all along. It's not enough to elevate the whole story to "must read" level - it's still about two chapters too long and the Wolverine appearance is entirely gratuitous and adds nothing (Mackie picked up on the Havok relationship woes, but calling Wolverine his best friend seems like a stretch, and Mackie struggles with Logan's voice throughout the story). But "Havok as a sadsack whose lovers keep turning evil" is a far more entertaining depiction of the character than "Havok as a living power battery with a rando connection to some whacky Egyptian cultist", and that added angle gives this story just enough juice to keep it from being a complete waste of time.